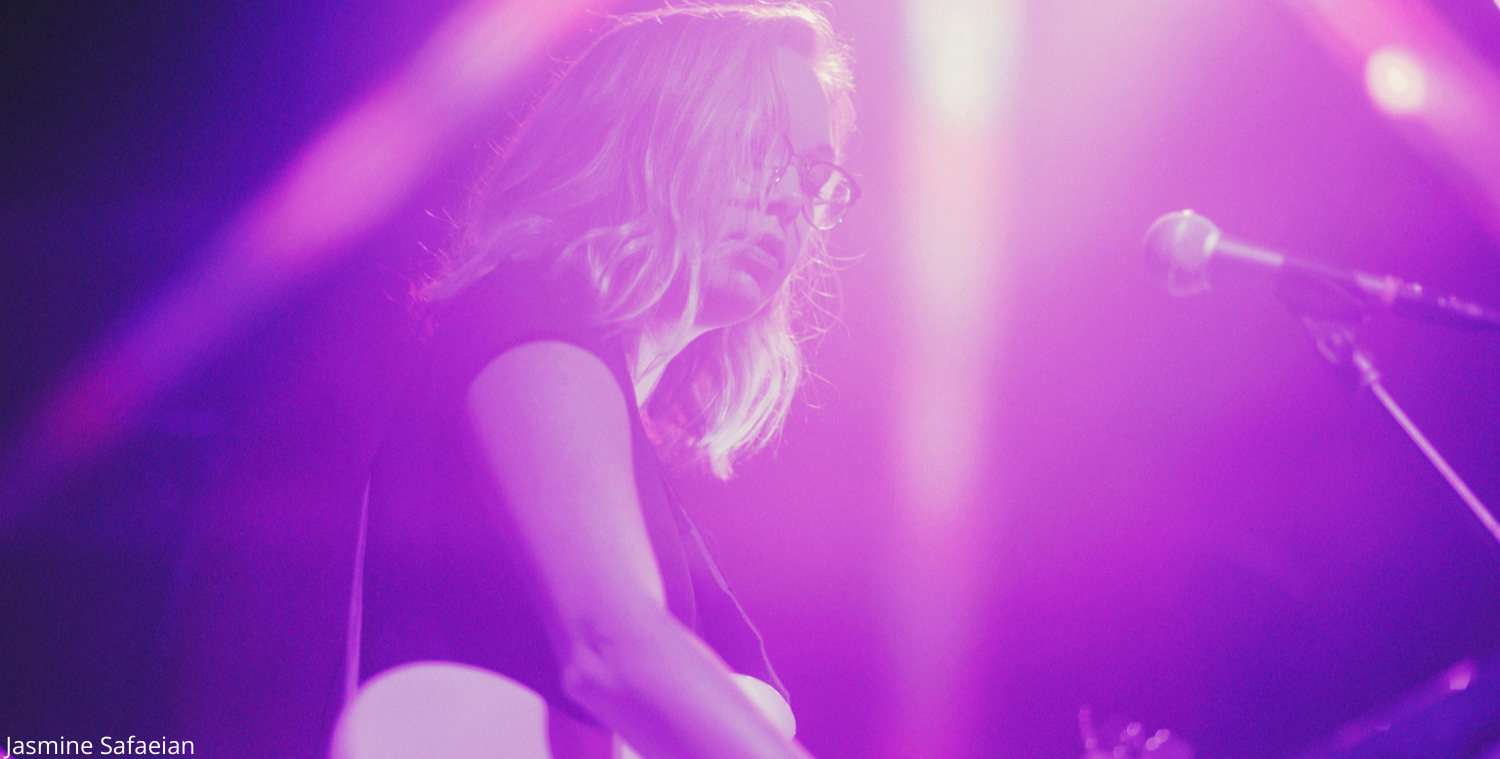 Hayley Jane is a stellar bassist who has studied music almost her whole life. We were first introduced to her when she was touring for BORNS and she's been making waves in the music scene. We talked to her about how she got started in the music industry and why we need more female musicians.

Hayley: I played piano and had singing lessons from the age of seven. I started on bass as a teenager when my brother needed a bass player for his band. I loved it, continued playing and ended up going to Berklee College of music which opened the door to me living in America and continuing my career there. It was all quite a natural progression. 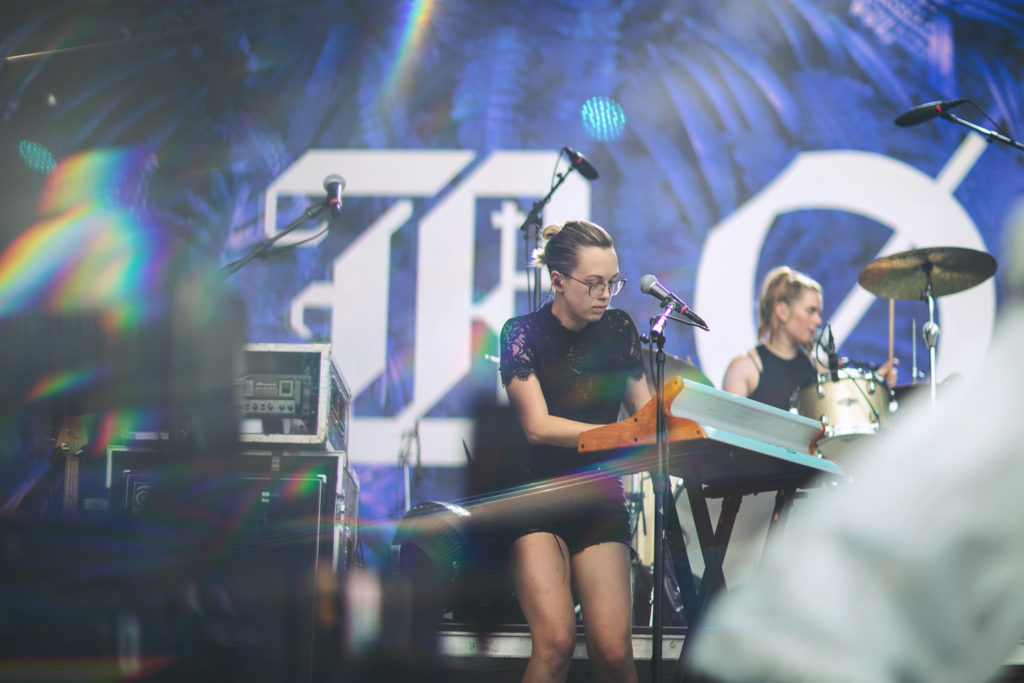 When was the turning point where music went from being a hobby to a career?

Hayley: Professionally, my touring career took off when I moved to L.A. I went out there for a week to visit friends, and ended up being hired for a tour with Emily Kinney, which ended back in L.A. I decided to stay, and it was the best decision I ever made. I surrounded myself with some brilliant musicians and friends out there, who have all played a part in my career thus far and were very helpful and willing to pay it forward when I was new to town.

Hayley: The biggest challenge I find as a touring musician is that it’s difficult to plan your own life outside of the touring bubble, as your career is largely based on someone else’s schedule. I don’t decide when someone’s album cycle begins or ends, how long the tours are or when I’ll be home. I absolutely love being out on the road, so it’s not so much that I wish I was home more but that when I am home it can be difficult to get back into a routine, to feel useful, and not fall into a ‘post-tour depression’ while you wait to leave again. 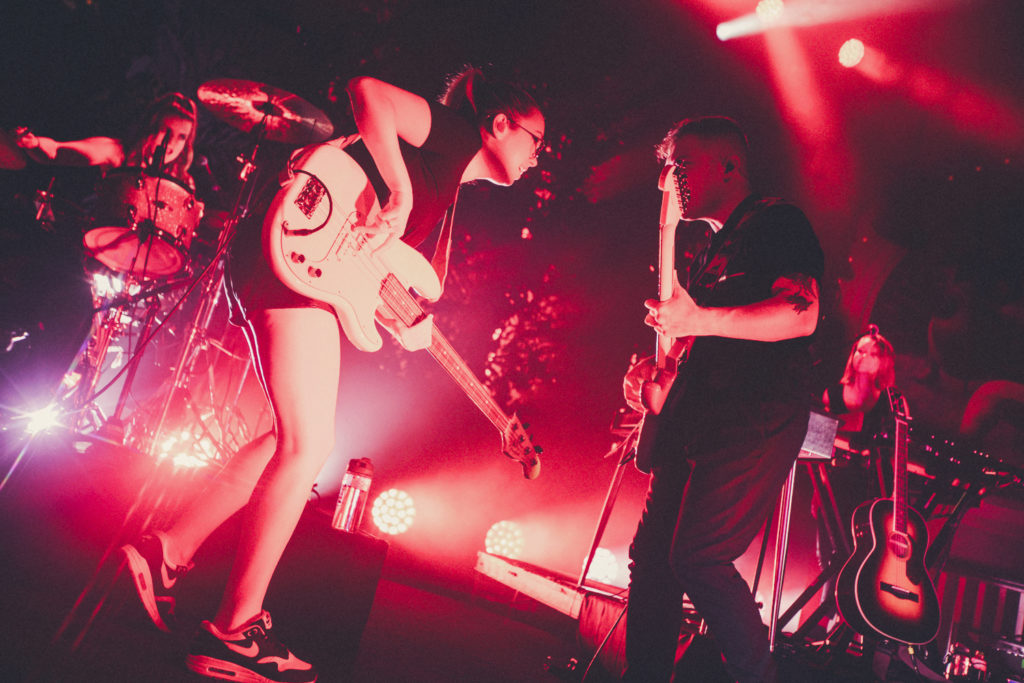 Hayley: The high of getting to play music around the world with great people as my job is definitely my motivation.

What has been the highlight of your career so far?

Hayley: When I was at Berklee, I had this idea that I wanted to come back to Boston on a tour, play a sold-out show at the House of Blues and have my bass teachers in the audience. On my first tour with BØRNS, that is exactly what happened. When I stepped off the tour bus that day I actually cried, because something I had dreamt up was happening. To this day, regardless of the bigger venues I’ve played or things I’ve done, that will always remain a highlight for me.

Hayley: As a young female musician, at first, you might find you have to prove yourself twice as much as your male counterparts. This is because you’re in an industry that has been previously male-dominated. Don’t let this discourage you, use it as fuel to work even harder. If we want to change these stereotypes we need more young women to get into the industry, know that they deserve to be there, and not apologize for it!