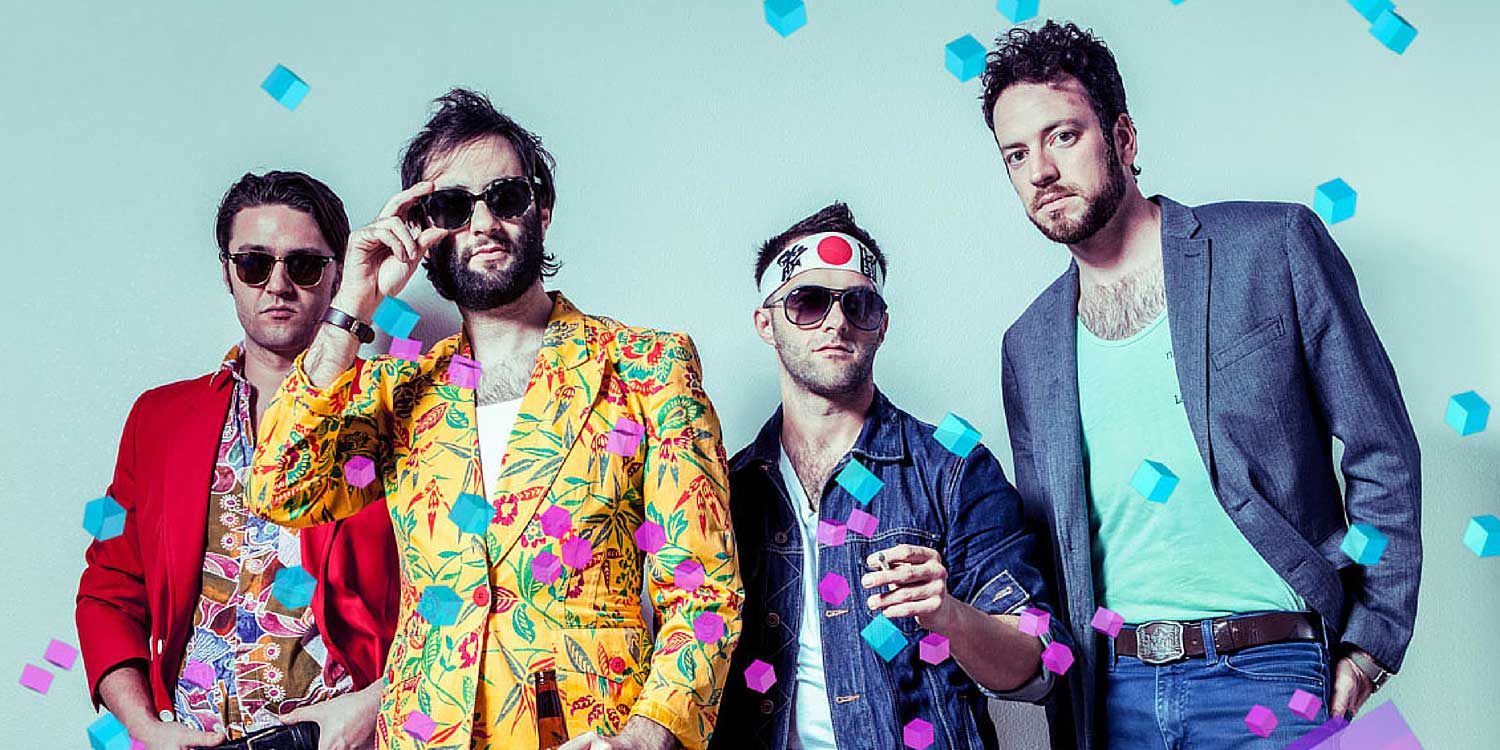 “So i want you to imagine a beautiful nebulous starscape, close your eyes, you are far away in a galaxy and you are on a yacht but it’s not like a yacht in the ocean. It’s a space yacht. There’s all these space yacht things: space cocaine, space caterers and you’re sailing among the stars. That’s what we want to be,” that’s how Bruce describes the sound of Wonderbitch. Interstellar yacht rock.

I feel like everyone in Austin has told me about Wonderbitch. They’re known for their wild live show and their quirky personalities. They’ve been described as the hardest working band in Austin, a great feat considering how difficult it is to make an impact in the congested Austin music scene. Alex says, “Every band in Austin has 99 problems,” any given night there’s a ton of shows going on. It can be hard to stand out.

Wonderbitch became a stand out because they apply the same business methods to their shows as you would for anything. It’s about consistently good shows, social media, and networking. Bruce says, “We try to put on really energetic shows and we try to put ourselves out there a lot and meet people. You have to have a broad network in this town in general just to be plugged in and know what’s going on.” The live show keeps them coming back, it’s a guaranteed good time. Alex adds, “We try to adapt to internet as much as possible and build our brand. We make sure if someone hasn’t heard us yet they know who we are and what they’re getting themselves into.”

That’s the element a lot of bands lack, the ability to see their music as a business. It’s not a glamorous idea but having that knowledge is what gives bands an edge in a competitive market. It’s equal parts talent and work ethic.

They’ve fully committed to this as their lives. Alex says, “A lot of people our age have decided it’s time to get married and have a kid. Not saying it isn’t possible, but we don’t want to hurt our chances. A lot of people in town just like the act of playing music, they don’t want to make a business out of it, and that’s beautiful. There’s a ton of those in Austin.”

Bruce says, “Every band, every musician goes through this. Except for the rare few destined to explode. They go through the same phases of knowing what it takes to make that dream a reality. So much work goes into this. It’s overwhelming and I think we’re now at the point where we’re willing to put in the work and effort.”

That’s not to say their music isn’t a factor in their success. One analogy that they used was that they create an experience like a good restaurant does. Alex says he wants to make their shows and their album like a vacation.

He says, “We love the seventies and eighties. Album production still gets me. You put in the cd or vinyl and they’ve created this world. This vacation. You’re making this an experience for somebody. I get a lot of inspiration from the people that are trying to uplift you and take you to another planet.”

Austin is the capital of live music and Wonderbitch excels on that front. For a rock band the live show is so essential. It’s a part of the genre and it’s what the fans expect. Their show is an integral part of the experience that Wonderbitch has curated.

Watch their video for Beingness: