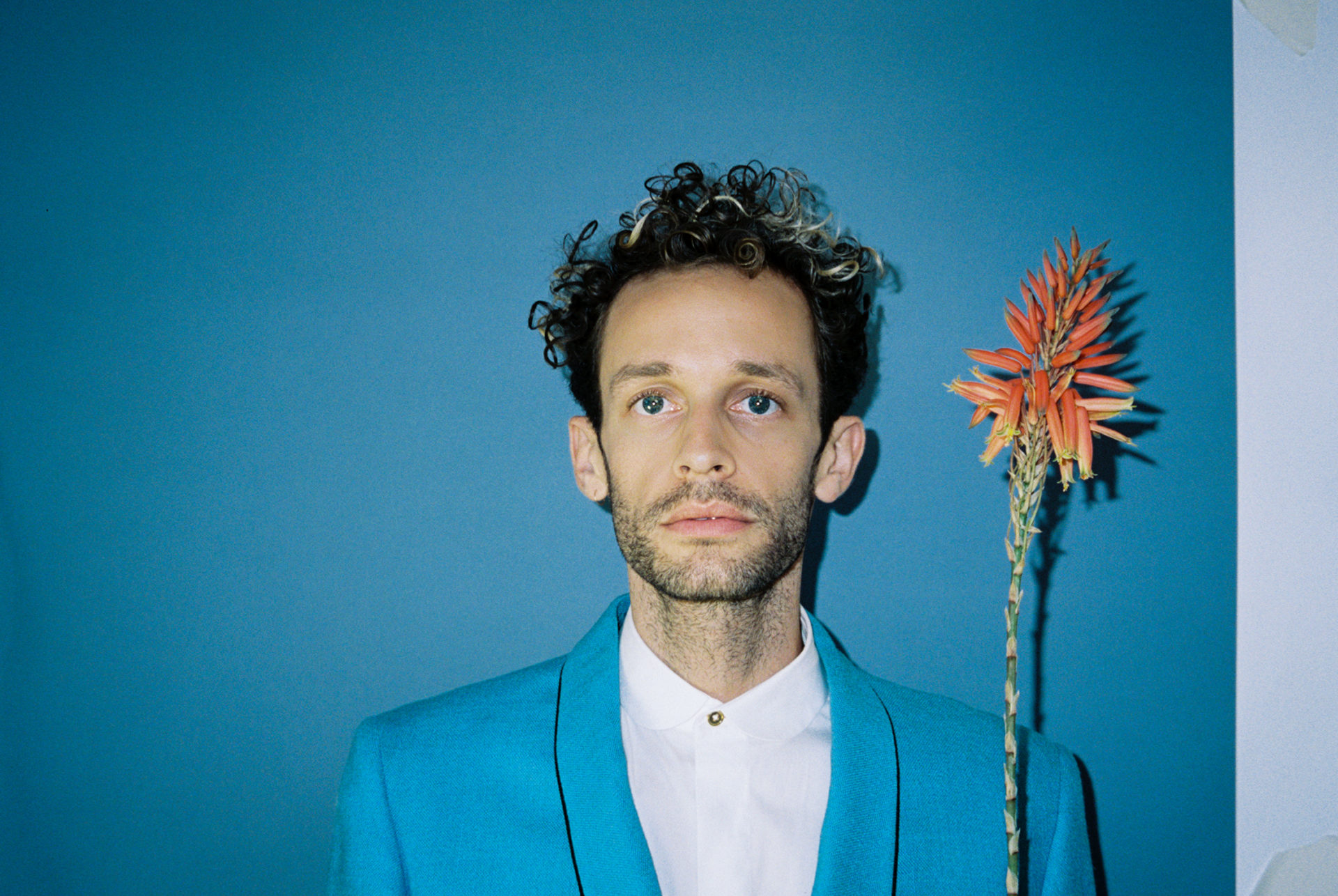 In the years since Wrabel’s 2016 single “11 Blocks” exploded onto the charts he’s traveled the world on numerous tours, written with some of today’s top artists and successfully transitioned from a major label to being independent, all while staying true to himself. We caught up with him recently to chat all about his new EP, “One of Those Happy People” out now.

You recently released “Magic” and “Flickers” as promo singles for the EP. If you listen back to back, it almost sound like two opposite sides of a relationship, is that what you were going for?

Wrabel: It actually was. That makes me really happy that you got that. It really started with Love to Love You and The Real Thing. I had a day booked with one of my favorite producers John Hill and we ended up writing those two songs in the same day. If you listen lyrically, they share little key words and ideas, and that kind of started the EP. We did that and I was like “Wait it feels like we’re making something.” So I kind of ended up half intentionally trying to pull from those things. Even The Real Thing and Love to Love You are the flip sides of each other. So I think I tried to do that a little bit.

I think your fans have been really used to you writing mostly sad songs. I remember even when you announced that the title was going to be “One of Those Happy People,” you were like, “It’s true guys. There’s happy in my EP title.”

You’ve talked a lot about the happy-sad concept and I know you even have a tattoo of it. What has that concept meant to you and how did that play into the EP?

Wrabel: I think especially when we wrote [the song] “One of Those Happy People,” it started like, “I feel happy,” which anyone who’s spent time with me knows I love a sad song. It’s great to feel happy, but it’s hard to write songs about that. I find it hard to capture it without being cheesy or lame or feeling like, “What’s the point? Like if I’m happy, why am I writing it into a song?” I think I grew up thinking that songs are to get out the bad feelings, so I’m playing with the happy and sad. Happy People is one of the saddest songs on the EP, which is pretty funny.

Gotta love the irony there.

Wrabel: I know! I think I just tried to play with that and like you said about Magic and Flickers, play with the two sides of the happy feeling and then there’s the “Well shit, what if it goes away.” That’s why I tried to fit in both of those things. I love Sing Street, the movie. I’ve seen it so many times, and I love what he says - I love it too much, and if you haven’t [seen it], I highly recommend, but the girl tells him, “Love is a lot of feelings. It’s being okay with being happy and sad at the same time,” and I was like “Fuck! Like that is literally it.” You’re in love but then it’s like “What if I lose it? What if you leave? What if I leave you or what if some crazy thing happens?” Basically, the happiest moments can be heartbreaking because you know it doesn’t last forever. You blink, and then that moment has moved on to the next moment.

This is your first release on Big Gay Records officially being independent. How did you know that you were ready to make the transition to be on your own?

Wrabel: I didn’t! I still don’t. The coolest part of it is that now I can write a song and the next day be like “Let’s put it out.” I can make anything and not have to chase anything, and every victory feels very big, whereas I think sometimes in the label system, you can have something that works and does really well but still is like, “Oh but it didn’t do this, or it didn’t get to this number.” And then, it’s like “Who cares!” I didn’t start writing songs because I wanted a certain number or I wanted a certain whatever. I just write songs because that’s what I do. That’s what I love to do, so it’s really refreshing. I’m really proud of the EP because I feel like it’s new for me. Even just the textures of it electronically and the subject matter feels very free to me, and I think that’s a lot to do with the freedom of [being independent].

When you look to the future of Big Gay Records, do you have any plans to bring other artists in?

Wrabel: I’ve had a couple people ask me that. I feel like if I’ve met someone one day who’s an artist that I’m like, “Oh my god, you’re incredible,” I’d think that would inspire it. Other than that, I don’t think so. That’s what it would take - somebody I know and feel connected with their soul like “Let’s see this thing through.” Then I would do that, but otherwise, it’s scary. It’s scary to be responsible for myself. I’ve given my life over to people before, some of which have let me down, and I know what that pressure is, so I think I’d be very careful and would only do that if I felt like I could deliver for somebody.

I’m not surprised that people would want to team up with you because I’m sure so many songwriters and artists look to you as the huge success story. You just got off tour with P!nk!

Wrabel: Yeah I can’t believe it! I feel like I woke up in my bed and was like “Did that happen?”

As a fan and as someone in the music industry, it was incredible watching your journey and living vicariously through that whole experience.

Wrabel: It was really surreal. I kept thinking I was going to get used to it. The first night, I cried and then I was like, “Well it’ll probably be fine for the rest of the time,” and like every other show, every three shows, I was like full in tears at the last note of the song [90 Days].

It’s kind of a hard song not to do that.

Wrabel: It is, it’s really emotional. It’s one of my favorite songs I’ve ever been a part of. It’s just such a true story for me, and then just to be side stage looking up and seeing P!nk, surreal.

She’s such an icon.

Wrabel: It’s very rare that very literal dreams come true. If you asked me two years ago, “Who’s an artist that you’d love to sing with?”, she’d be one of my answers. To actually have that opportunity, and she’s so sweet and so respectful and so appreciative and even just extending an invitation to go out on the road with her was so above and beyond what I expected. People are always like, “Don’t meet your idols,” and I’m like, “I don’t know! I’ve met a couple that are superheroes.”

We’re just two weeks away from the start of your tour! What can you tell us about it?

Wrabel: I’m going out with Billy Raffoul, who is so incredible. We wrote one of my favorite other songs called, That’s What I’d Do, which is very sad. I’m excited. I haven’t toured around the states in a while, and I think it’ll be really fun. Those are kind of my favorite shows to do, any time I get to sit there and my manager’s like, “What’s your setlist?” and I’m like “I don’t know. I’ll tell you after the show what I played.”

It’s kind of nice to be playing a bunch of small venues because you can really make it an intimate storytelling experience, which I know you love to do.

Wrabel: My favorite shows are when I feel like I got to know an artist in a way I didn’t know before, so I just try to do that. To me, there’s not really like glitz and glam. It’s kind of just like, “Hey! Here we are. Here’s some songs. Here’s some stories. Here’s some bad jokes, and let’s get a little bit weird.”