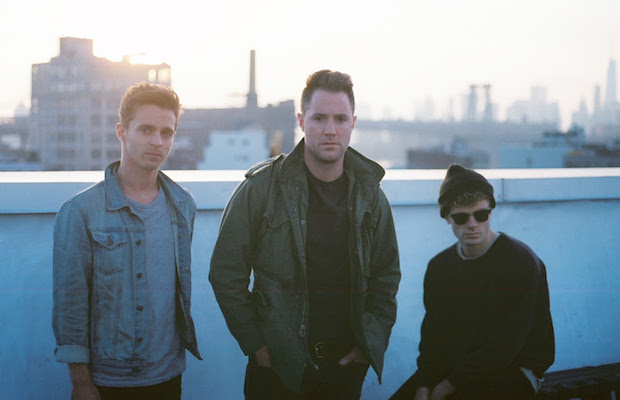 Any Wild Cub fan out there will tell you that their new album “Closer” has been a long time coming. Their first album Youth was widely accepted by indie rock/pop fans, but talking to lead singer and guitarist Keegan DeWitt, I learned that they initially weren’t so sure about their creative process. He says, “We made ‘Youth’ in our house, piecing together a studio, and for a while, we almost felt a little embarrassed about that. Like we weren’t doing it how to big kids do it.”

In an effort to explore their options for their second record, Wild Cub set out to do what DeWitt calls “the big fancy studio thing”. He explains that while it may have seen like the more professional “big kid” thing to do. He says, “We realized that constructing the record in the studio, writing and recording and producing all at once… that was our sound.” They want to stay authentic, and if you listen to the tracks on “Closer,” that’s exactly what they did.

When it comes to music growth, and how “Closer” is different from “Youth,” DeWitt believes that their sound is much more focused this time around. He explains, “drilling down into how we could make ourselves more visceral and distilled.” Spending time on the road for two years also helped him focus “in terms of how you want to speak to people; lyrically, musically, tonally.”

Speaking with DeWitt, I learned a lot of unique qualities within the tracks of “Closer.” He told me that ‘I Fall Over’ is actually one of the oldest demos they have, stating, “It’s had about 5 different lives” being done and redone, and redone again until it was deemed worthy. He also explained that the chorus of the track has some guest vocalists in the form of “a bunch of my little nephews.” Ummmmm…. is that cute, or is that cute?

The last thing I asked DeWitt is what he hopes Wild Cub fans will remember about them. His answer, honestly, made my eyes well up with tears. He is “drawn to making music that feels like a suspended moment… we want to make music that instantly transports people to those brief and beautiful moments in your life… driving home after you’ve just met someone who makes you feel less alone in the world… I hope we can mean that to people.” For me, personally, that is the exact feeling I get when I listen to the track “Go” off this new album. Because, in an unsurprising twist, I cried the first time I heard it.

Wild Cub is wrapping up their tour within the next two weeks, if they’re stopping in your town, you definitely want to check them out.