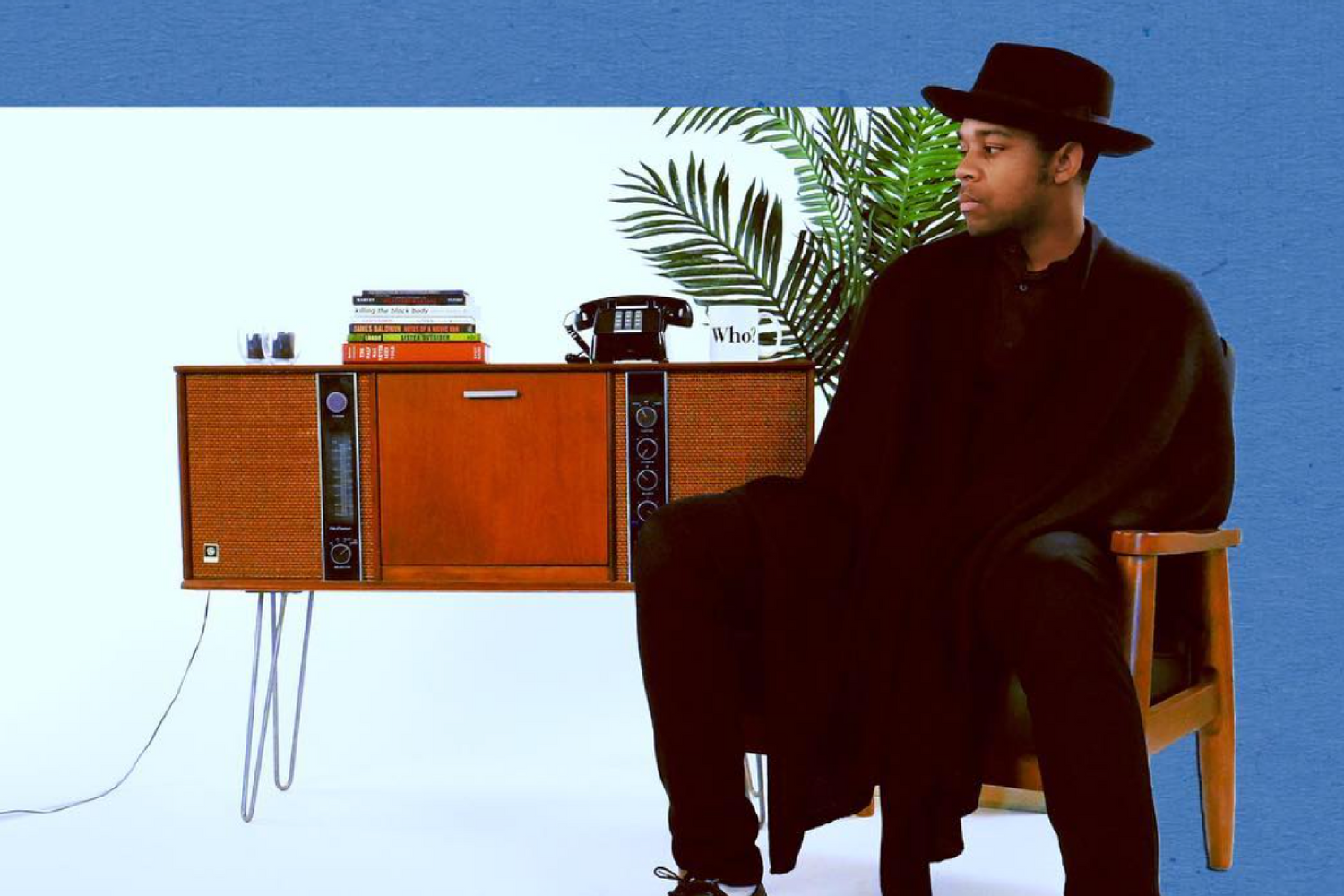 It’s hard for me to describe a Mobley show, you really have to be there. He’s a one-man act, during the show he plays the guitar, the drums, literally everything, and he does it without missing a beat. This isn’t even the thing that impresses me the most, the production and the music both are astounding. His songs will be stuck in your head for days on end. I mean it when I say he’s the next big thing.

Mobley started playing music young, first the violin then the trumpet then the guitar. He accidentally started a band. He says, “Initially it was a trio, I was always writing songs but live it was a trio. Then it was down to me and a drummer. We had a tour scheduled and he couldn’t make it happen so I could either do it acoustic or learn how to do it myself. It’s kind of been the same for me the whole time, but something about not having anyone on stage…it’s different.”

That’s where the audience interaction started happening. He had to learn how to play the songs entirely himself but also give the audience a reason to remember him. The crowd is involved, he hooks them up and makes them into drums. At one show he came off the stage  to perform an acoustic song and sat in the middle of the crowd as we sat cross-legged around him.

He explains, “I’m pretty shy outside of being on stage and so I used to get up on stage and play the songs and not say much. I went on my first tour and being out there I thought, ‘I’m spending all this money and putting all this effort into being here for thirty minutes, I can’t let [the audience] ignore me. That’s when I started interacting with crowds more. They remember you but there’s a lot of aspects to the way we live in this country at this moment in history that condition us to not be in the moment. I really try to get people to be right here and right now.”

At one point during the show he pulls people out of the crowd, straps them by the wrist and has them hold their hands up to the stage. He then hits the hands and they turn into drums. It’s memorably and intersting but it bring back a live-performance that you want to see over and over again.

He explains, “I’m kind of a nerd and I have a background in programming. I used to work in audio repair and a lot of the stuff you see on stage I built myself. I think with most things when you’re in the practice of doing it something that seems hard and foreign becomes more routine. I have these ideas and when the right song comes along I think, okay I can put these together.”

That’s the thing that gives him an edge. It’s a production from start to finish, not only the interactive element, but he makes a video to back each of his songs, he brings his own setup and lights wherever he goes. Each song isn’t just a song but it’s own component. It takes way more time and more effort but it’s those details that define him as not only a musician but an artist. In a sea full of bands, it makes him standout. That effort doesn’t go unnoticed and it certainly make a point that live shows demand attention. There’s some things you just can’t translate just through sound.

He explains, “I want to show people things that they didn’t know they liked. I’ll make what I like then figure out how to communicate to you that you like it to. That’s the job of the artist to interpret that. A lot of people underestimate what they’re capable of. It just takes imagination. Nobody watching the show cares how long it took me to set up they care about what it looks like at the end.”

Currently, Mobley is working on a project titled “Fresh Lies” and it’s not  an album, because as he explains, “For me, an album is a statement; its terms and scope are defined. Fresh Lies isn't an album; it's a song cycle -- it's a large collection of songs that are connected by a thematic and conceptual approach.” The themes cycle around nationhood, identity, and alienation. The project will continue for his entire career.

That’s one of the main things he emphasizes for any young artist. “Make sure you have something to say,” he says, “I think a lot of people get on stage because they want to be seen and heard and there are billions of us and I don’t think anyone is more entitled to the stage than anyone else. So make some action and make a contribution. There’s easier ways to get attention and make money. If you’re going to get up in a group of people then give them something worthy of that.”

To sum it up, invest in Mobley now, he’s on to something. With the innovative production of his shows and the concept of his music, he’s one to watch. If you get the chance to see him make it happen. Keep up with his tour dates, follow him on Instagram and Spotify.