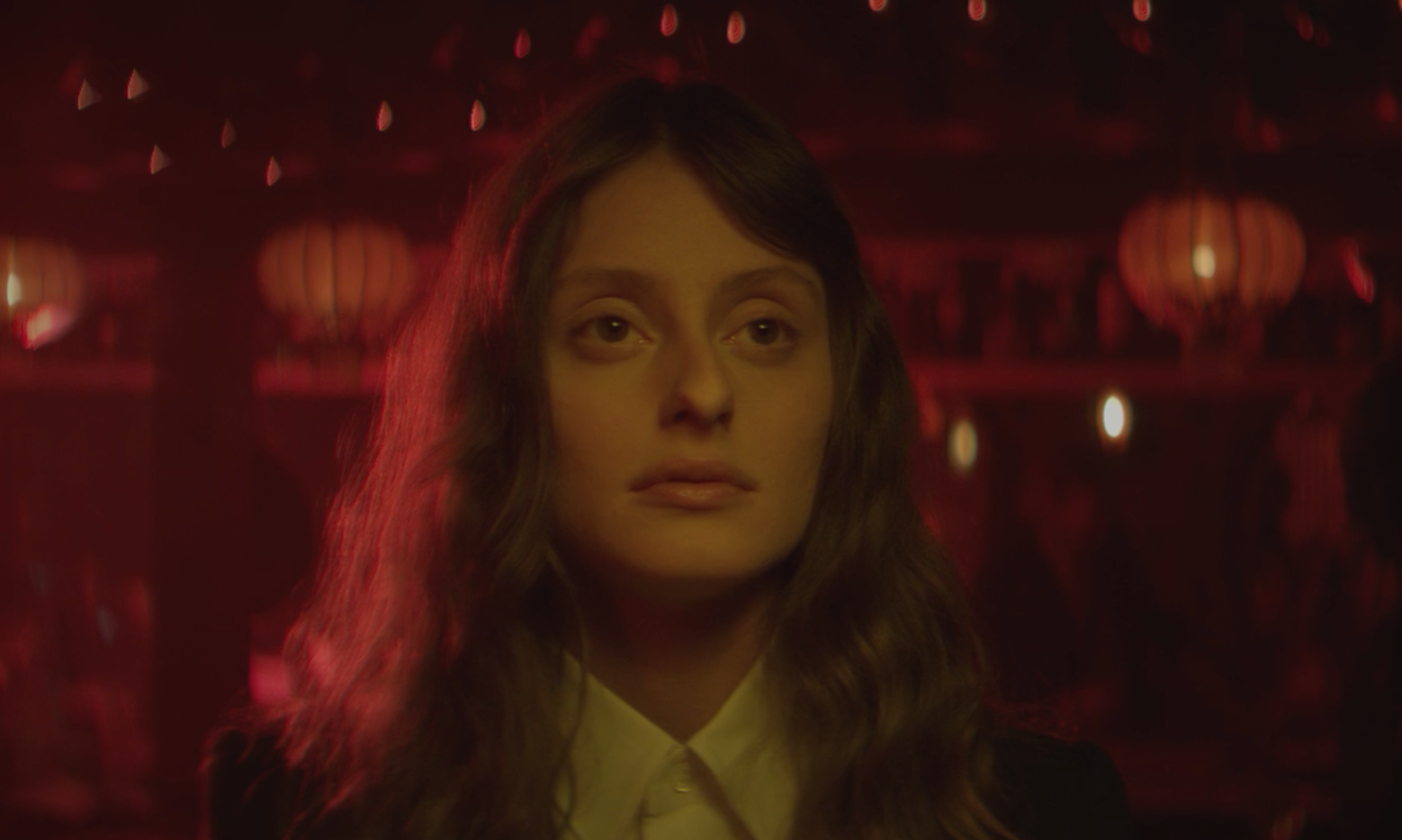 Agnes Azria loved to sing when she was young and started voice lessons when she was only eight. “I couldn’t go to sleep unless I was sung to, or there was some noise around me,” she muses. “At 12 I started playing guitar so I would write songs. Then I went to Berklee College of Music when I was 19. Now I’m playing in an incredible band, and then we’re gigging around Los Angeles.”

Agnes has this instantly intersting voice. It’s dark and smoky. Her song “The Beauty Myth” is like a train of thought, it’s a little
existential. She says, “Most of my songs are inspired by intense feelings that I don’t know how to comprehend or explain.”

I ask her, do people ever tell you that you have too many feelings? She laughs, “Yah! Who doesn’t?!” That’s why she writes songs, it’s cathartic to get all of her emotions down. That’s where the honesty in her songwriting comes from.

She says, “It’s kind of like sitting down with yourself and talking to yourself about what’s going on and why you feel the way you feel and trying to conceptualize it. That’s like most of my songs, and that’s why a lot of my songs have been directed towards feminist issues. Because that’s a huge part of my life and the way I view things, and a lot of the things that bother me day to day have to do with … I don’t know… gender roles and expectations and sexism.”

Sexism in the music industry is a prevailing topic with Agnes. It’s very male dominated. Where you might see a female singer, you’ll rarely see them behind the scenes, producers, engineers, and even though that’s changing, it needs to happen faster.They need to be in more positions of power, the decision makers. They’re more objectified.

She explains, “I mean there are a lot of strong women in the music industry that represent female empowerment. Like even Taylor Swift is an emblem of a strong woman. I wanna say it’s like the inner workings of the music industry that maybe I even haven’t had that much experience with, but I already knew about that. I was going into a sexist field.”

But, Agnes doesn’t let that get her down. There’s plenty of women breaking barriers in the music industry and she plans to be one of them. With her poetic writing, distinctive voice, and fierce attitude I don’t think anyone would hold her back.

When I ask her what her best advice to young women is she confidently says, “Just listen to yourself because you know your truth more than somebody else does. Does that make sense? Like listen to your own truth first before you let someone else’s opinions dictate your life.”