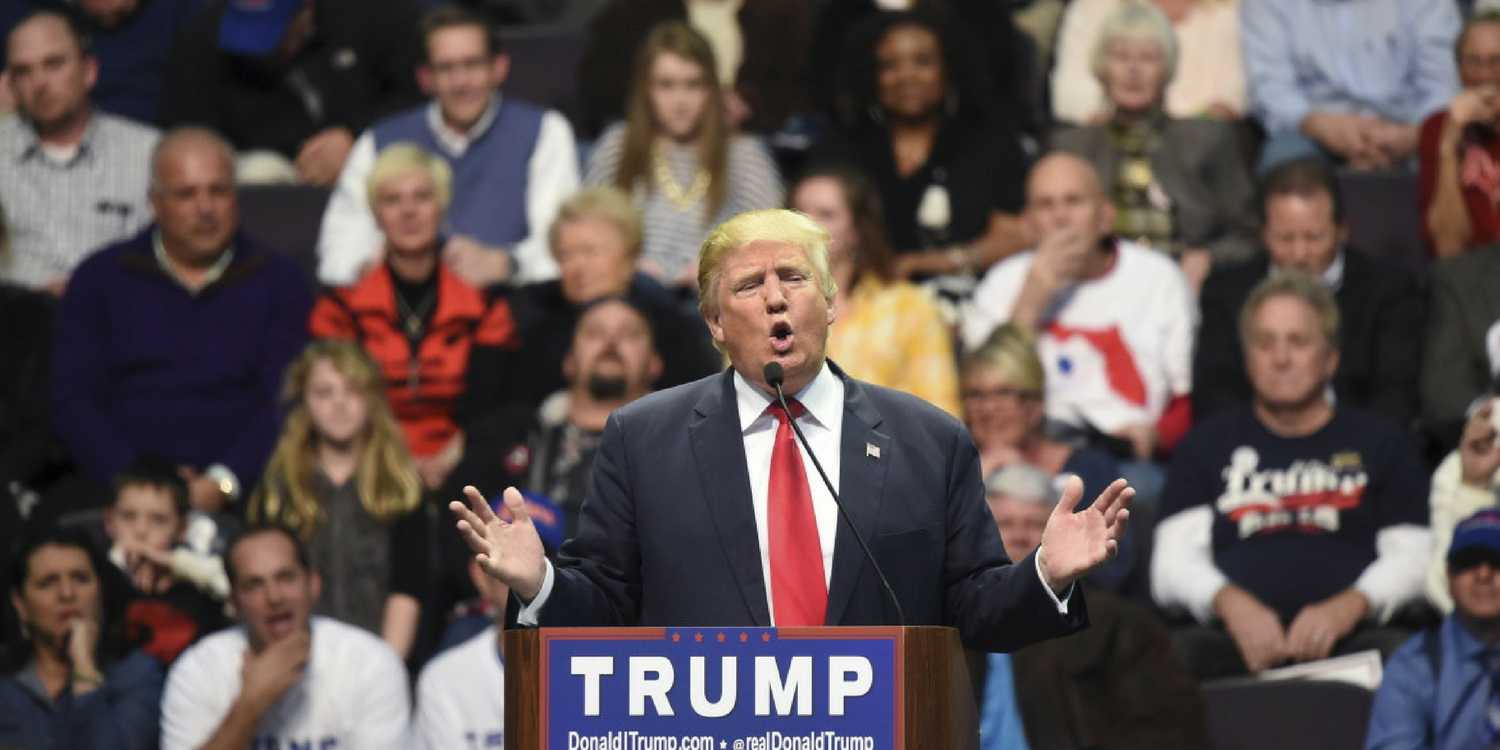 There are certain songs that are synonymous with politics. There are songs we are almost guaranteed to hear every year. The songs that politicians use to represent their campaigns become an important and controversial subject. Whether it’s a snub at their opponent, a national-pride anthem, or just their musical taste. We’ve come to judge them on it.

They also have a tendency to use these song without the artist’s permission. Which leads the artist to make a somewhat political statement. If Adele speaks out against Donald Trump using her song does that mean she’s against Trump or just against him using her song without permission? Who can deny Kid Rock’s political views when his song “Born Free” has become an anthem for Republican rallies?

Political use of popular music has a deep-rooted history. It used to be more common that their teams would have jingles. Kennedy had a famous jingle that went with his ads, these songs were tailored with the issues of the campaign. After jingles fell out of favor it was more common to use popular songs.

The Dole for President campaign used a version of “Soul Man” but substituting his name in the chorus. The song’s owners threatened legal action. Co-writer Isaac Hayes said: “People may get the impression that David (Porter) and I endorse Bob Dole, which we don’t.” The campaign then chose “Born in the USA,” until Springsteen objected, before finally finding a willing donor in Eddie Rabbitt, who allowed the use of “American Boy”.

Bruce Springsteen’s “Born In The USA” is a very common political anthem. I couldn’t count all the political candidates that have used the song as a point of pride. Bruce Springsteen’s first notable involvement in political campaigns came after Washington Post columnist George Will saw him play in August 1984. Following the gig, Will wrote a column where he described “Born in the USA” as a song of “cheerful affirmation”. Soon after, Reagan used the song as their campaign anthem. They ignored the real message of the song, which was to paint a dark picture of the hardship Vietnam veterans faced upon returning to America.

One artist that has been a source of inspiration for Republican candidates is Kid Rock, who has been supporting various Republican hopefuls. In a Rolling Stone Interview he called Mitt Romney “the most decent motherf***er I’ve ever met in my life.” He even helped with fundraising for his campaign.

In the recent presidential election both Trump and Hillary are using various pop songs to further their image. Trump has been cited as using Adele, The Rolling Stones, and countless others. Adele’s “Skyfall” is part of his pre-rally playlist and Trump has also taken the stage recently to the Grammy Award-winning artist’s hit “Rolling in the Deep.” A spokesperson for Adele has blatantly asked him to stop using her songs but it hasn’t seemed to stop him. Though she didn’t outright say she was against his politics, simply that he had no permission to use her music.

Trump has also been using “Sympathy For The Devil” and “Brown Sugar” at his rallies. Songs that even with approval from the Rolling Stones should give his supporters pause. A representative for The Rolling Stones said they had never given Trump permission to use their songs and requested that they cease all use immediately.

Trump walked out to “We Are The Champions” by Queen when he was officially nominated as the GOP candidate for president. The band then tweeted that is was “An unauthorised use at the Republican Convention against our wishes,” but officials are saying that they paid for it. Even their publisher Sony/ATV Music is saying it was unauthorized. They definitely know this will be broadcast on television, they know how many times people will view this, it’s not for their private use. Brian May, Queen’s guitarist said “My personal reaction to Donald Trump using our music? We’d never give permission…we are taking advice on what steps we can take to ensure this use does not continue.” Their publisher issued this statement, “Sony/ATV Music Publishing has never been asked by Mr. Trump, the Trump campaign or the Trump Organization for permission to use ‘We are the Champions’ by Queen. On behalf of the band, we are frustrated by the repeated unauthorized use of the song after a previous request to desist, which has obviously been ignored by Mr. Trump and his campaign… We trust, hope and expect that Mr. Trump and his campaign will respect these wishes moving forward.”

A small licensing history. There are these things called PROs (Performing Rights Organizations) and each songwriter/publisher belongs to one. Two of the main ones are BMI and ASCAP.

Once an artist joins BMI or ASCAP, they have granted them the power to license out their music to radio stations, restaurants, bars, and nightclubs.

One small caveat here. It’s very common for a song to have more than one writer. Under current rules, if one writer joins BMI or ASCAP, then their PRO can license out their music. This is called Consent Decree. It doesn’t matter if another one of the writers doesn’t want their music to be in BMI or ASCAP, as long as one of them does. For the last three years the songwriting community has been negotiating changes to Consent Decree – but the Department of Justice (DOJ) continues to deny all requests. They ruled that each PRO can license the entire song for use regardless which part a PRO represents. This discourages songwriters from collaborating with writers outside of their PRO. The DOJ has denied requests from songwriters to withdraw their catalog from licensing services which gives the artist insanely low payouts from streaming services like Spotify and Apple Music.

Most of the complaints are about politicians using their songs at their rallies, which is legally okay as long as the venue or political organization acquires a “blanket license” for an artist’s entire catalog from ASCAP and BMI. So – basically, if you’re an artist – if you want your music played at a nightclub, you also have to be willing to let Donald Trump use your music at his next campaign rally. After all, he (or the venue most likely) paid BMI or ASCAP so that they could do that.

However, this ignores a much larger issue. And that’s the Synchronization License.

Political campaigns are ALWAYS filmed. Politicans KNOW they will be filmed. And uploaded to YouTube, and shown on NATIONAL TELEVISION. These songs are synced up – intentionally. You can argue the technicalities all you want, but these politicians are breaking the spirit of the law.

Trump said in an interview that he does buy the rights to use these songs. Yeah, he might pay BMI and ASCAP a puny $3,000-$4,000. And those videos will energize his campaign, be uploaded and viewed a million times, and become the cool backdrop to his otherwise stinky campaign.

Go ahead. Ask Adele how much she wants to let Trump use her amazing music for his campaign. Guess what? It’s not for sale. $1 Million, $10 Million, $100 Million – not going to happen. She hates Donald Trump.

I know in the grand scheme of things, the music used in political campaigns shouldn’t be an important factor in choosing a political candidate, but it does make me think about the position the candidate has on music ownership and the rights of artists.