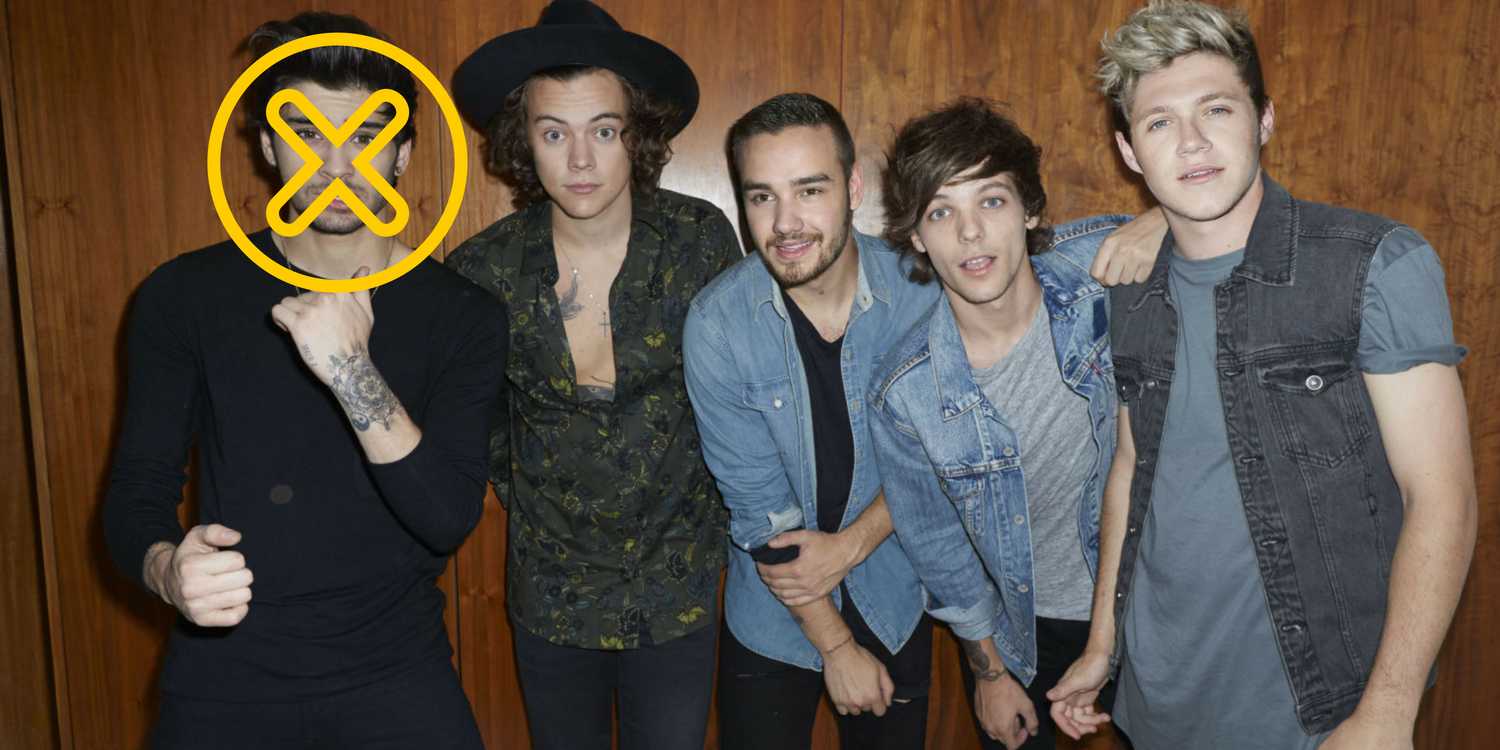 Where do I even begin? My name is Kasey Coble, and I am a full-on #Directioner. What I am not, however, is a Directioner who still supports you in your solo endeavors. Don’t get me wrong – I am on board for the solo careers of Harry, Niall, Liam and Louis in whatever it may be: singing, acting, reality TV judging, etc. The difference is that they went about pursuing solo activities the right way and YOU did not.

I have been a One Direction fan since about 2013 and while Harry was always my favorite, I truly did like all five of you. You were always quiet and less interactive on stage, but I chalked that up to you being the shyest of the bunch and that having a great voice doesn’t always mean you are an excellent live entertainer. I even still liked you when you announced you were leaving the band – I was devastated, don’t get me wrong, but felt for you and how difficult it must be to be in the spotlight all the time (Perrie drama aside, for now). I was upset that you didn’t just finish out the remainder of the year and end with the rest of the boys, but you just “wanted to live a normal life,” so I tried to understand.

That’s when the kicker came – you were working on solo music. You didn’t leave to be ~normal~ and the fact that you lied to the fans HURT. Why didn’t you just tell us the truth? It may not have softened the blow, but at least we would have known you were in fact going to do the opposite of living a normal life. As mad at you as I was, I didn’t quite dislike you yet – until you started ragging on the boys.

Rather than living your quiet, off-the-radar life you said you were looking for, you then began using trash talking One Direction and your time in the band to get yourself more attention. It’s smart, I won’t deny that – but REALLY?! Every time I turn around I see another article where you are talking about how terrrrible your time in the band was. You couldn’t do this, you couldn’t do that, you were SoOoO unhappy and restricted and just couldn’t bear another MINUTE in the band that gave you everything you have ever had. I read different iterations of that exact story a hundred times over. You tried to reach out to so-and-so in the band, and he didn’t call you back. Boo freakin hoo. Of course he didn’t call you back! You deserted the boys and the fans and you expected him to just MOVE ON and hear you out? Nope.

I thought you couldn’t sink any lower than that. Using One Direction and the boys to get yourself attention – how could you? And then, bam. You’re already in the studio making new music after needing a break from just that. And don’t get me wrong, I understand your schedule was truly strenuous in the band, and there are times it had to of been so difficult going 100 MPH every single day. I wanted you all to get the break you very much deserved, but if the other boys could stick it out to finish things in the right way for the fans that made them what they are, boy you could have too.

Quickly following the news about you releasing new music was your decision to have your first solo album come out on March 25, 2016. Exactly one year after you left the band. Are. You. Kidding. Me?! That is the moment I realized how truly infuriating you were – another ploy to get your inaugural album more buzz by using something tied to One Direction. At this point though, this is classic Zayn. Why am I even surprised? The only reason you are able to release a solo album in the first place is because you are known from One Direction and have fans that have carried over with you FROM ONE DIRECTION. You have mastered the art of biting the hand that fed you and for that reason, I am done with you.

Today, you released a book, and guess what? You have more to say about your time in One Direction. That’s fine – go for it. Your One Direction-now-Zayn fans will buy it and promote it and you know what, good for them. Be a Zayn fan if you want to be a Zayn fan – truly. I am so sure that group of fans is full of wonderful, smart, passionate girls just like myself and I hope everyone has a group so great. But I for one will never be a Zayn fan after how many times you indirectly burned me.

I wish you well, Zayn. I do. But man, if I never saw another article with your name in the headline or magazine with you on the cover, it would still not be long enough.