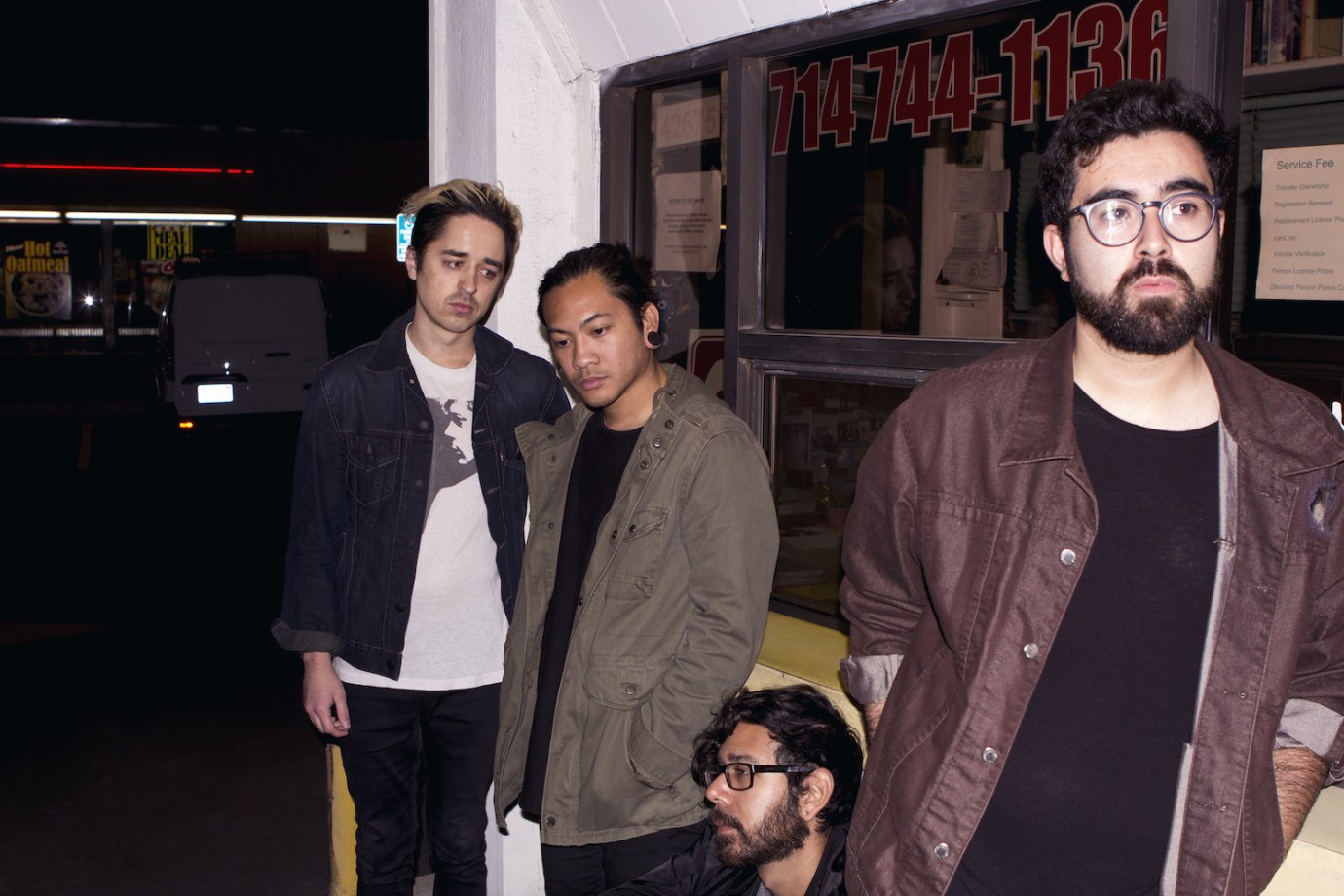 BADTALKERS are an LA-based band that incorporates both indie sounds with a hip-hop undertone, but what really stands out is their bold lyricism and the way they don't shy away from touchy subjects.

How did you guys first meet?

Richard, our singer has known our guitarist Danny since middle school. The rest of us met through mutual bands and mutual friends a few years back, and partnered up to try something new.

What got you interested in making music in the first place?

Richard: In grade school I received my first drum kit as a present from my sister. I joined various grunge and punk bands throughout middle and high school.

Danny: I come from a long line of mariachi musicians, and was inspired by my grandfather to play and perform for drunks like he did.

Matt: My aunt took me to my first ska show when I was 7, and my dad was always a bass player/in a band when I was in my younger years.

Christian: I joined a band class in 7th grade, and soon after got a kit and started a punk band with some friends.

Tell me about your song No Pity?

"No Pity" touches on the gun violence and drug epidemic in the United States. We wanted to reflect on our daily experiences living in urban communities, as well as current events involving police brutality, protests, and acts of terrorism within the country. Our producer Adam Castilla of The Colourist helped with formulating the sound and structure.

How important is it for musicians to talk about controversial subjects like gun violence, police brutality etc?

If people have a platform with an audience, whether it be music, vlogging, and other forms of art, it's important to use it to their advantage and be vocal to potentiate changes in the community.

Do you think there’s a lot of negative pushback from musicians speaking out about politics?

There will always be pushback from different parties toward people who have opinions or opposite views. The upside is that it sparks up conversations, and it's up to all parties to be open-minded about these opinions and beliefs, potentially reaching a common ground, and influencing change.

What’s been one of the biggest challenges you’ve faced in the music industry?

We've been an independent band until very recently. So self-funding and representing ourselves in the beginning stages of this project was a big challenge.

We're currently finishing up our EP and will be playing several west coast shows in the near future.

What’s you best piece of advice to young musicians?

Practice and hone your craft. Learn the music business and be persistent.