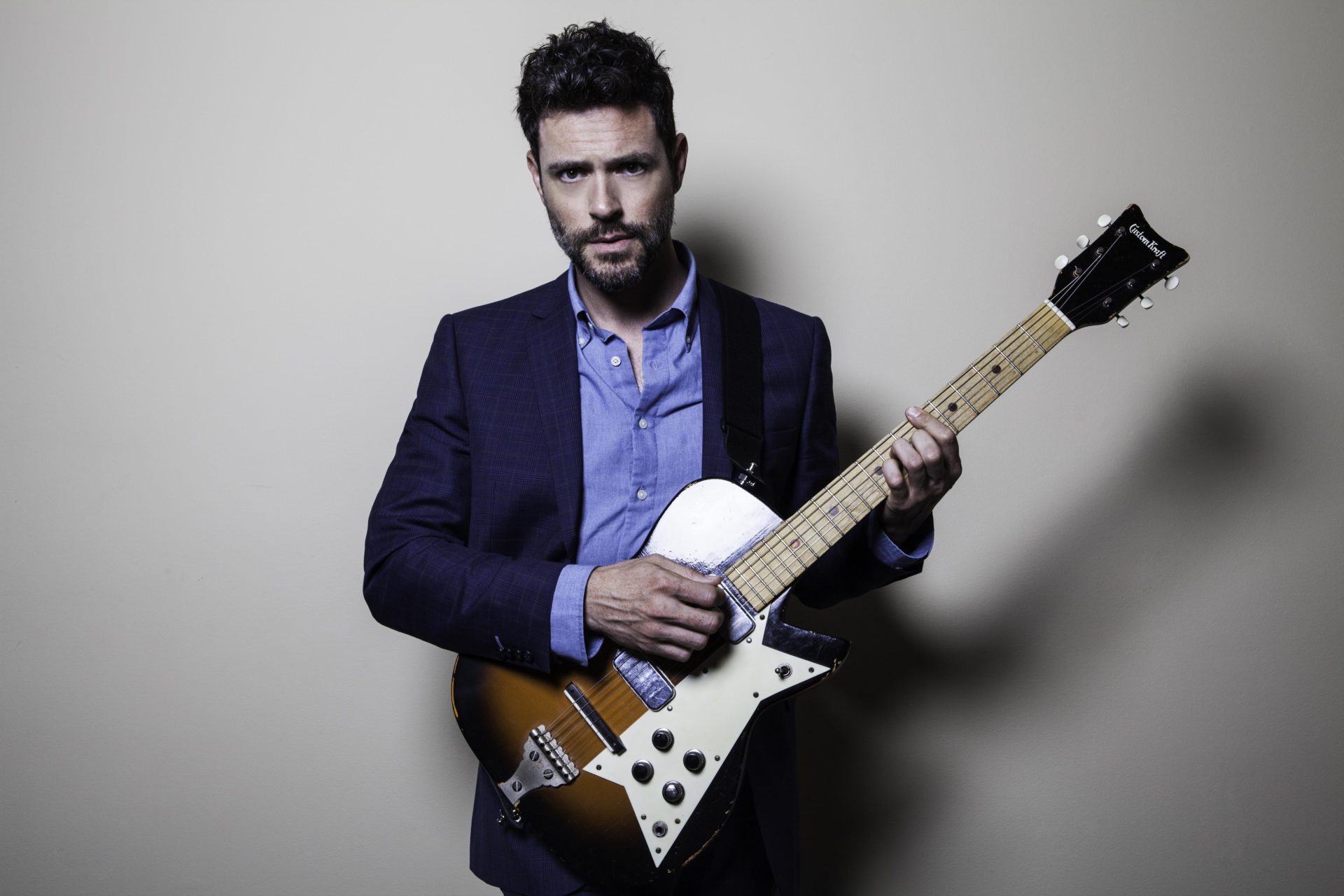 So The Tick premiered on Amazon Prime this past weekend and I was living for this new series. (Fun fact, I’m a sucker for the superhero movies, tv spin-offs, etc.) But did you guys know Brendan also sings?

He tells me he’s been singing just as long as he’s been acting. “It’s just something I can do creatively when I’m not busy acting. It was just a creative outlet for me and nothing I had an intention of making professional.”

“If you take it seriously, it can naturally happen and you end up devoting your time to it. It all comes from the same place – the desire and creativity. While it is a different medium, it allows me to be in charge and control of something. Like, when I’m acting it’s my face, but the art doesn’t really belong to me,” says Hines.

His new album Qualms is set to release later this year. Hines tells me his creative process for this album was a bit different than the last. “We recorded right after the election. I had a few songs written, but I just felt so empty and hopeless that I wasn’t sure we’d have enough for an album.”

“This was the album I went all-in with. I wanted to turn my emotions into something positive,” says Hines. “So we went to the desert where there was barren landscape, no life, and this album was born.”

The album has 9, authentic, songs. “It was a bleak time. Or what felt like it anyway,” says Hines. “We ate, slept, and breathed this record.”

Hines tells me he wishes he didn’t take so much time in between records to release new music. “That’s just how it can be though with my schedule,” he says. “I do want to get better at releasing new music. I want people to connect the stories. That’s what songs are about.”

His distinction between singing and acting is a very thin line. “I used to make the distinction, but they’re linked – it’s just the commerce world that distincts the two.”

“You know that feeling you got when you first got your license and put on your favorite rock album? That’s what I want people to get from my music.”

I got to preview Qualms, and I’ll tell you this is exactly the vibe you get. The album is set to drop on October 13th.

See the music video for his single, “Average” here.