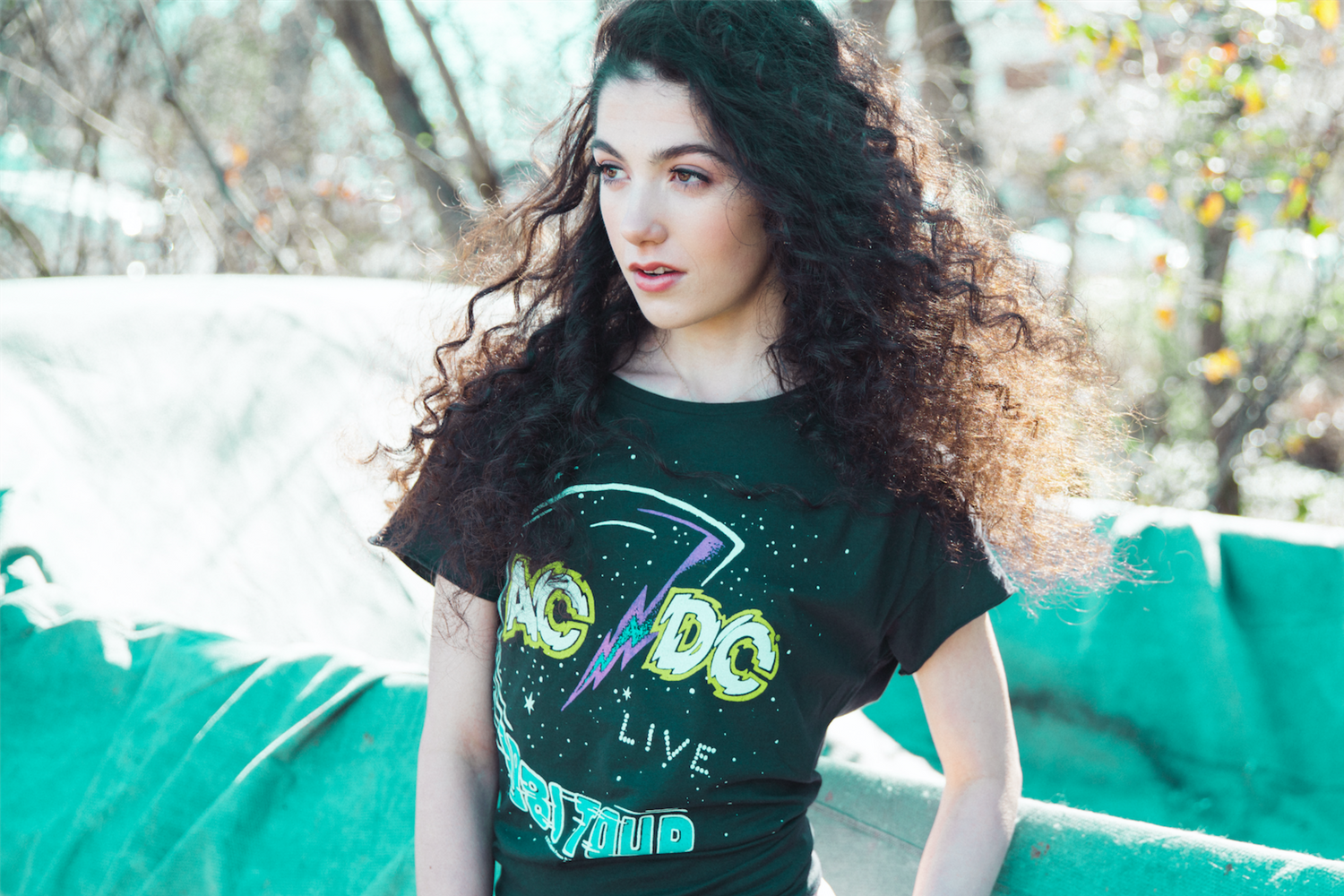 Caroline Romano is way more than your average teen songstress. Her songs touch on issues like bullying and body image in a way that makes her seem mature beyond her years. This isn’t your typical surface-level pop, it’s music talking directly to young women.

Caroline Romano’s parents would say she’s always been singing, they’d even say she was singing before she was talking. The 16-year-old songstress says, “I always knew I wanted to be able to do music everyday for the rest of my life, so when I was around 11 I started writing songs on my guitar and playing everywhere I could, and it's just grown from there.”

Caroline grew up in Mississippi, and she has that Southern hospitality and sweetness about her. “I think growing up here has made me appreciate how big a difference someone can make in your day by just smiling and being friendly,” she says. “You don't get that everywhere you go, which makes it that much sweeter every time you come back home.”

Growing up in that environment made pursuing her dreams seem like a reality. Her song "Masterpiece" is moody and dark with an emphasis on her dramatic voice.  The video reflects that mood. Caroline says, “It's just super artsy and fun and moody all at the same time.” It’s her duet with Jacob Whitesides. The two make the perfect duo in the video and the song, their voices and energy playing off each other. Caroline gushes about the video, “Jacob Whitesides was so much fun on set, and I can now say, first hand, just how awesome having gallons paint poured on you really is!”

But Caroline’s song “Inside” takes another view. The song deals with body image and society’s pressure, especially on women, to look a certain way. It can be especially difficult in your teens when everyone goes through certain awkward phases. I know I definitely did and it’s beautiful that more women are talking about building each other up instead of taking one another down. Caroline’s message to those women is that physical appearance isn’t as important as what’s on the inside. She says, “I wrote "Inside" after dealing with some body image issues and harassment about looking a certain way. One day, I just realized that it didn't matter what I looked like or what other people thought about my appearance. I was on the inside, and that's all that matters. What's on the Inside is beautiful.”

Bullying is a hot topic right now, it can be excruciatingly painful and shapes your entire outlook. Caroline faced bullying in school and she speaks up against it adamantly. She says, “I was bullied in school, and I will be the first to acknowledge how terrible it is. It can make you feel like things will never be better, and that you're all alone.” I ask her what her advice would be to someone going through that. “Turn what you’re going through into something good,” she says. “ Don't dare give up, because it will get better! It's so important to talk to someone about what you're going through, and to know that you are stronger than your bully!”

Just look at Caroline now, pursuing her dreams with a smile on her face. It’s something we can all learn from, people get bullied and will try to knock you down, but that’s because they’re insecure with themselves. Her advice to young women who want a career in music?

She says, “Don't be afraid to show your strength!! The music business is tough, but we are strong! The best advice I can give is just to work, work, work, and to never doubt yourself. Always believe you can achieve, and stay humble and grateful along the way. Don't let anything come between you and your dreams!”