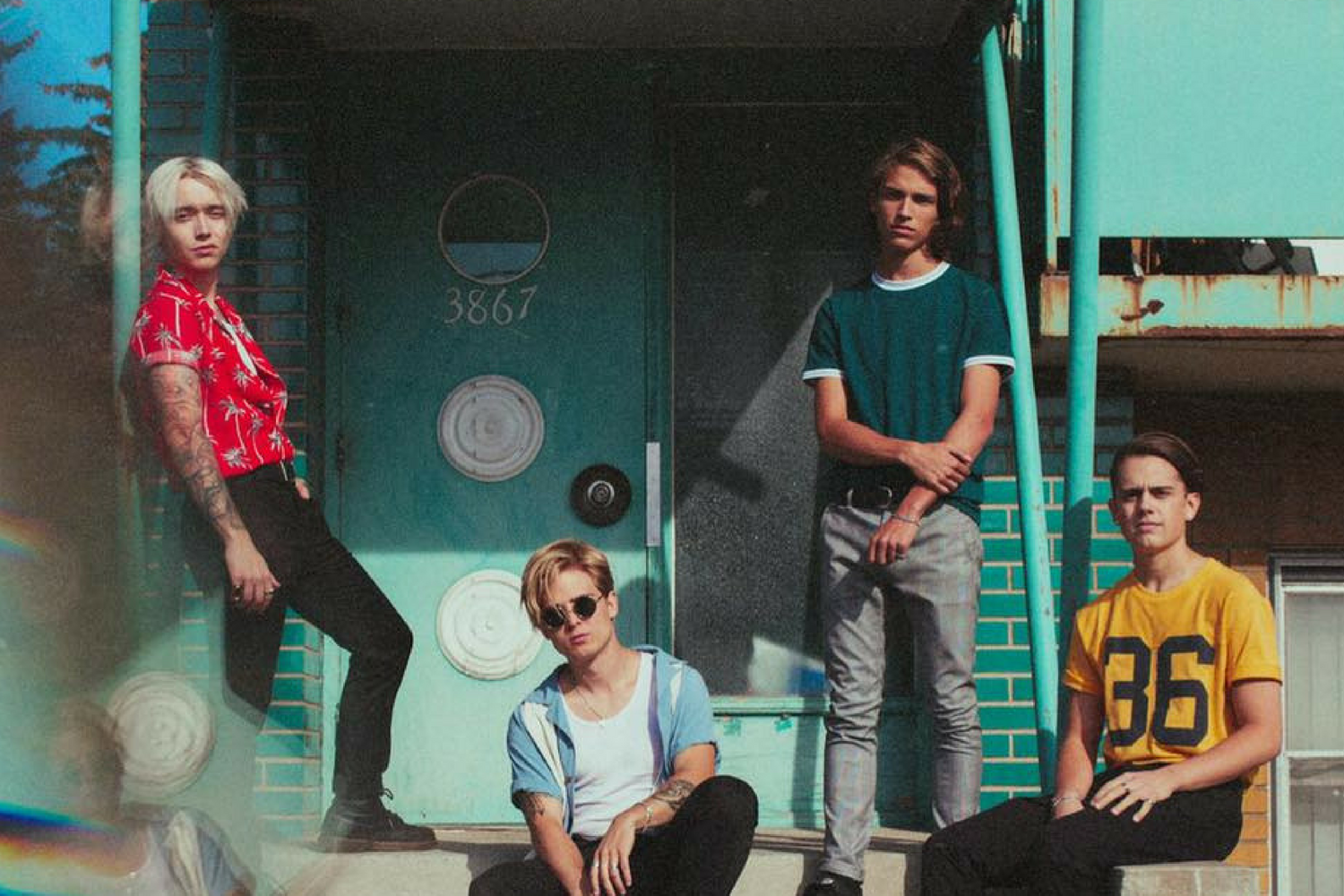 To be honest, nowadays there are far things that surprise me as far as band names and spellings go. So when I came across the debut track from the Toronto-based indie-pop band named Cherry Pools, they had my attention. I’m a sucker for consistent branding, sound, and overall vibe, and Cherry Pools checked everything off on my list. I got to speak with lead singer Martin Broda, as the band are currently in Canada playing some shows fresh off their spring tour with PVRIS.

For those that might have been familiar with you guys, what started to the shift that eventually led to the Cherry Pools direction? How did you guys all meet?

Martin: Well we’re all from the Ontario province. I’m from Toronto and started to put together the band by reaching out to the other guys via social media. It’s crazy and unorthodox to do that but it’s worked really well for us thus far. The first practice we had together just felt right.

"Forever Young" came out in December, what was the thought process of realizing a new brand/sound right before the Holidays?

Martin: Cherry Pools just had a different vibe and feel to anything we had previously done before. So shifting this sound and atheistic made sense with the music we were writing and creating. The ideas starting coming together; the name, the look, it just meshed cohesively.

I’m really sorry about the Maple Leafs, but I have to tell you that the Raptors have a special place in my heart, mainly because of Jurassic Park and Vince Carter.

Martin: Ah man, I was feeling really good about it after tying up the series at 3-3. I was at a bar and felt great about us winning the game when we were up 4-3, but you can’t give up 4 goals like that in the 3rd. (Toronto lost 7-4)

But the Raptors made it to the second round and the Blue Jays are doing better. Toronto as a whole is just in a better place sportwise.

The use of color is an overarching theme I've seen so far. This is even more prevalent with the video for "Are You In Love". Where did the idea for that video come from?

Martin: So I had these thoughts and visions for the songs to each have a video.  The same person I co-wrote the song, Daniel Ciccotelli, with is the same person I co-directed the music video with. As far as the art inspiration goes it comes from Raul Gonzo, who also directed the “Hollywood” video. “Are You In Love” is the perfect song to be introduced to Cherry Pools with because it contains all elements of this band and captures that in the song/video combo. We plan on releasing each track from the EP with a music video tied to it.

What are you guys listening to right now? I think it's always great to see artists advocate for others they are really into as well.

Martin: I actually just found Fickle Friends and man that album is good from start-to-finish. Also just been really into Pale Waves, The Chain Gang of 1974, Paramore, and LANY. Really just this new wave of dream-pop, indie-pop bands and artists are putting out high quality tracks. It’s helped raise the bar.

The PVRIS run had to be great getting on stage playing this new music. What's the summer look like for Cherry Pools?

Martin: That was really our first experience playing some of these tracks live, much less to a crowd who weren’t familiar with us. We actually recently just got to play with them again. It was cool because we just played our first Canadian show with them, and were a Canadian band haha. We have a tour coming up with I Don’t Know How But They Found Me in June and will be announcing more dates soon. We’re also really pumped to be playing the Spring Fling in Cleveland June 3rd.

Cherry Pools are set for a breakout 2018 and you need to put them on your radar to catch them live. With a new EP, summer and fall tours, and more great music videos to come, Cherry Pools are open for the plunge.