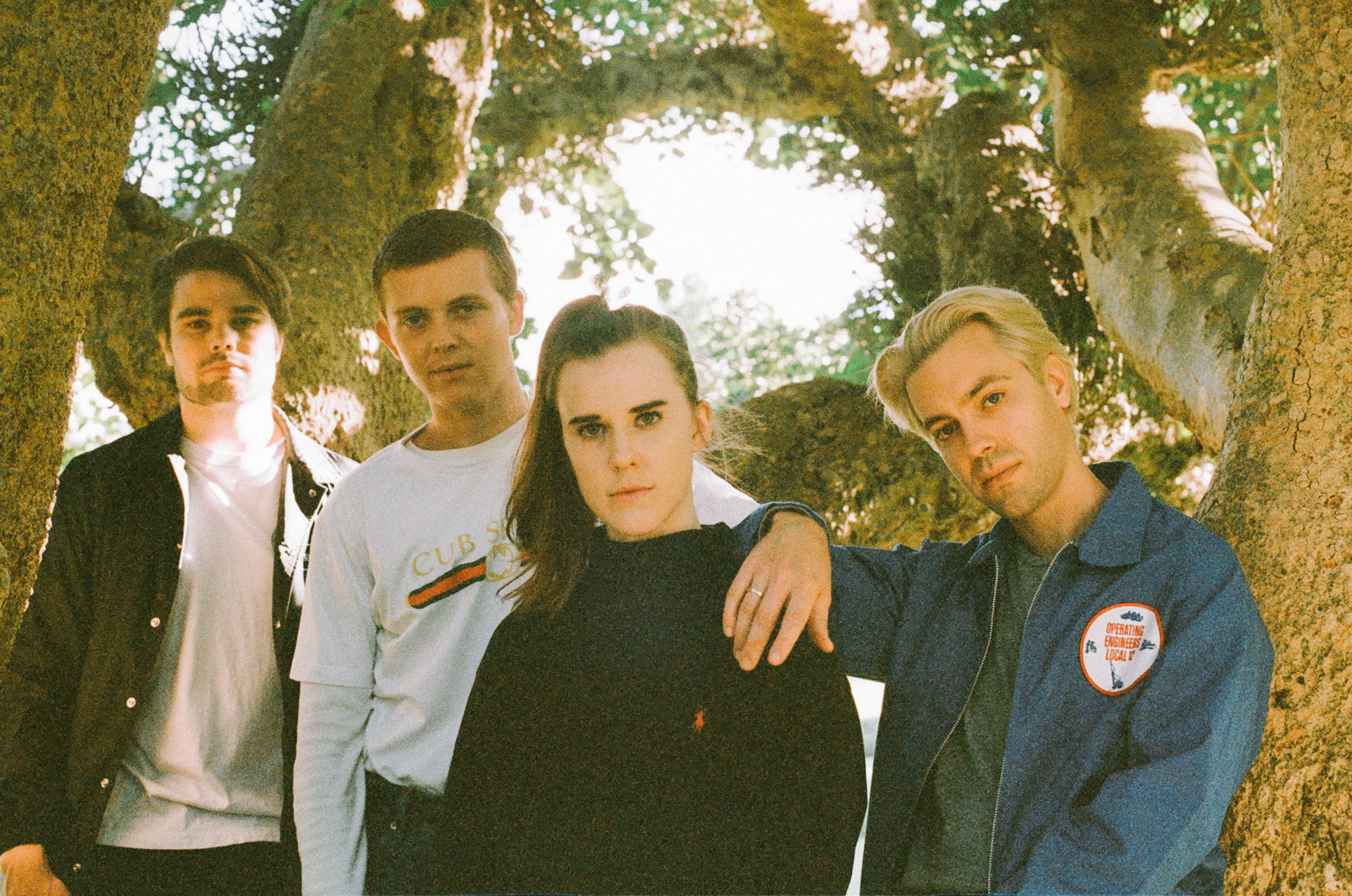 Cub Sport is an Australian alt/pop band and they’ve gained a lot of traction recently. They toured with The 1975 on their Australian tour, their beautiful single “O Lord” gives you chills, and the love story between Tim Nelson and Sam Netterfield makes them a group that definitely needs to be on your radar.

Cub Sport started almost on a whim. Tim says, “I started writing songs in high school then wanted to form a band so I asked Dan, Zo and Bolan if they’d join. We played together for a couple of years before releasing our first single and officially launching Cub Sport in 2011.”

One of the biggest challenges they’ve had is nailing down exactly what they were doing. Perfecting their sound and who they wanted to be.

Tim explains, “Some bands have it right from the start, for us it took a few years of living life before we really understood how we wanted to develop the project.”

As far as songwriting process goes, Tim says it’s different anytime. He says, “Sometimes I have lyrics or a melody come to me while I’m out and about and I’ll record a voice memo or write a note. When I get a minute free to record I usually just open a session and either start something new or open my notes and memos and expand on those ideas.”

Their sound is so distinctive. It’s dreamy and spacey and effortless. Tim’s delicate vocals lilting over fuzzy guitars. A huge moment for them was when they released “Come On Mess Me Up” a song that put them in the public eye, but what’s really captivating is the love story between band members Tim and Sam.

They fell in love under the course of eight years. They were best friends in high school and even after being in the band didn’t realize their love for each other. Tim says he was miserable without him and being raised in a very religious household he didn’t know how to fully process his feelings, but now the two are engaged and they’ve never been happier.

That was the catalyst for the poignant cong “O, Lord”. Tim says, “I wrote “O Lord” a few months after coming out as gay. It was the start of the happiest time of my life – being in a relationship with the love of my life with the support of my friends and family. Something I didn’t expect was the realisation that when you suddenly have everything, you also have everything to lose.”

Their new album Bats is a perfect sophomore release. Equally as dreamy but more mature and sure of themselves. Tim says, “I feel like this album expresses a whole range of emotions, but I hope there’s an overall warmth to it for listeners and that it makes people happy!”

His best piece of advice: If you believe in what you’re doing, stick with it! Don’t be discouraged, listen to your gut and follow your vision even if not everybody gets it.

Listen to Bats now, follow the band on Twitter, and watch the beautiful video for O Lord.