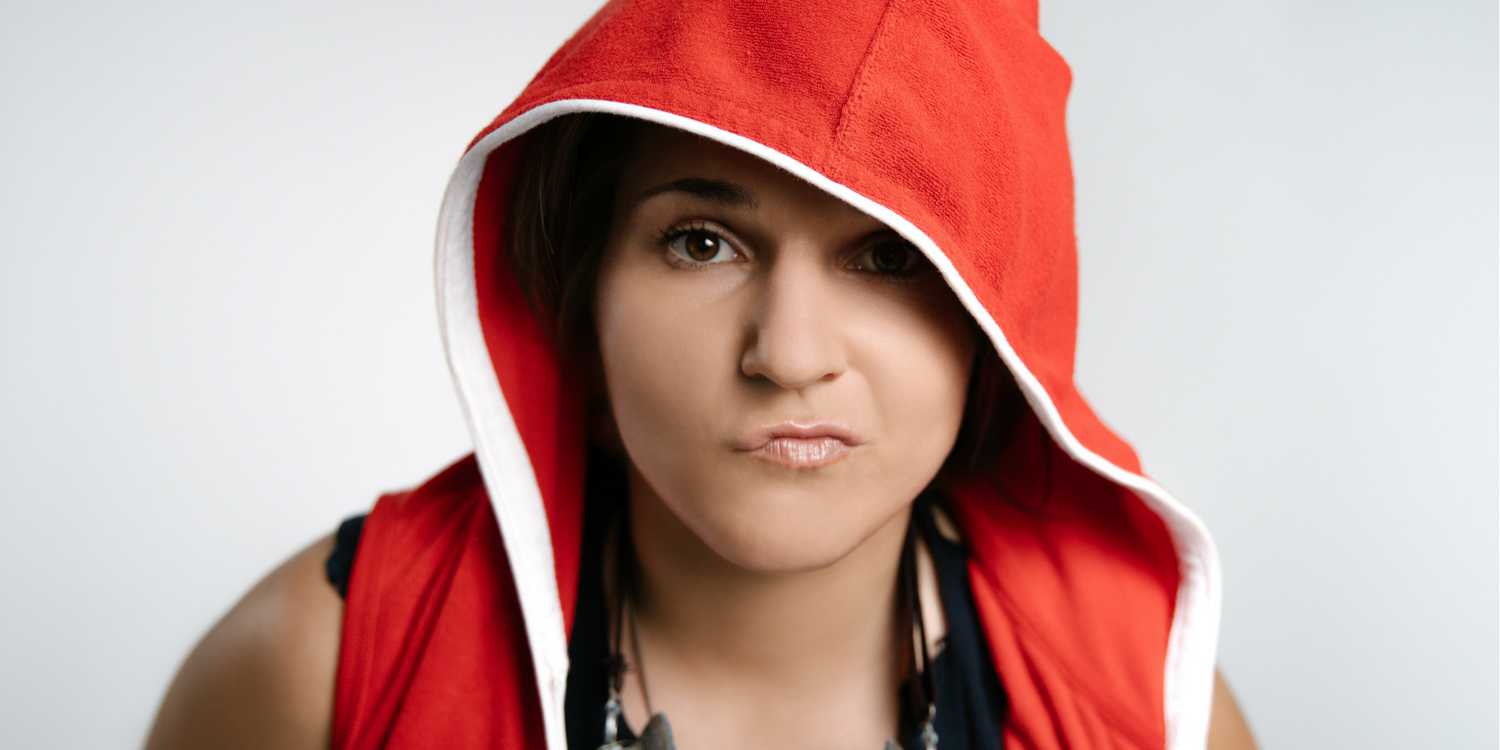 Daphne Willis wrote a lot of poetry in school, and by the time she started learning acoustic guitar she had her lyrics ready to go. She started playing open mic in college and eventually forming a band.

One thing that stands out about Daphne’s performances is that she incorporates live paintings into her shows. She explains, “I’ve recently done a couple of live paintings to my song “Done With Being Done.” That involves blasting the music and about 5 people throwing small cups of very vibrant paint at me as I stand in front of a giant canvas. It’s one of the funnest things I’ve done yet, from a performance standpoint.”

She says the music inspires that visual counterpart. She wants to expand this tradition in other ways and incorporate that visual element whenever she can.

Her song Somebody’s Someone is so emotional, I actually teared up listening, her voice is so earnest. She says, “I wrote the song with Jenn Bostic. We wrote the song for anyone who has been touched by addiction, mental health issues, homelessness, or all of the above. We have both been touched by these issues and know the pain that suffering can cause. All of these issues can be so extremely isolating. I wanted to write a kind of reminder to us all that we all matter”

She emphasizes that mental health is just as important as physical health. She emphasizes, “It’s actually PART of your physical health! We go to the gym, talk about diets, beauty products are everywhere, but what about our brains?!? They are where it all begins.”

Daphne has suffered from depression and insomnia throughout her life, and mental health issues run in her family, making the song all the more meaningful. She adds, “I don’t think I’ve met a single human who hasn’t been affected by these issues in some way, shape or form. I don’t think our society has created a very safe space for ourselves to be successful in battling these issues. Stigma has created such a barrier and the only way through it is to talk. So that’s what I’m doing!”

What she’s doing is so important and brave, we need to stop worrying about what people will think and be able to talk about our mental issues without judgment. Since she has a personal connection, it’s so close to her and so important for her to get her message out there. She wants to be the kind of artist that can make change and make a positive impact.

She says, “I’m attracted to and listen to artists who have a positive message and try to make a difference for sure, but I also shamelessly listen to the less concerned ones as well.”

Her best advice for young musicians is to collaborate. She explains, “Be a yes person and try new things with your music! Also, don’t overthink your art too much. Sometimes we are our own worst enemy.”

Daphne is so excited for be adding tour dates this summer and fall and she’ll be releasing more music as well. Follow her on Twitter and Spotify and listen to her song Somebody’s Someone.