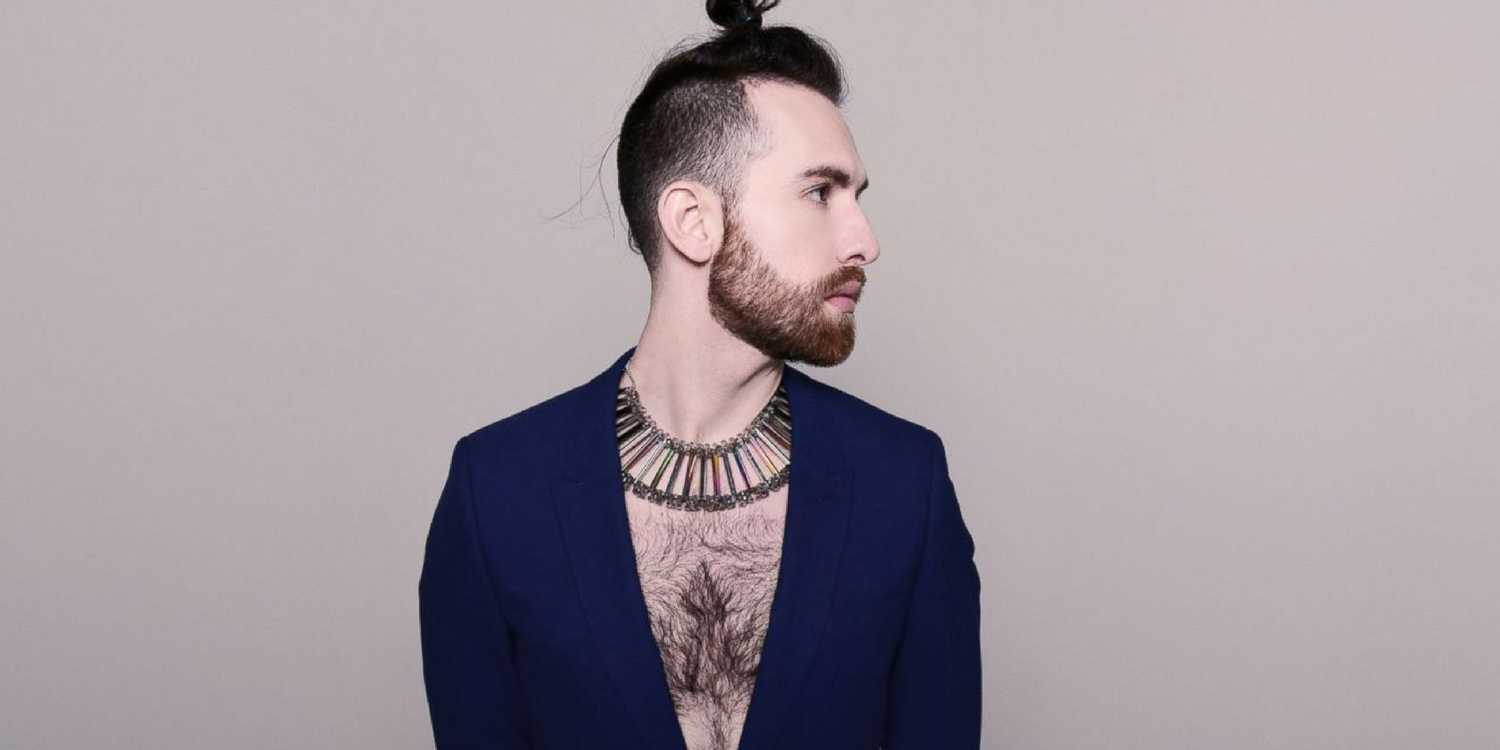 I’ve never met an artist like Michael Blume. The way he talks you can just tell there’s so much passion behind every word he says. We sat down in the back of Stubbs in Austin during SXSW before he went on stage to talk about the powerful messages behind his music and his unique path to where he is now.

Michael went to Yale for Latin American studies. “I lived in Brazil for a while and I was going to move back to Brazil and get a masters degree in cultural studies,” he says. “I took a year off from school to sing with the Whiffenpoofs (The very prestigious Yale accapella group) and during that year we traveled all over the world.” That’s where he first got the taste for singing, then he realized that was his calling and he wanted to do that for the rest of his life.

He says, “I came out as an artist and decided I wanted to come back to school and do my last year but just with a refocused idea of what I want to do with my life and I moved to New York about three and half years ago with the intent to be a fucking recording artist and I’ve been doing that ever since.”

That decision turned into powerful, soulful music and Michael’s voice is like pure honey. It’s just perfection. His songs are a commentary on society. In ‘Manufactured Love,” he talks about consumerism. He sings, “Breath deep and put up my feet/ Don’t speak, just let the oxygen enhance my vibe/ Was blind, but now I can see, I’m set free/ And now I’m getting loved the sweetest lies/ Y’all don’t even know the way to love”

That decision didn’t come easy. You don’t go to an Ivy League school just to refocus on being a struggling musician. The decision to switch careers, leave something secure that you’ve worked your whole life for, and go for something unsure takes a lot of boldness. That’s something Michael has in spades. However, he still said coming out as an artist was difficult. He had spent his entire life building up connections in the Yale world.

“I didn’t know anyone,” he says. “I had this rich network of people at Yale doing Yale shit, but Yale shit is not exactly the music industry. There is an artsy community at Yale but it’s mostly in the Broadway community and in theatre and film, but in the music industry there’s not much so it was a lot of starting over and making the connections. I was lucky that I had a few friends who were amazing musicians and played in the city. I started putting together a band. I was just meeting a lot of those types of players. It was tricky but once I started connecting with musicians it worked out.”

Michael has no filter and that transparency can be easily found in his music. Look at “How High“ about his personal struggles as a gay man or “Fundamentalism” about racial injustices in America.

He says, “Frankly, all American music is black music so any white person playing rock n’ roll or soul is playing black music and we as white artists need to recognize the history of what we’re doing. I think there’s a careful line between problematic appropriation of blackness and grateful appreciation of the artform.”

His outspokenness has gotten a lot of attention both negative and positive, but that’s what he’s trying to do. He says, “I want to facilitate these conversations. I create friction intentionally. I think we need a radical response to radical hatred.”

“I have very explicit conversations with friends and band members of different colors and backgrounds about what it means for me as a white artists to say ‘black lives matter’. I think black people have been trying to say black lives matter for centuries they’re tired of it it’s not their job any more it’s our job, to step up for the people being oppressed.”

He’s right. If we don’t acknowledge the racial tension. If we just let this go unnoticed and shy away from it because it makes us uncomfortable then we’re part of the problem. He says, “I can say things, I can remind people to love I can remind people to think and to empathize. There’s no way to not be political. How can you not talk about this?”

He emphasizes, “We’re in a tough place where real threats to democracy have taken over our country real threats to the freedoms we’ve been privileged enough to enjoy so I feel like as artists it’s our duty to reflect the times, that’s what Nina Simone said and she’s was so right. I feel like there’s nothing to do now but be activists and be a catalyst for the change. We all need to come together for that to happen.”

Michael’s music is vulnerable and honest and real but accentuated with boldness. We need musicians and artists to take their position as thought leaders and community activists. That’s what makes him unique and a leader in the music scene right now.

Follow him on Twitter, listen to him and watch his gorgeous video for “Colors” and see him at Lollapalooza!!!!!!!