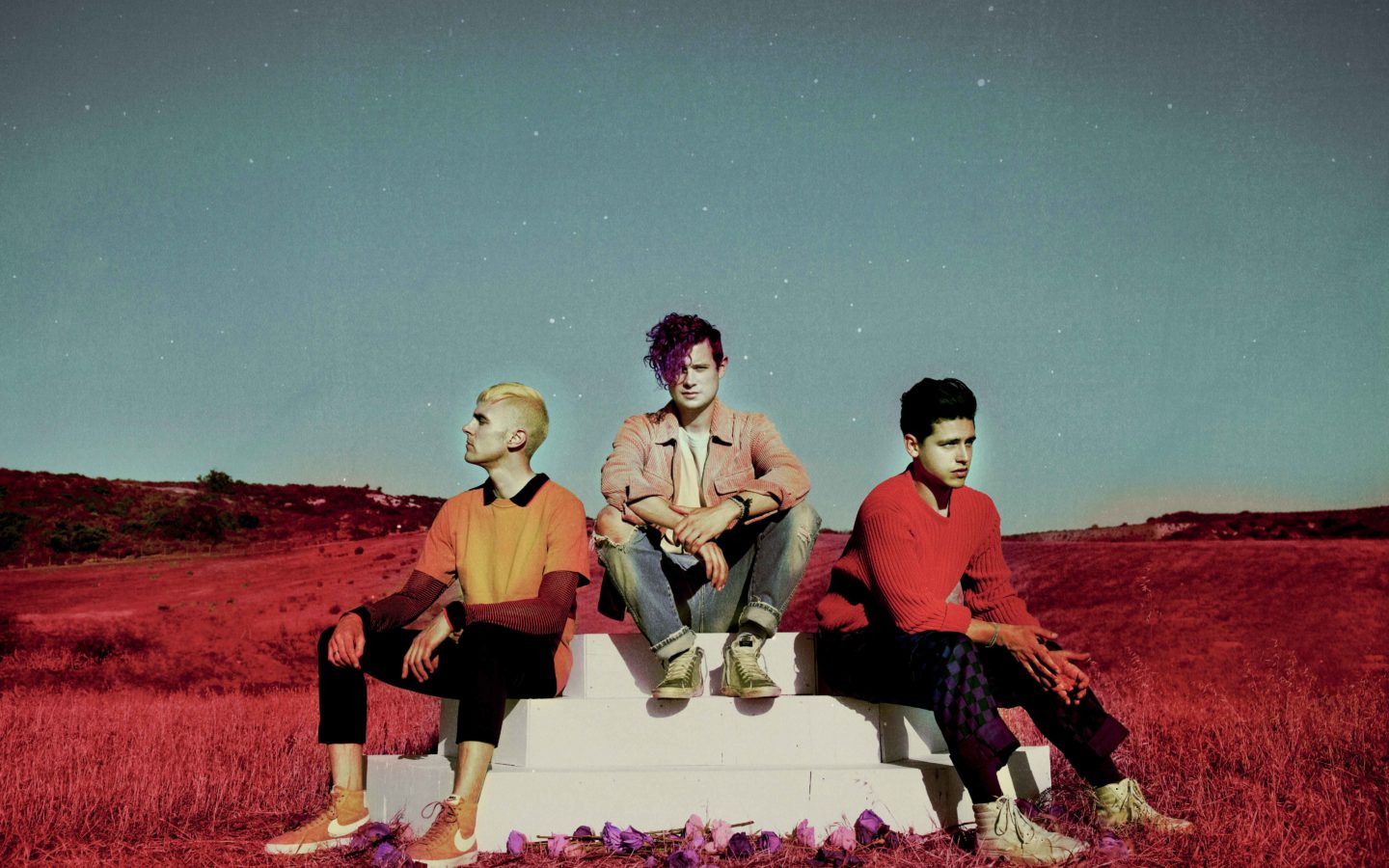 After the recent release of Screws and embarking on a headlining tour across the U.S., Dreamers is poised to make waves this year. The rock/alternative band, made up of lead singer Nick Wold, drummer Jacob Wick and bassist Marc Nelson, released their first single in 2014 and an album in 2016, even hitting the festival circuit in recent years to further elevate them with fans and new audiences alike. In advance of their tour, we chatted with Dreamers about how they've progressed over the years, their upcoming plans for new music and what to get excited about from their live show.

Tell me about the video for Screws? How did it come together?

We always talk about the 'alt scene' in LA right now, which is really just a bunch of bands who all write together, tour together, hang and talk shop.  Ever since we moved here we've found a really collaborative vibe, where everyone just wants everybody to succeed and make great alternative music.  For SCREWS we just wanted to show that vibe to the world.  We directed it ourselves and drove around town 4 consecutive nights and basically filmed all our friends and co conspirators.  Everyone we reached out to was super into being involved.

In the same vein, what is the writing process like for you? How do you know when something you’ve written is right for a single?

Dreamers: We try everything with writing, and write all the time. I've tried writing drunk, sober, in the middle of the night, on the road etc, and found that it's best for me to sit down totally clear headed during the day and say 'I have to start and finish something right now'.  We have all these styles we want to put into our music, but while writing I find it's important to not think too hard and just see an idea through, take a chance on it.  Even if it comes out bad it'll teach where to go next time.  At the end of a period of time we find ourselves with all these songs that we love that tell the story of that time.  I think singles are just the songs that everyone agrees are great.

Y’all have been a band since 2014. How has your sound progressed over the years?

Dreamers: Any progression just feels like getting better at the same goals.  We've always wanted to take the soul of great rock music and use it in a way that no one has before.  Now were just a little better at making it polished and slick like pop, while being raw, expressive and honest like the best rock.  We think both are possible at once.  And I'd say we've turned up the grunge dial a bit on our new songs.

Tell me what it’s like to play festival shows. Do you remember where you were when you found out you’d be playing at Lolla or Firefly?

Dreamers: Festivals are always exciting. Lolla, Firefly, Bonnaroo, Bumbershoot... these are festivals we grew up going to and could only dream of playing.  We’ve had some incredible audiences at them too, and we've been in the audience for some of our favorite bands

What can we expect from your live show? How have you been preparing for that?

Dreamers: Our live show is an honest, open, inclusive invitation to celebrate life and transcend whatever normal circumstances that might be shackling you.  Whatever is going on. Joy, heartbreak, humor, concerns: we want to celebrate it all and reach a higher plane with everyone in the room. It’s a time to be in and experience the moment. To not be alone. To not be fearful. To be united if only by the desire to celebrate life.  There’s guitars and drums and electronic stuff, lights, all of that. And we spend a lot of hours getting that to a level of quality we are proud of.  There’s also often crowd surfing, whatever the moment demands and what brings everyone together.  We also like to meet with everyone afterwards whenever we can, it's just great for us to be out in the world moving, living and experiencing with everyone who wants to join.

What’s next for you? Any plans for your next single or another album?

Dreamers: Right now we are about to release the second part of our 3 part album release.  We’re stoked to get more songs out there and to continue the story we are telling.  There will always be more music, videos, animation. Our first full headlining tour in September-October.  Lots of crazy vibes we've been working on and we’re just excited to share with the universe.

What is your proudest moment as a band thus far?

Dreamers: There have been so many proud moments along the way, it feels like every time we do something bigger and better is the proudest moment, getting played on the Seattle radio station I grew up on, our first big festival, opening for some of our all time favorite bands and now our headline tour this fall.  I just feel grateful to be with a great team of people who all want to work hard and make great music happen.

What do you want to say to your fans?

Dreamers: I would say keep dreaming, use that brain of yours, create worlds fantasies, imagine how you want to be. Life is such a strange and surreal situation to be put in, but we can create beauty and love, lets do it together.  And for anyone who made it to the end, thanks for reading.