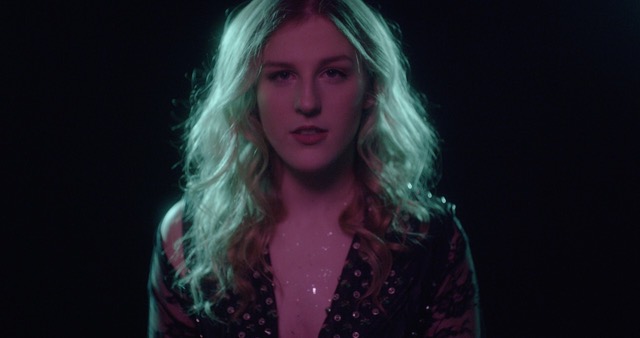 Emily Perry is the Australian sweetheart with the voice of an angel. Her music is a perfect blend of pop and dance. Her songwriting is so organic and it comes from her background as a dancer.

Dancing was what got Emily interested in music in the first place, she studied all kinds of dancing and eventually fell in love with music. She says, “I've been a dancer since I was about three years old. I've done it professionally. I've just finished up a dance course a couple of years ago , and from there I really got into my love of music and singing. I realized that was really the main thing I wanted to do with my career.”

She still uses her dance background and experience into her music. She explains that with music she can use all of her talents, acting and dancing. Emily explains, “When you're on stage, you have to act. You have to be a performer. You have to dance, and you get to sing. I think it's kind of having all of it wrapped up in one, but kind of an excuse to do them all.”

Emily’s music can definitely be defined as pop, but the genre gets a bad reputation. With so many genres popping up she likes the ambiguous nature of the term. She wants to be able to drift between different circles of the genre. She says, “I think I like being a pop artist because I don't really have to fit into one idea of what people like. I like to get dance remixes, and I like to do acoustics so that I can appeal to that many different people.”

Her song “Walk In Silence” has been climbing the charts. She collaborated with producers and loves working in that environment. Emily explains, “It was a really beautiful experience. I think working in group is such a fun way to write because if you're stuck on something, another person in the team will think of an idea that you never even thought of. And with Walk in Silence, we had the track. We really just had to think of things melodically and lyrically. We all put out our own vibe and on it, and it was really a great experience.”

She loves that the listener can interpret the song in any way and doesn’t want to give away too much about the story behind it. Emily say, “I think everyone has their own personal experiences especially with more of an emotional song like this one. And I think they can draw from that in their own way. That's why I never really specify a certain person or a certain word. I like to keep it general so it's open to people's views.”

As for her best advice, Emily thinks it’s more important to value yourself. She says, “Just love yourself. I think it's the most important thing. You're going to get so much hate, and negativity, and people telling you what you can and can't do as a woman. Even though we're in 2018, that's still going on. Thankfully in this industry, we have so many strong females taking the world by storm.”