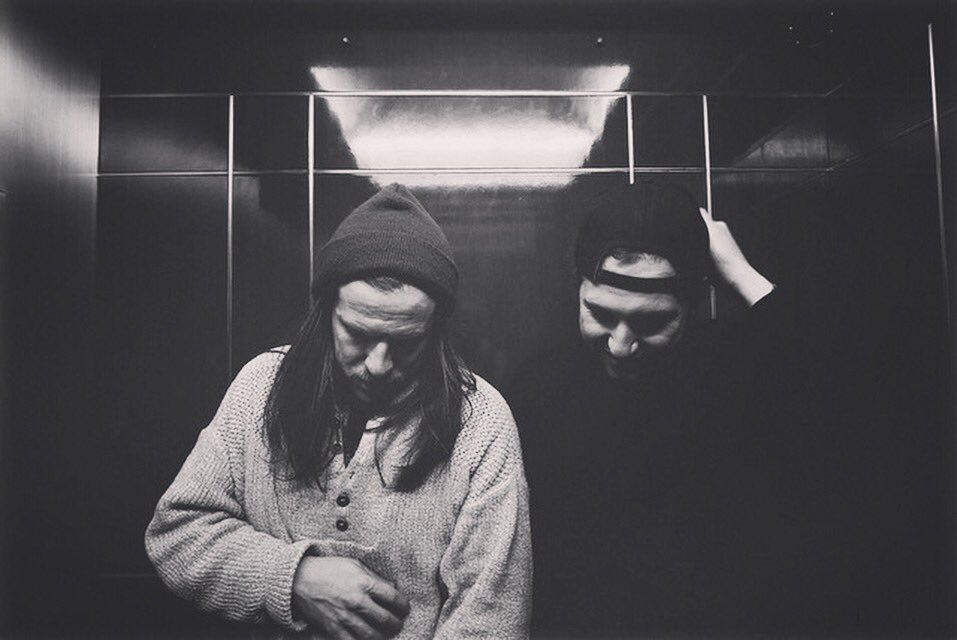 Foreign Air immediately caught my attention after I heard their captivating single “Caffeine” the song is so damn sexy and the music arrangement is so interesting.

Jesse Clasen and Jacob Michael of Foreign Air met almost eleven years ago in North Carolina. They were in separate music projects but they stayed in touch and would send each other music.

Jake says, “When you’re planning and playing music and you connect with them, that kind of connection lasts a long time. We stayed in touch and played shows together and slept on each others couches.”

Jesse adds, “I was always sending Jake music and I kept sending him stuff and it really resonating with him. Eventually he decided to come down and see what happens face to face. That’s how it all started”

When two people like Jake and Jess meet up like that, that’s when those two musical strengths can play off each other, that’s the kind of electric chemistry that has made Foreign Air so successful in such a short amount of time.

Jesse says, “I think it’s a gut feeling. You know when somethings working. We’ll play things for our friends and you want to keep impressing them and yourself.”

Now you’ve probably, slightly heard “Caffeine” on the commercial for the show “The Arrangement” but what’s interesting is the song actually got picked up for the show before it was even finished. Jake explains, “It was crazy because we were on tour while we were working on it. We wrote that for this TV show, we didn’t write it for the show but we were working on it knowing it would go on the show. We’d go back to our hotel and work on it after our shows.”

Jesse adds, “Free Animal started with just a voice note and that song came together really quickly. Sometimes we make music that doesn’t have any vocals or melodies and we have to ruminate on it for a while. It’s a journey from song to song.”

One thing that’s certain is their songs have the ability to latch on to you. I’ve probably put “Caffeine” and “In The Shadows” on almost ten different playlists for so many people at this point. That hype has been building and now they’re on tour and playing festivals. They say they build that interest one show at a time.

Jesse says, “We do it one show at a time and a lot of it has been Spotify and word of mouth. I feel like it feels special because the people come to see us, every time we release a song they reinterpret the product in a new way.”

Catch Foreign Air if you can! They’re at so many festivals and they’re on tour this year! Follow them on Twitter and Spotify, you know the drill.