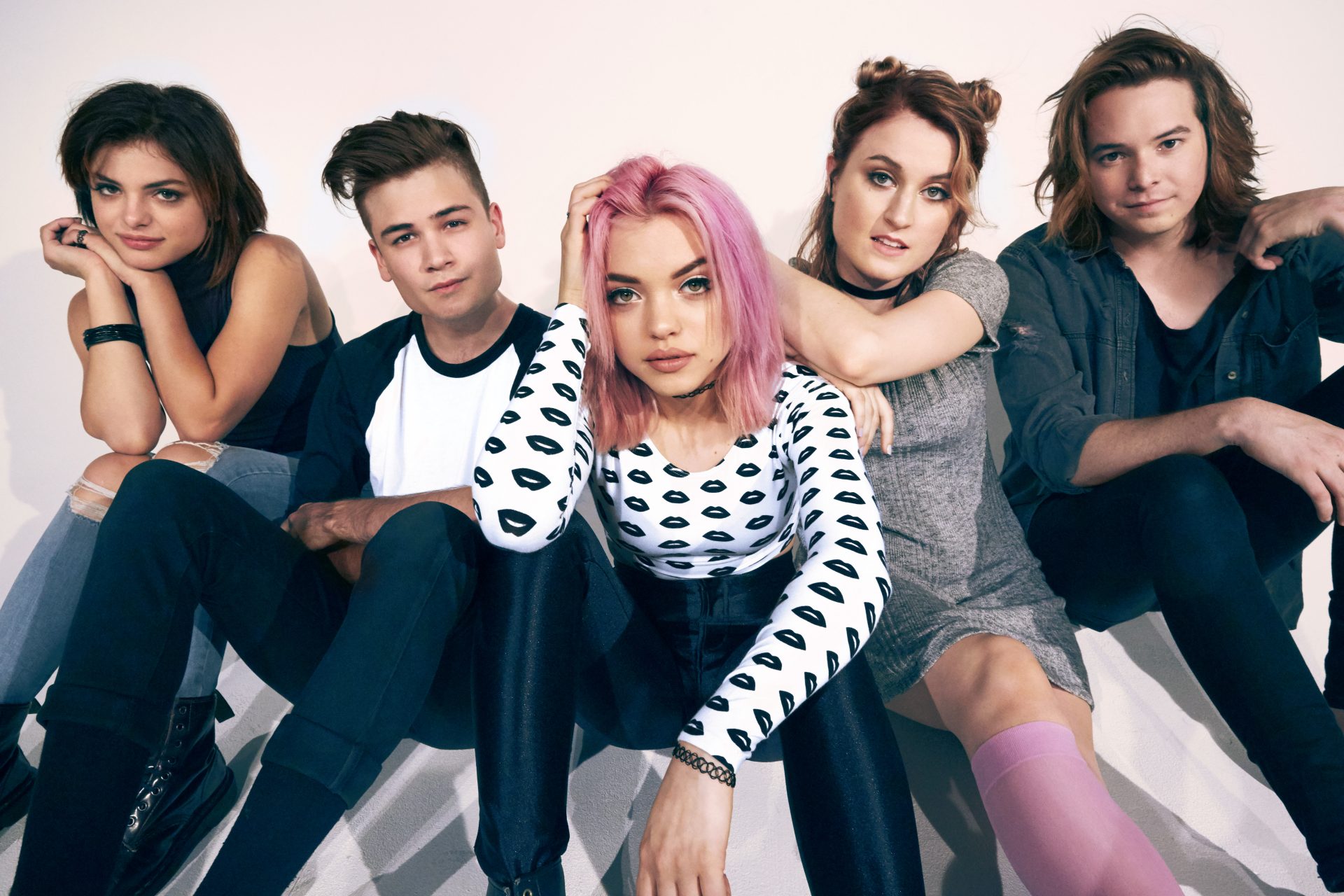 I’m an impatient person so after two EPs it was natural to crave a debut album from Los Angeles-based alt pop band Hey Violet. The group has come a long way since their I Can Feel It days, but traces of the rocker vibes can be detected in various songs. Since being signed by 5 Seconds of Summer’s label through Capitol Records and working with Julian Bunetta (who’s worked with One Direction) you just knew this group was bound for success.

Rena continues to impress me with her vocal ability and this album did not disappoint. The songs are raw and real – and that’s exactly how I’d describe this group. It’s very rare to see artists at this age know exactly who they are and convey that in their music, but Hey Violet does just that.

Break My Heart – I think is the perfect first track for an introduction to the group. When Hey Violet first began, they were very much rock-influenced. You still get a sense of that in some of the guitar chords, but there’s also very much synth beats in the chorus.

Brand New Moves – You can tell this song is definitely heavily influenced with 80s-pop. If you need a song to get your night started, might I suggest this one. This song’s a jam when you’re in the pit, floor of an intimate venue, or even around your living room.

Guys My Age – This song came out about 9 months ago and it’s still very much catchy as it was then. Paired with cutting lyrics and pulsing beat, this is the perfect song for any guy in your life who isn’t worth your time.

Hoodie – Immediately when this album dropped my girlfriends texted me, “You were right about Hoodie!!!” Hands down, this track is on my list of top 3 favorites from From the Outside. The way Rena’s voice transitions is just incredible. I swear I’m going to be screaming, “STILL ROCKING YOUR HOODIE, BABY, EVEN THOUGH IT HURTS” all summer in my car.

My Consequence – I’m always bragging on Rena’s voice and how it’s just transformed so much since last July and this song proves my point. This is one of the many songs that shows her range. This song displays such vulnerability from the group and you can tell within the lyrics themselves.

O.D.D. – You know if Sizzy Rocket’s collaborating on a song, it’s going to be good. With this one, we get a more vulnerable side to the group. When Rena sings “My sister, bless her heart, she was the only one who had my back when everyone else did not” shows the strong relationship she’s built with drummer sis, Nia.

All We Ever Wanted – This song very much reminds me of a Charlie XCX mixed with old school Gwen Stefani track and I’m kind of living for it. It’s very much channeling a rebellious vibe and proves to be an upbeat anthem perfect for this summer.

Fuqboi – There’s not a day I don’t reference this song to a girlfriend. Modern dating just sucks and there’s way too many bad experiences that overshadow the good ones. So if you’re ever feeling angry and down, just play this at full volume. Trust me.

And remember, “when there’s cute things he’d say, I bet he stole ‘em from Drake.”

Unholy – Wow. This song is AMAZING. I thought the live version was great, but the studio version killed me. Rena’s flawless vocals paired with the sensual music makes this for an addicting song. I’ll let Emily take it from here though.

Emily – Hey gang, this is seriously one of my favorite songs right now. I have been waiting with breath bated about the studio version since seeing this song performed live. I’ve said this about Hey Violet before but the way they mix pop/punk/rock genres together is incredible. Rena’s vocals on this with that light piano backing is incredible. The lyrics are dangerous and edgy adding that mystery. Just a flawless song, I’m so happy about it.

Where Have you Been (All My Night) – I saw Miranda tweet how she was driving around LA playing this, and I immediately couldn’t wait to hear it. Each lyric transforms with Rena’s vocals. Hands down my favorite song from the debut album.

Like Lovers Do – This is a very, very catching song. It’s got a carnival-like beat and it just makes for a quite playful song. This group is no stranger to experimentation, and while this was a very different sound, it shows the group’s versatility.

This Is Me (Breaking Up With You) – If you missed the old Hey Violet, this track is definitely for you. This upbeat jam very much resembles their pure rock days. I wasn’t expecting a track like this from the group at all, but I’m glad it’s on the album. Also, who knew breaking up could sound fun?

Final thoughts on Hey Violet’s debut album? It’s a pretty solid collection of songs. It’s really hard to describe the band as a whole – I mean there’s Nia, Casey, Iain, Miranda, and Rena. Honestly, I think From The Outside does a fabulous job at portraying their personalities while maintaining each member’s individuality. So if you haven’t listened to it yet, what are you waiting for?!