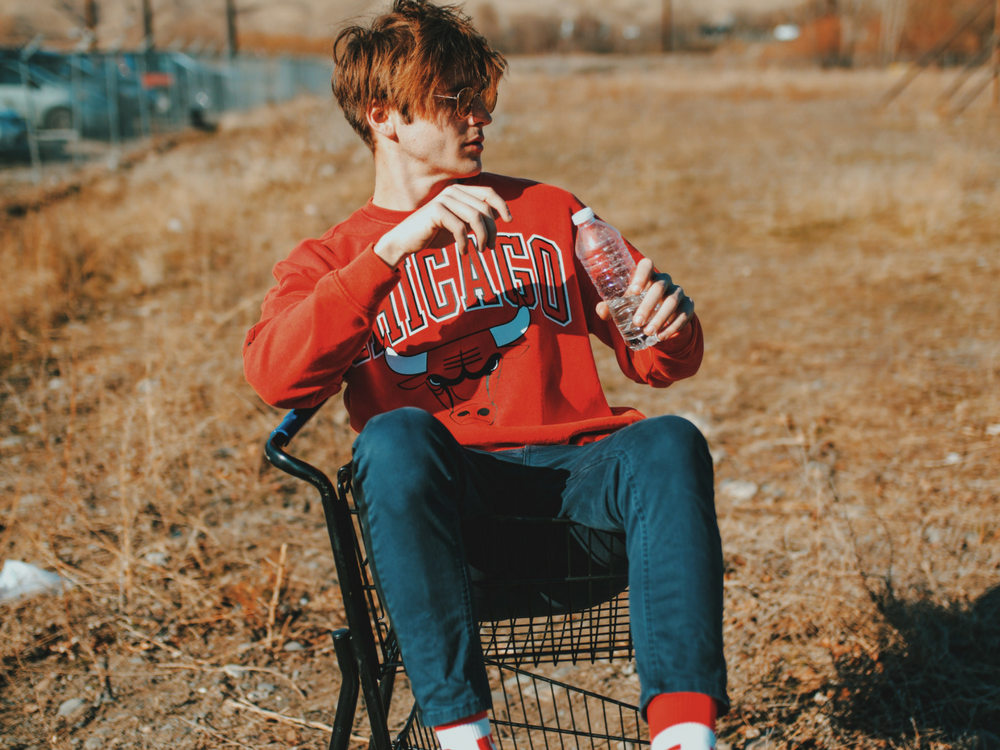 As soon as Eben walked on stage at the sold out Why Don’t We show in Dallas, we knew he was going to be someone to watch. The crowd instantly went wild and we were surrounded by fans chanting his name, which is not always the case for show openers. And as soon as he started his set, we realized what the hype was about.

As someone who has been in the music industry for a few years, getting to perform in front of such great crowds every night is HUGE - especially when you combine it with a tour with some of your close friends. And that’s exactly the opportunity Eben got when Why Don’t We offered him the opening spot on their Invitation Tour to help take him to the next step as an artist. Even as someone who has been performing his whole life, he says it just “feels so good to be back up there” doing his thing.

Adding to the excitement of getting to tour is the release of his new single, LAMBO - and it’s a bop, y’all.

“It’s been a long time since I have put out music, and I have been itching to show the world what I have been up to.”

This single is truly an example of how hard work pays off - and, it’s so relatable. In the song, Eben sings about the frustration you feel when your bank account is low and even though people say money can’t buy you happiness, you’d rather be crying in a LAMBO than anywhere else and who CAN’T relate to that. I mean, even if you’re crying, at least you’re driving a Lamborghini!

Just that concept is what makes the video for LAMBO so funny and truly shows Eben’s personality - in it, we see Eben squaring off against some kids all while driving a tiny version of a Lamborghini. He says director Eli Sokhn actually brought him the concept, laying out an idea for “crazy mini car chases with kids dressed as police officers,” and as soon as he heard it, Eben was all in. They even got the mini cars at Walmart just for the shoot! I won’t spoil the end for you, but as Eben mentions, the song is “pure fire” and the video is a hit, too.

Listening to LAMBO is almost like a tease - a song so catchy makes me want more. And it sounds like, if we’re lucky, Eben also wants more.

“I definitely want to drop more music,” Eben says. “I’m in the middle of getting my album together, and I have been making so much music. Now, I’m working on figuring out what is going to go on it.”

When working on any project like an album, Eben says he really tries to focus on telling an overall story in that collection of songs. Having worked so hard to get to where he is today, he wants to make sure the feelings he has when creating the music come through in the songs and that people can relate to them. “I never want my music to be meaningless or empty,” he says.

So far, it seems like his vision is working - even just around this single and his mixtape “Finally,” Eben has some diehard fans who come through on social media and at the shows, and he knows it.

“I just want you to know that you all are the reason that I keep going. I would be nothing without you, and I’m eternally grateful for the love and daily support that you give me.”

Keep an eye out because I have a feeling we just might see an Eben headline tour sooner than we think - and we’ll be there! Make sure to follow Eben on Twitter and Instagram so you don’t miss any big new music announcements and click here to watch his video for LAMBO.