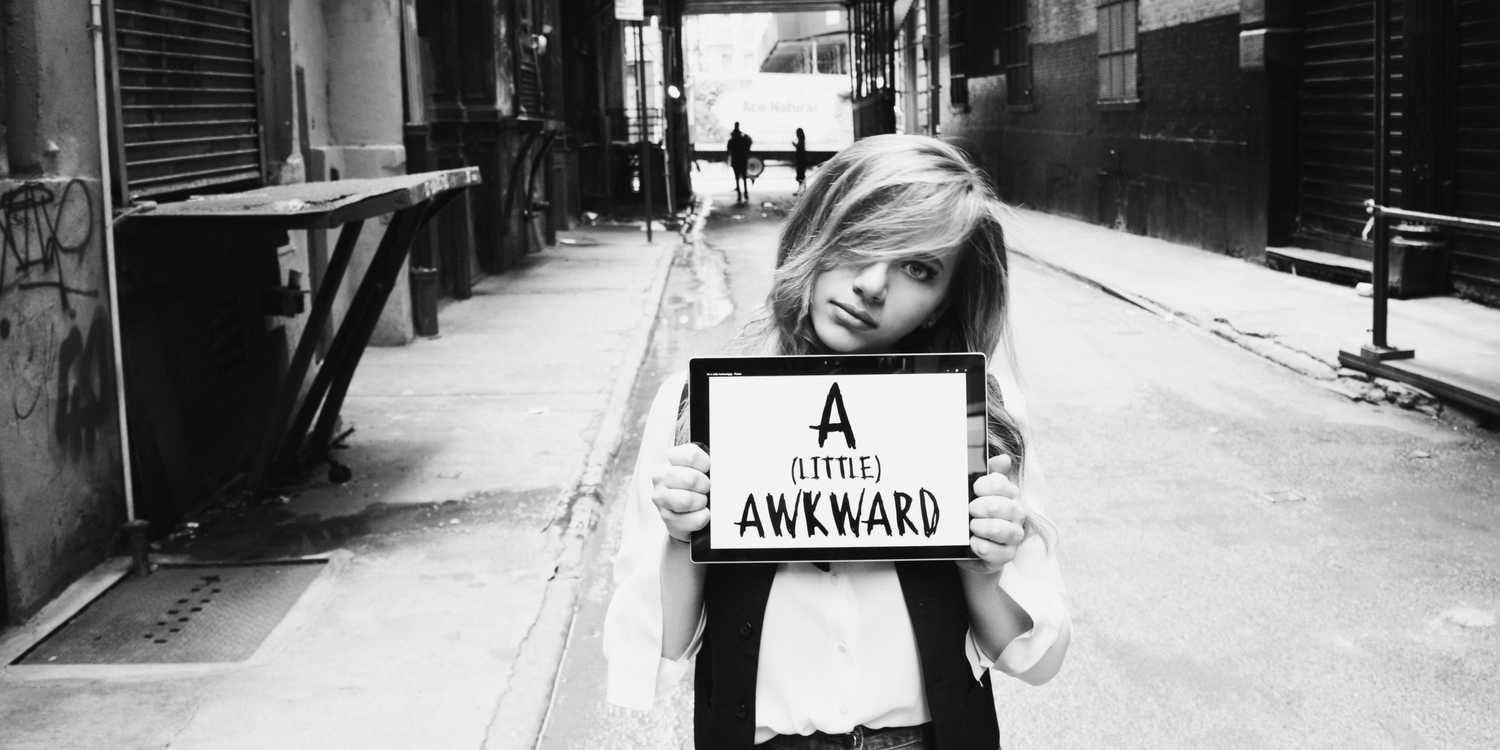 17-year-old Hailey Knox is just like any other high school student. She hangs with friends, does homework, and dabbles in music. Recently she’s been opening for Grammy nominated Charlie Puth while on his “We Don’t Talk” tour. Okay, so dabbles in music might be a bit of an understatement…

I saw Hailey for the first time while at the Houston stop of Charlie’s “We Don’t Talk” tour and was completely blown away by her performance. She appeared on stage just herself, her guitar, and a rather epic assortment of loop pedals. She started right away plucking at strings and pushing pedals, singing harmonies, and drumming on her guitar. I wasn’t quite sure what she was doing, then BAM it all fell into place.

She was her own band. She was her own back-up singer. Hailey was a one woman band! I knew right then The New Nine needed this interview. Thankfully I was lucky enough to have a quick chat with Miss Knox about her recent endeavors, fame, and about that crazy loop pedal.

Being my very first interview for The New Nine I was super nervous about interviewing Hailey. But when I finally got her on the phone I felt a huge wave of relief. She is the sweetest person!

When I asked Hailey what she’s been up to lately she laughed and replied, “Honestly, I’ve been doing school work. And I just got off tour, my very first tour, which has been unbelievable!” Hailey said the tour with Charlie was amazing and unreal. Unfortunately Charlie became sick while on the road and the tour was cut short so he could rest. (We hope you feel better Charlie!)

I asked which city was her favorite to perform in and she said New York, her hometown. That’s where she had the largest meet and greet and her first taste of fame after the show. She said, “I walked out after I performed and there was this insane amount of people holding up their phones recording me!” She was blown away and thought it was so weird, but she couldn’t stop smiling.

In early October, Hailey discovered she was on People’s “Ones To Watch List 2016”. Her reaction about being at the event: “It was awesome! When I realised Daya was standing next to me on the red carpet, I was freaking out. It was so surreal, really. It was my first red carpet, it was a dream.”

She said she couldn’t believe she was standing next to someone whose music she listened to regularly. Some others on the list: actress Ruth Negga, actor Jake Lacey, musician Daya, and actor Jimmi Simpson. Hailey said she felt honored to be on a list with so many talented people.

I mentioned to Hailey she was like a one woman band, she laughed and said, “I actually call my loop pedals my band!” I asked her how she came to master the pedals and where she got the idea of using them from. Hailey told me she and her sister used to have a duo named “The Knox Sisters” just for fun when they were younger. Her sister, Samantha, played percussion and she played the guitar.

One year for Christmas her mom got her this basic loop pedal. She says, “I really kind of taught myself the basics, I guess. I really didn’t know what I was doing. I just kind of messed around with it and created my own renditions of songs that I love.”

Hailey got her fame from posting on YouTube. Her rendition of Aloe Blacc’s “I Need A Dollar” caught the ear of her now manager. She said she beatboxed in the song and added, “I can’t really beatbox, but let’s just try this! But yeah, the loop, it all started with my Christmas gift I guess.”

From loop pedals to lyrics, Hailey’s song “My Worst Enemy” really speaks to me because being a woman in today’s culture, honestly being a human in today’s culture, is so hard. You’re constantly comparing yourself to others even if you don’t mean to. In this song Hailey shines light on all the things going through our heads that bring us down, and in the end her lyrics say forget all that crap!

I love how Hailey advocates for the geeks, awkwards, and outsiders. She said, “I hope (my songs) capture my weird and quirkiness.” She’s such a good role model for young people. She’s not anything other than herself, and she clearly states it in her song “Take It Or Leave It”.

“A hundred billion stars in the milky way, But I’m the only one with this DNA.”

Her song “Awkward” got a lot of attention from fans and their parents. She said, “It’s funny the video on Facebook is crazy with comments from the perspectives of mothers and kids.The kids are saying I totally agree, this is totally me saying this. And then you have the parents saying I’m going to take this kids tablet away!”

The music video fo the “Awkward” is based on Bob Dylan’s “Subterranean Homesick Blues“. It’s a more modern take on his video by using a tablet instead of cards. (If you haven’t seen either videos both will be at the bottom of this page!)

I asked Hailey if she has advice for girls trying to break into the industry. She said, “With social media nowadays you can really get your name out there yourself. You post videos, which is the way I was discovered. Yeah, just posting your own content and being very persistent with the content you put out there.”

Hailey also says being there for your fans is very important. “I think I’ve been pretty good to my fans. I try to respond and reply as much as I possibly can,” Hailey said. After all your fans can either make or break you. Her fans, or “Hailiens” as she calls them, have been hugely supportive on YouNow. Which, if you don’t know what YouNow is (I had to Google) it’s a live video site and app. Hailey said being on YouNow has helped her and most of her supporters on there have been with her since day one!

She has a whopping 27K followers on Twitter and an even more impressive 172K viewers and 2M views on YouNow and numbers are growing daily. We can expect an album from her within the next year. Until then you can stream her EP “A Little Awkward” on Spotify and other major music sites. Please, please, please go listen to her music! You will NOT be disappointed!