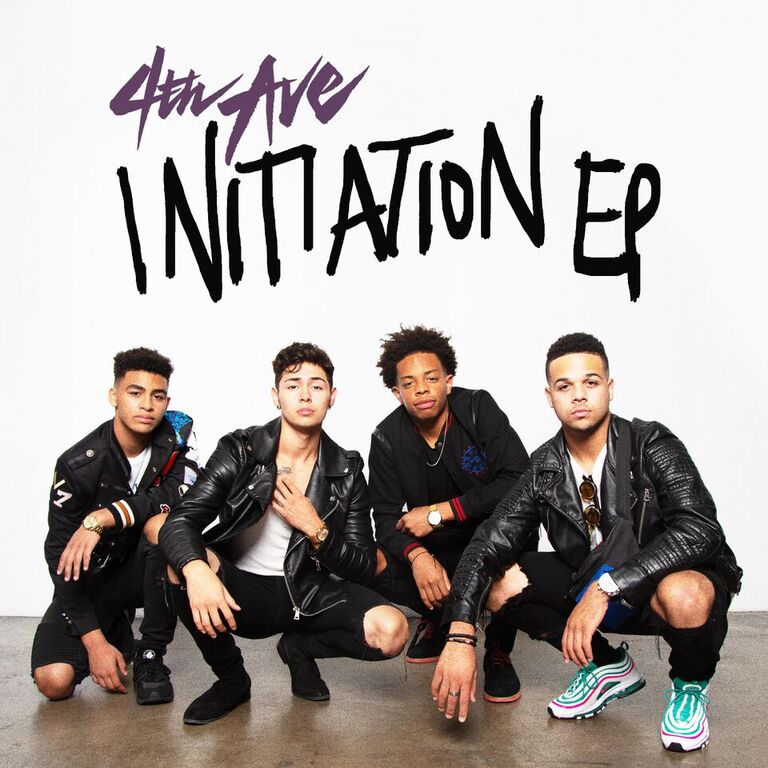 Most of you probably watched ABC’s show “Boyband” in which Rita Ora, Nick Carter and Timbaland all worked to create the next sensational boyband. The four men I’m about to introduce to you all met on the show and had instant chemistry. While they weren’t the final group, Jaden Gray, Camry Jackson, Mikey Jimenez and Marcus Pendleton created their own group known as 4th Ave. Their vibes are kind of like Boyz II Men meets Brockhampton, and their lyrics relate to fans of all ages.

Their Initiation EP dropped last Friday and the group has not stopped since. On top of prepping for their headlining tour, they just made an appearance at MTV’s VMAs! Take a listen to their EP and check them out on tour this fall!

Okay, we'll just get this out of the way - how was your experience on the show and how do you think it helped you guys realize you all had chemistry to form a group?

Our experience on the show was unexplainable, it taught us that teamwork makes the dream work! With that mindset and mentality every week, we knew nothing could stop us!

What is the inspiration behind 4th Ave?

After the finale of Boy Band, Timbaland came up to us and said that he felt we should make our own group. From that point on we made Adam Blackstone our MD, Jared Rosenberg our manager and made magic!

Marcus: Yes, Nashville influenced my singing because of the diversity!

Mikey: Yes, I think it has definitely made a big impact on my ear for music!

Cam: My hometown and family inspired me to sing in the church!

Jaden: Yes, I grew up in the church and Compton. That is where many people inspired my sound and background! In addition to that my whole family sings and is musically inclined. That also played a major part in my musical life!

Can you tell me about the process behind creating the EP?

The process behind this EP was crazy! It was the first time we’ve ever sang in the studio together. So making a whole EP while only being a band for 8 months was unreal! We learned so much about each other through the process as well! We are ready for the next one!

How stoked are you guys for the VMAs?

We are beyond stoked, like we are actually performing on the VMA’s! What an honor it is to be able to be in this position! Huge shout out to our Musical Director, Adam Blackstone and Manager, Jared Rosenberg for making all of this happen!

What can we expect from the tour this fall?

Everyone can expect a lot from this tour. We have a mixture of every genre, vocally and choreographically. So get ready for our Emotional Roller Coaster, because it is about to be crazy!