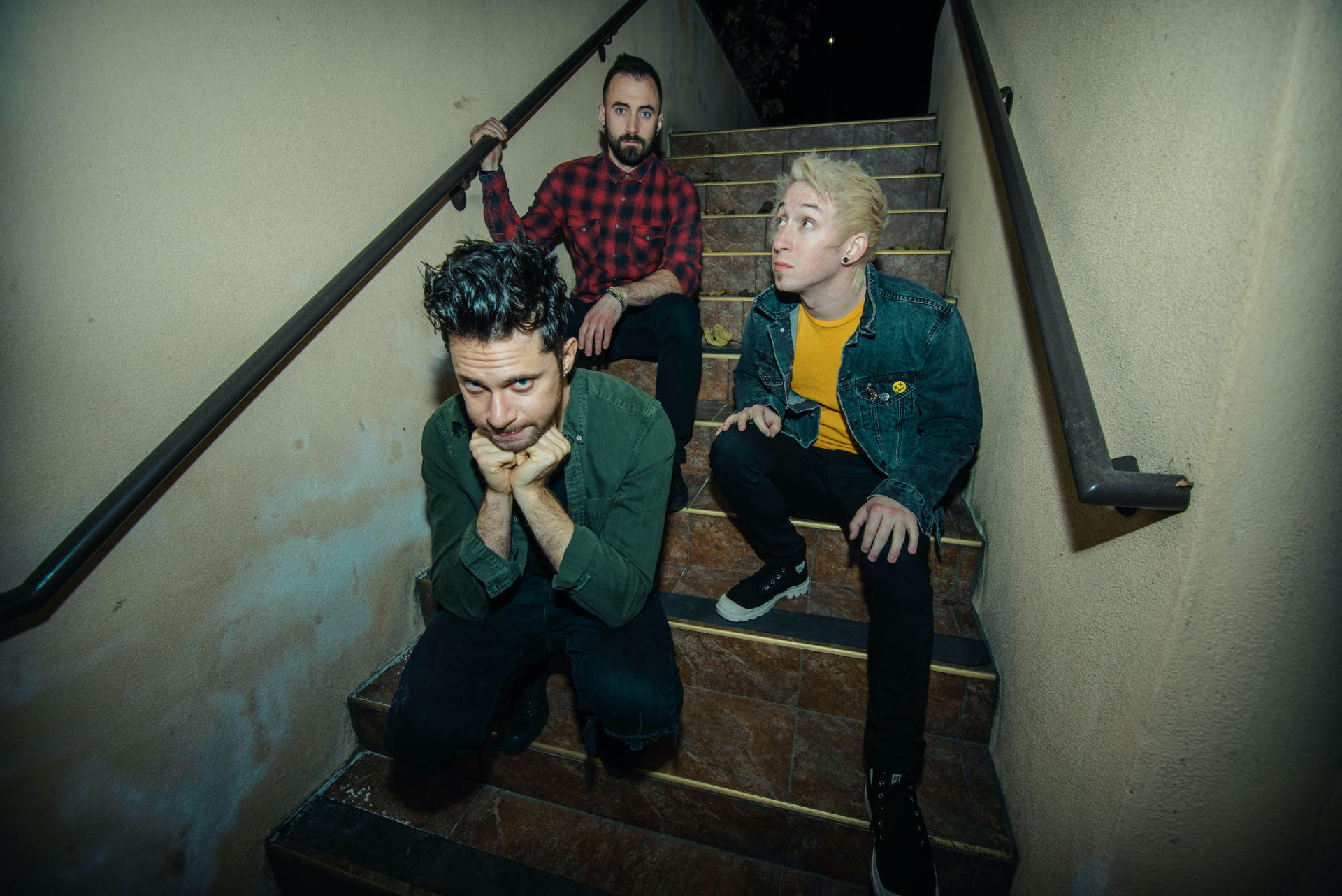 Gutter Daisies are bringing back our emo inner-selves that we’ve so dearly missed. Their new song “Celebrity Suicide” brings to light the way we seem to indulge in celebrity tragedy, at its core it's about how blasé we can be about mental illness especially the way it's presented in the media. We talked to them about the new song and bringing angst back.

How did the band get started?

Gutter Daisies: In 2017 we were all doing different projects that were a little more mainstream, but nothing really felt right. We grew a bit tired of trying to fit into a specific mold. Mike and I had been in a band together previously back in New Jersey where we're both from, and we had known Miles through a mutual friend. I picked up the phone and called them both, saying "Hey.. Do you guys want to just start a punk rock band that doesn't care who likes our music, or who even listens to it? This will be just for us. For the rehearsal room's ears only." They immediately jumped on board. We just wanted to play without the pressure, without any intentions, and without approval. It came from the most genuine place it could come from. The more we started writing, the more we got the urge to record everything. We went into the studio with our buddy Jake Valentine to record our EP "Social Insecurity." From that point on we decided to take it outdoors to the public and the rest is history. It's been a really fun ride so far and the response from our fans and friends has been what keeps us moving forward.

Tell me about your new song “Celebrity Suicide” what’s the story behind the song?

Gutter Daisies: After Chester Bennington's unfortunate death, I saw so many people posting about how affected they were. Justifiably so. But I also started noticing that a lot of these posts felt as if they were after something other than paying homage to someone that touched their lives. I saw one too many photoshopped selfies, which probably took 15 tries to get the lighting just right, posing as if they were getting ready for their big social media debut with the caption reading "Can't believe the news about Chester. So awful." The picture and caption were so detached from each other. It's almost as if they were after "likes" rather than paying their respects. I totally get that social media can be a platform to express how you feel and get support from others in times of need. This seemed like it was being exploited in a way that was disappointing. And I feel like we've seen this so many times before in the media as well. Sometimes the only way to be heard is after your voice has been taken from you. That's when the spotlight shines down. And I think I can speak for everyone in this band when I say we’ve all dealt with anxiety and depression for the majority of our lives. It’s a subject we can relate to on many levels. It’s something we feel is a serious topic that’s way too common. The lyric is meant to be a reflection and a slap on the wrist of what drives us to the dark places and the truth about how our surroundings can ultimately be more toxic than the thoughts in our heads. And I’d say a lot of times, it’s the outside that brings so much pain to the inside. I also have to give a huge shout out to Mike Pepe who produced this song. He really brought it to life and knew how important this song was to us.

Gutter Daisies: I've been on a total Vulfpeck and Cory Wong kick lately. Even though it has nothing to do with the sound of our band, ha!

I read that you’re bringing angst back to music, can you elaborate on that?

Gutter Daisies: I'm not sure I'd say we're bringing angst BACK, I mean, there are plenty of pissed off artists out there (which I tip my hat to). A rule we have within our band is that we'll always be as honest as possible, even if it means we're gonna piss a few people off. We're living in a really emotional time period right now. If anything, I'd say the world we spin on is bringing angst back to us. We like to look at ourselves as a vessel.

Finding our place in it. One of my favorite quotes by Miles Davis is "man, sometimes it takes a long time to sound like yourself." I think it's the same with finding where you belong. The two come hand in hand, but sometimes one happens before the other.

What’s your best piece of advice for your younger selves?

Gutter Daisies: Stop buying clothes from H&M. You won't be able to fit into them after you wash them once.

Follow Gutter Daisies on Instagram and Spotify to stay tuned and listen to their new song now.