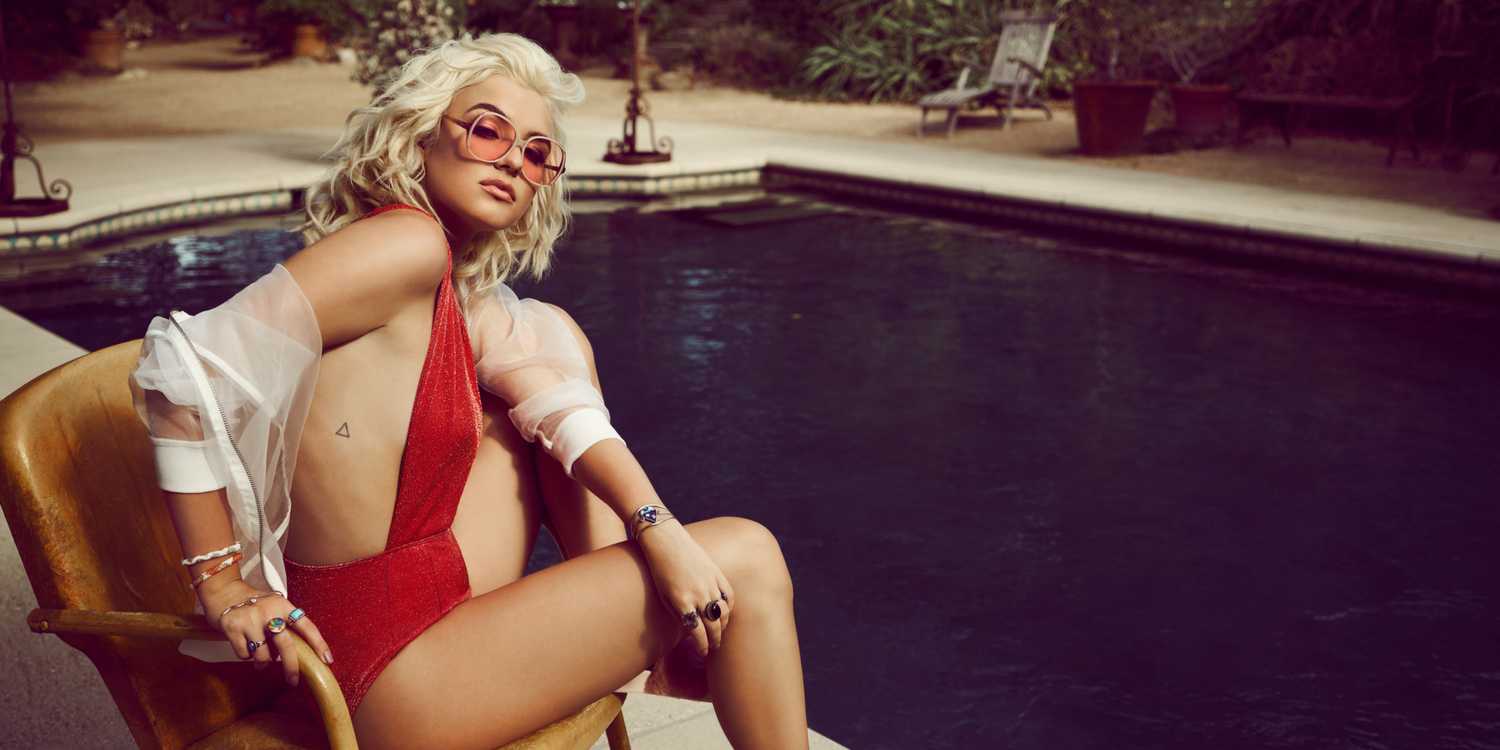 Believe it or not, you’ve heard Maty Noyes and her ridiculous talent. You probably just didn’t know it. Prior to releasing her own EP, the singer/songwriter worked with some pretty familiar names. Not only did she write “Stay” with her collaboration with Kygo, but she’s also the sultry voice you hear in The Weeknd’s “Angel.”

Noyes tells me, “It was really good collaborating with them because I got to taste a lot of different kinds of music and became used to touring & playing front of people. It was definitely the preparation I needed before I showed the world what my music was all about.”

So when I first heard “In My Mind” I couldn’t believe this was the same girl. Not because she didn’t sound the same, but because I didn’t know she was a solo artist on her own.

Also, not sure if you caught her EP name yet. It’s titled Noyes Complaint, A PUN. AFTER. HER. OWN. NAME. Tell me this isn’t catchy as hell. Also, here’s the tracklist, correct spelling and all.

Notice anything particular with the letters? Noyes told me she actually came up with this on the spot. She says, “Right before the EP came out I was at my label and they asked me what I wanted the orders of the song to be & if I wanted them to be lowercase, uppercase.”

If you’ve seen the cover, it’s no secret Noyes is a fan of the art. With the retro bright colors and 80s-style layout, she tells me it was important to her to showcase how the art reflected the music. “The inspiration was reflecting how I was feeling inside when I wrote the songs. I love all art, so album art is really important to me,” says Noyes.

Growing up in Corinth, Mississippi, Noyes tells me when pursuing music, she knew she wanted to move to the next biggest music city – Nashville, Tennessee. She adds, “Something about the vibe there was really pulling me in. At the same time being so young, it was closer to my family which I know was important to them.”

It comes as no surprise that The King himself, Elvis Presley, is one of her biggest musical inspirations along with Marvin Gaye, and Erykah Badu. All amazing, talented company.

Of course, we talked about what every girl seems to (eventually) talk about – relationships. Her single, “In My Mind” hits at the frustration a girl goes through when she’s being judged by someone when all she wants is them to love her back.

“I know I messed it up with every other guy, I swear you’re different and this time I’m gonna try, We can start fresh if you’d just let go of the past yeah, I don’t I don’t I don’t get it cause I don’t judge you like that, You’re acting like I been around with every single guy, Got me running other places in my mind in my mind”

Noyes ties it all together when she tells me, “In the end, you weigh the pros and cons and realize that you love them more than the thought of losing them after all.”

While 2016 may be ending, you might want to go ahead and check out Maty if you haven’t already. Between writing songs for movies and jumping on several tours, exciting things are coming in 2017 for this 19-year old. Watch her video for “In My Mind” right here.