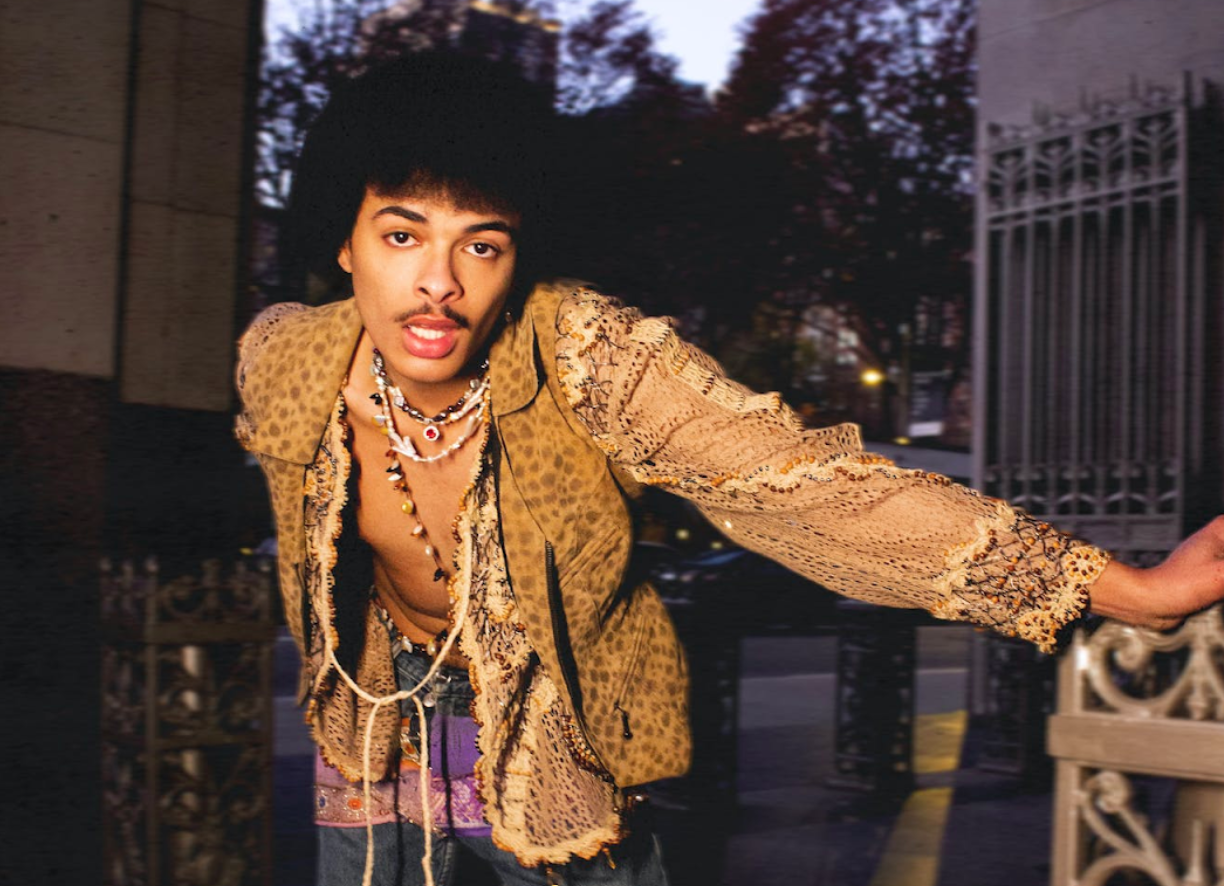 Isaac Dunbar truly is SUCH.A.VIBE. His dreamy vocals match his dreamy personality. We got to catch up backstage at Austin City Limits and it was so awesome to hear about the inspiration behind his alter ego, his music and what’s coming up next for him.

I LOVE your outfit so, so much.

Isaac Dunbar: Thank you! I love your eyeshadow.

STOP IT! Okay, tell me how you would describe your alter ego, the banshee.

Isaac Dunbar: I would describe them as a comedian, very intense, theatrical. And very wise.

Tell me how you came to create him.

I love that so much. Who are artists, those you either listened to growing up or current that have inspired your sound?

Isaac Dunbar: It was so fun. Never would I have imagined I would walk in Fashion Week, but it was so fun and I can’t wait for next year.

It sounds like such a dream come true. Which city has been your favorite to tour in so far?

It’s such a different environment there.

Isaac Dunbar: It is. I love everything about the city. I’m actually moving there in a few days!

I love that!! What’s next for you? Besides moving, of course.

Isaac Dunbar: Working on a body of music that I can’t say much yet, but I am very excited about it. And I have a lot of music stuff planned.

Who are you most excited to see at ACL?

Isaac Dunbar: Oooh Pink Pantheress, but we’re at the same time! But, The Marias, Paramore and Kacey Musgraves!

Keep up with Isaac Dunbar on Instagram, TikTok, and Spotify.