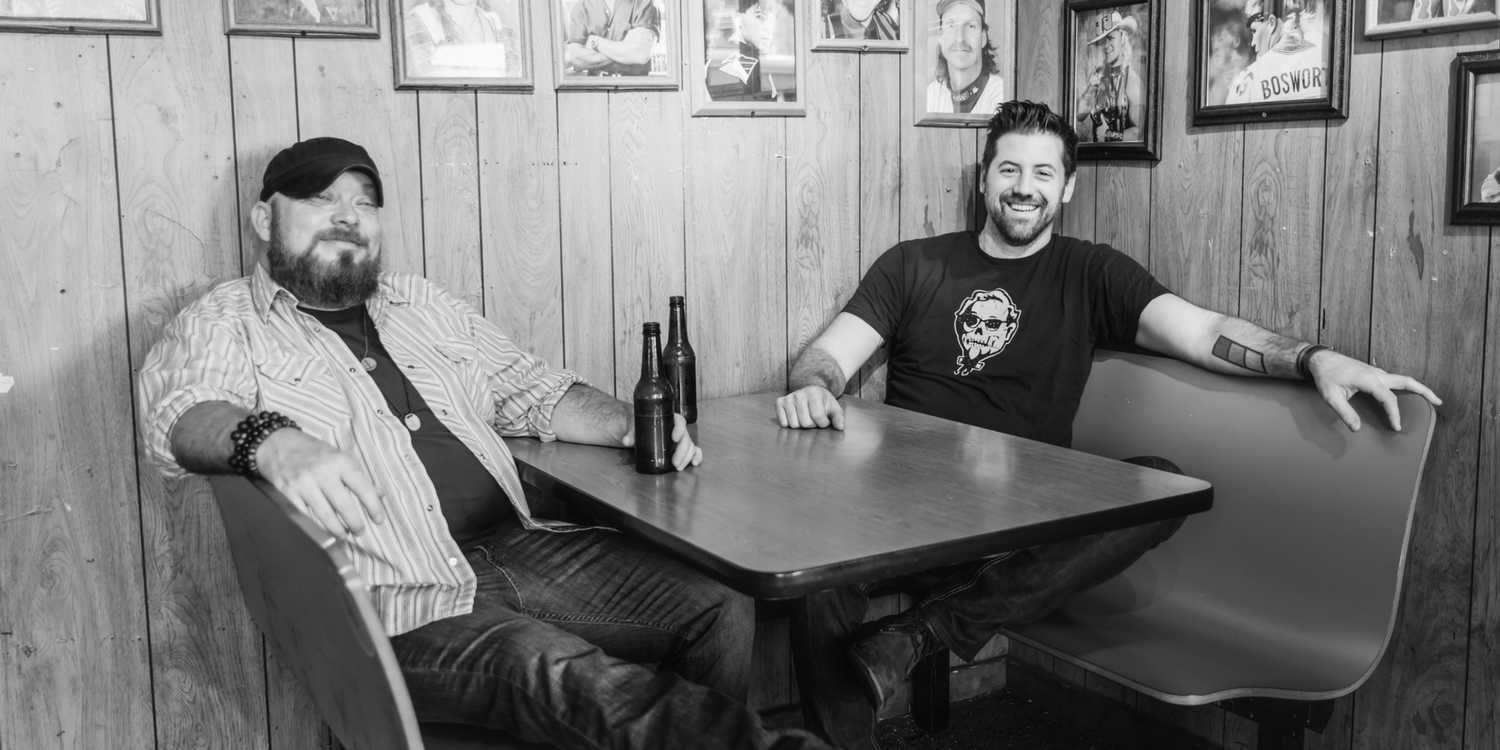 Every once and a while I get to interview a band like Jericho Woods. I get it, we mostly pay attention to boy bands and pop stars, but it was just honest and refreshing to talk to these cousins from Kentucky about their genuine songs and how they speak to the heart of America.

Josh and Paul grew up together in Kentucky, they’re actually on the family farm as they’re talking to me. They’re cousins, but they didn’t start playing music until they’d exhausted almost every other musical project.

Josh says, “We always wanted to play together but we were like ships in t he night. We kind of arrived in a place where we could do a project together. It screwed up our lives.” Paul jumps in, “but in the best way.”

Paul was from a musical upbringing, raised on pure bluegrass, rock n roll, and country. Josh grew up playing music in high school and college, even as a teacher, he taught Agriculture. The “FAA guy,” as he puts it.

Paul says, “When we finally had the time to get together it clicked just like we knew that it probably would all those years but even beyond that. Harmonies are a huge deal for us. We started singing these harmonies.”

Those harmonies are everything, blood harmonies, that perfect harmony that only comes from family members.

Josh adds, “We sound enough a like, like any family band. All these people who are brothers or cousins, it’s your kin to each other so the way you talk is the same. We were good buddies and our dads are best friends. We decided to stop doing all that other stuff and finally get serious about it.”

One thing that I don’t see enough of in music is authenticity. Josh and Paul just bleed genuine.

Josh says, “I think for us that comes with the songs we write and the subjects matter. We’re a little bit older and have a little bit more life experience, we have children and wives and worked at real jobs for a long time. We don’t take music for granted. We have to sing about things that relate to all people. Our new video, we shot it in our hometown. It has hometown landmarks we had friends and family involved in the video. They are the muse for all the songs we write.”

When it comes to writing they take inspiration in all forms. Paul told me about what the legendary Bill Monroe said about songwriting, “He just snatched them out of the air,” he laughs. They take that to heart. They derive a lot of inspiration from Tom Petty and Bruce Springsteen, it’s that whole idea of telling real stories, but they throw in those traditional bluegrass and country roots.

They’re writing songs about the people in their hometown and the experiences from their lives. They’re reaching a demographic of people that goes so noticed by mainstream music.

Josh says, “There’s always going to be people for you, you just have to figure out how to reach them. There’s enough people who can relate to your story. Being older, we got our first record deal in December, if this happened to me when I was 21, I would’ve taken it for granted. I have something to lose now. I’m leaving my wife and three kids at home every time I pull out of the driveway. I have to do right by them and make sure I’m not ruining everyones life by going after this dream.”

Having a family and life experience makes them different from most musicians. They’re relatable and they have examples to set for their kids and wives to thank for supporting them. It just makes them admirable. Even looking through the comments on their videos and social you’ll see things like “the whole community is proud of you.”

Paul says, “Our wives are wonderful wonderful ladies and I think they see merit in what we we’re doing. I have to mention our parents. We both have wonderful parents, and I’ve got to throw my mother-in-law in this too. When we’re on the road they go out of their way to help. Our dads are cousins and they’re the coolest guys in the world. They step up. Josh and I have both missed father-daughter dances because we were on tour. Well our dads are more than happy to dress up and take our little girls to these things.”

Josh adds that it’s the best lesson he could show his kids, to chase their dreams. He says, “I’ve never worked harder than I’m working right now. I appreciate their mother more than I ever did. I’m the happiest I’ve ever been and I want them to know if theres something you really love to do, do what your daddy did and go after it. You don’t have to do what everyone else says you’re supposed to do.”

Jericho Woods will be touring soon and they have a new album coming out in May!