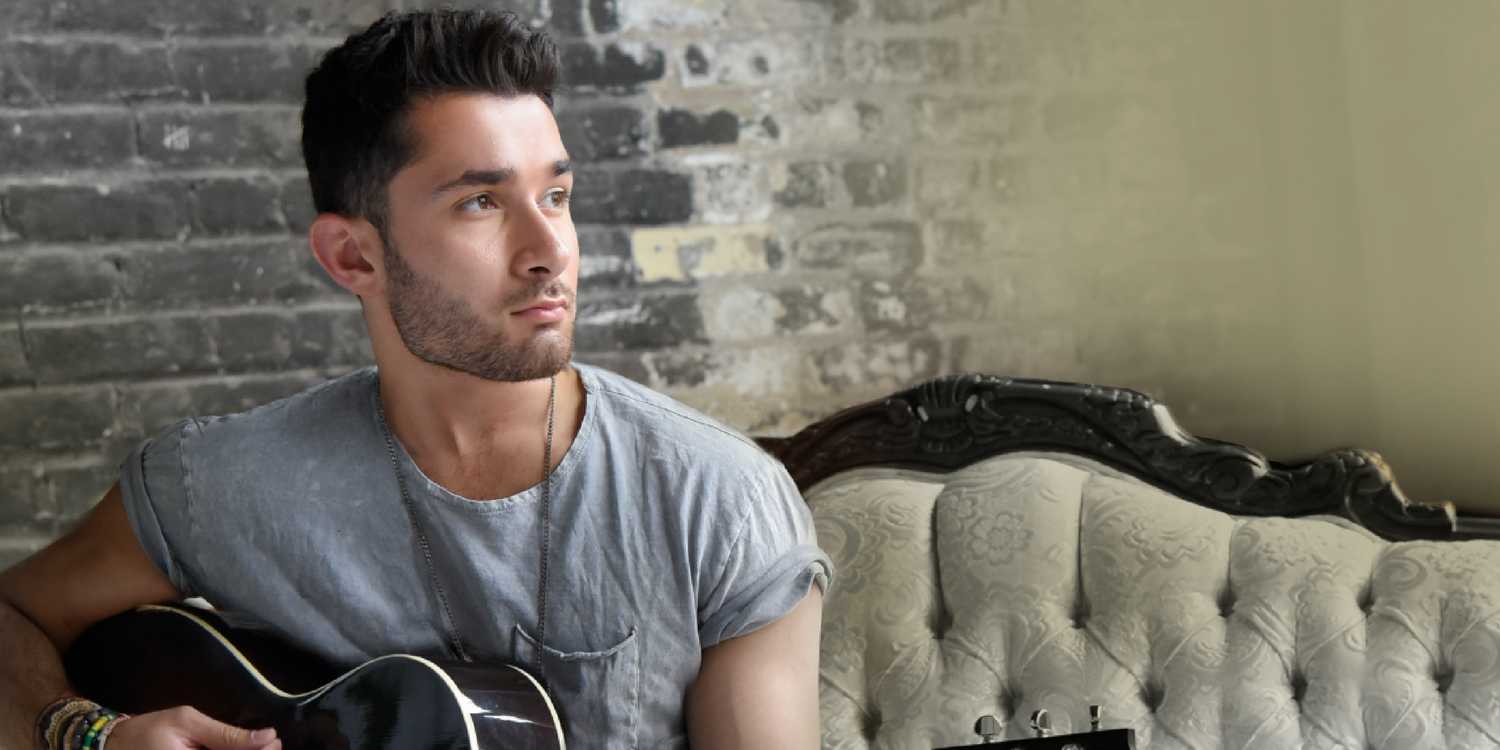 Just within the first few seconds of Aleem’s new EP Open Letters, it just feels like love. Can I explain that? It’s so positive and upbeat. Bright, sparkling songs start to finish.

Aleem is a Chicago-bred singer/songwriter with a natural gift for melody. He says, “I started playing drums when I was really young- about five years old. In high school, I loved watching the band blink 182 on MTV, and when I saw their fans react to their music I knew I wanted that for me.”

Aleem devoted a great deal of his high school life to fine-tuning his songwriting and skills as a guitarist. He describes the moment it hit him that he wanted to do this for the rest of his life. He said, “It was my freshman year of high school and the crowd went crazy when I played an original song at a talent show – it was then that I realized that I’d love to make this a career.”

In college he started recording demos in his basement. He sent those demos to Craig Bauer (Grammy award-winning producer known for his work with Kanye). Aleem was 19 at the time and Bauer took him under his wing and his mentorship has paid off. Aleem’s new EP Open Letters is inspired by the classics: love, friendship, and heartbreak.

“For this album I really wanted to let my guard down and let people into my life, and tell stories that everyone can relate to,” says Aleem. “That’s where the title comes from—each song is a letter intended for a specific person, but it’s up to the listeners as far as how they make the songs their own.

His debut single “Find Out” is a shimmering pop statement. Taking the classic cheating anthem and making it fun. It was inspired by true events, but instead of focusing on the heartbreak, he wanted it to have a playful vibe. The cinematic and build of the chorus makes the song an emotional but upbeat song.

Aleem says “It’s about battling your inner demons and questioning whether you’re in the right place to give love, but also recognizing that you really do need love.”

When I first heard this song, the slow beginning and those vocals, and then when that chorus hits, amazing. I would just instantly tell how powerful this song was, as I shared it with my friends they were all texting me asking who it was. Aleem has that spark. You can just tell in his vocals and the dynamite production, even in the acoustic version where you can really hear his vocals, it’s that little vibrato he puts on the end of each line that just feels like a warm sweater. The EP starts off with “Inside Out,” another song that shows off that intense build that Aleem’s so good at. “I keep hearing whispers in the dark telling me to break your pretty heart,” he can sing anything he wants and I think it sounds so positive. I’m over here agreeing with him, like I want him to break my heart. He slows things down with “We’ll Get This Right” an earnest, soulful departure from the previous, upbeat tracks.

Aleem’s biggest challenge has been how competitive the world of music is right now, but those sparkling songs definitely stand out and that twit he’s able to put on his songs. He says, “I’m always trying to be the best can be and continue to grow.”

He’s already making a huge impact by opening for Fifth Harmony on their European tour. Obviously, the girl-group has a massive following. He says, “It was incredible! They are amazingly talented and they’re the coolest human beings on the planet. Their fans are extremely passionate and welcomed me with open arms.”

Of course, connection to his fans is crucial. He’s so caring on social and he has this sweet nature about him. He cares about his audience, whether it’s on Twitter or in his live-shows. His advice to his fans who want to take up songwriting: Always stay true to yourself. What I found important about connecting with an audience is being honest and transparent with my feelings. You never know when your shots going to come so be honest with your fans.

Aleem is going to be making new music and he hopes to be touring in the U.S. in early 2017. Watch his amazing acoustic performance of “Find Out”. And Open Letters is out NOW, so stream it, buy it, listen to it. You’ll love it.