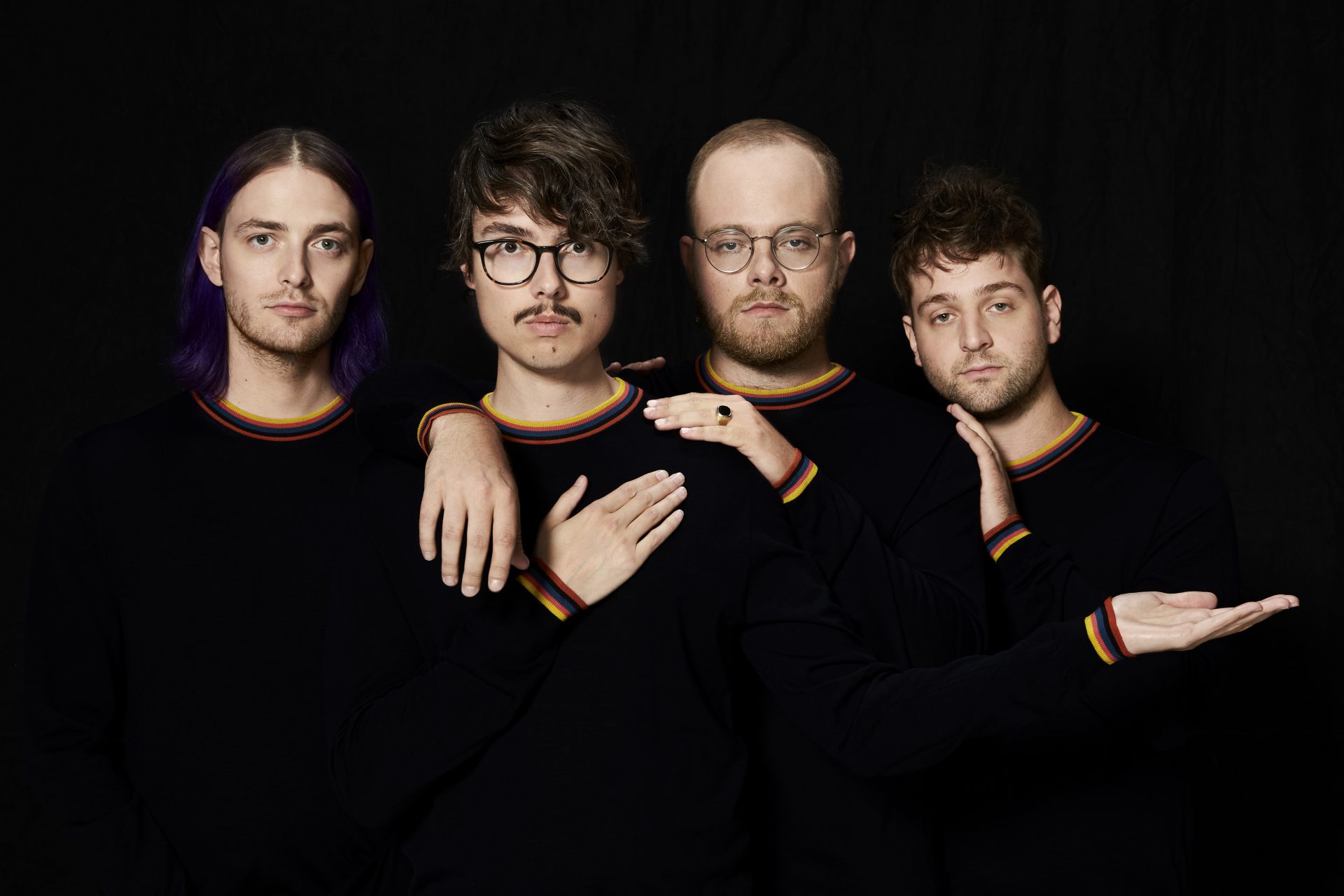 Joywave is always pushing the envelope when it comes to creativity in music and their latest, Content, is no exception. I talked to Paul Brenner, drums, about their new album, and Kanye West.

Dan and Paul started playing music together in the early 2000s. They started out covering Blink 182 songs in a basement. When the band started to form they were playing pop punk music, but still wasn’t Joywave.

He says, “Not that we didn’t love and were proud of the music we wrote before, but it wasn’t exactly what we loved. So, Joywave formed around then and it’s been the same ever since. Ben joined a little later on, but other than that, that’s pretty much how it started. We’ve just been playing music together forever. We’ve all know each other since high school, and even before high school.”

Joywave is so diverse, I can’t even put them in a genre, Paul says, “We like to bend a little and experiment with whatever we think could be music basically.”

That sound comes from their diverse backgrounds and interest in all types of music, but they all are really big fans of…Kanye West.

As for Content, the name has a double play and it’s interesting to see how people read into it. It’s one of those great words that could either mean, if you’re like me, it’s content, it’s what the internet and society is constantly throwing at you, or it’s content – a state of happiness. The latter is the answer to their previous album. How you feel now…content.

Paul says, “It’s definitely done on purpose like that, the meaning … I guess it’s was kinda fun … we thought it would be kind of fun if somebody had never verbally heard anyone speak the name of the album they’d only just read it on the internet. I really would have no idea, but it is very much content because it’s kind of a very much direct answer to the question of our first album, which is called How You Feel Now.”

After touring for years the band came home and didn’t know what to do with themselves, but just knew that it was time to make a new album. They rented a barn outside of Rochester and turned it into a recording studio for about four months.

He says, “We just lived out there and made the record and it was like a dream come true. And I think personally you can definitely hear the heart that was put into it. It’s very real, it’s very organic … when we did How Do You Feel Now a lot of it was just the whole band a laptop and we had good samples and we didn’t have the backing and the instruments and the studio. It was very much our baby in a sense, we put our all into it.”

While most musicians thrive in a spotlight or in a crowd, Joywave seeks seclusion. Part of the reason they went to a barn to record was they didn’t want the sounds and pressure that comes with recording in a big city. They didn’t want to hear another band in the studio next to them and have it influence them in a weird way.

Paul explains, “We like to be on a creative island at all times. Especially when creating, because we don’t want to be enclosed by anything, we don’t want to be like, I’ve been listening to this a lot or the band in the practice space next to us sounds like this. It’s just very much what’s in Dan’s head and what comes out of our bodies.”

The vocal modulations that define the band’s sound, the use of samples, and that kind of dark moody feeling that seems to intertwine through their work is all present. Distorted sounds and moody keyboards tunnel into an entirely different world but don’t think that this is a dark album, it’s about finding that inner happiness, even if it’s in an existential way.

Paul adds that the meaning of Content is that they all are, they’ve accomplished what they set out to do and the hard work has paid off.

“But … content. That’s how we all kind of feel right now and … so I guess advice for young musicians is, tenacity. And if you’re serious just don’t ever give up. We’ve all worked dead end jobs and made it work up to our twenties and it’s rough. But if you work hard it can pay off. And I guess that’s my only advice is that you believe in yourself and believe in the music you’re creating don’t ever stop. Don’t ever stop creating.”