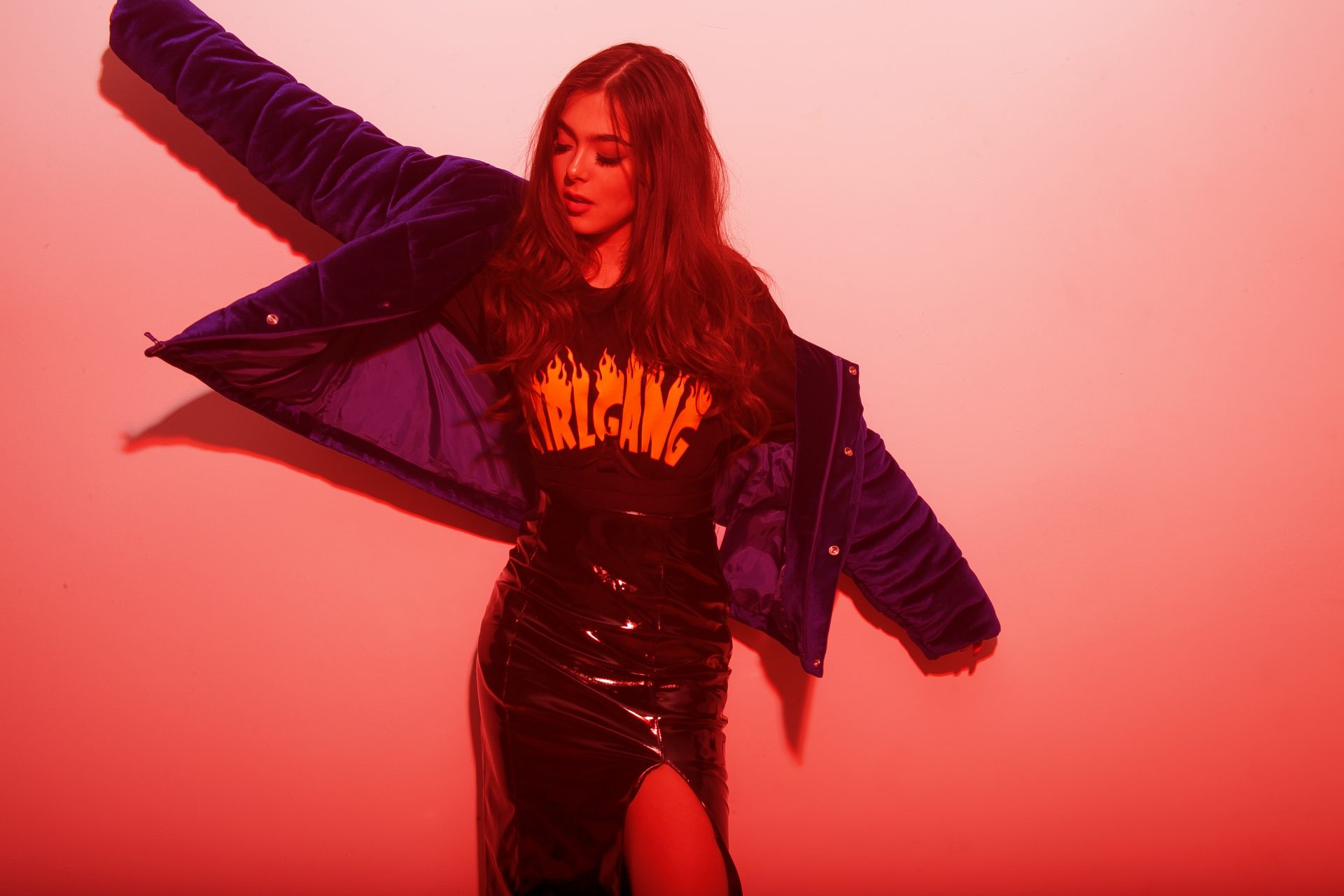 Sammi Sanchez has the perfect combination of self confidence and vulnerability. She reassures me that this attitude hasn’t always been there, though. “I went through a lot growing up with finding myself. Over the last two years, I really dialed into who I was and was okay with it.”

“I love every part of myself. There’s a time in your life when something switches and you love yourself,” says Sanchez.

Sammi tells me her journey of self-love and explains it’s the most important thing anyone can do. “Once you really learn to love yourself and your insecurities and imperfections, it makes you that much stronger and better.”

The way Sammi carries herself and performs is very natural, and she tells me this was always the path for her. “Ever since I was little, I’ve been singing. I was drawn to do doing anything creatively.”

Her single, “Deeper,” is sultry, poppy, and everything you’d want in a summer jam. Sammi says she wrote this song about an ex who actually helped her get into her feels. She tells me this song wasn’t necessarily about missing a person or being sad, but rather accepting that he allowed her to feel deeper and get in touch with her emotions. “I just had sort of this feeling every time I saw him,” says Sammi. Pretty relatable, in my opinion.

In several of her songs, Sammi occasionally changes from English to Spanish and even for her this was as effortless as the way she performs. “When I talk to my friends I always interchange and throw in Spanish words here and there. So for me, singing, this seemed natural. It’s a part of who I am.”

Having grown up in San Diego and moving to New York City and finally back to Los Angeles, she’s been forced to grow up rather quickly. She says New York was the place that inspired her the most. “There’s just so much to do and it’s always crazy busy. From running around the city at night to going on the subway, it’s visually intriguing.”

We both gawked about Demi Lovato, an artist and individual. On multiple occasions, Sammi has even been compared to the pop diva herself. She tells me she admires Demi’s confidence and she’s someone she looks up to constantly.

She finishes up our interview with so much reassurance and wisdom and I’m still in awe of her.

“Just keep doing what makes you happy because that’s key. I’ve always been taught to keep making music and not listen to what anyone else says.”