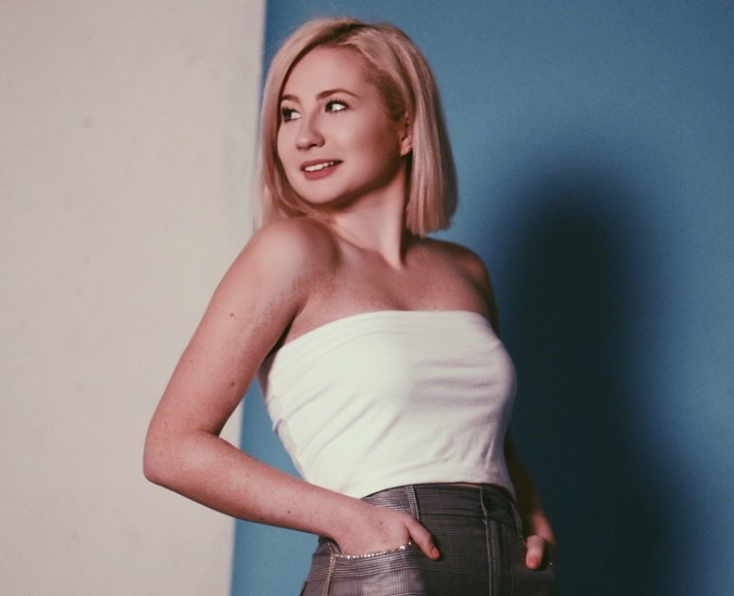 Kat Saul’s voice is moody and sultry all in one. Her latest, “Middle Name” is about reaching a new level with a significant other in an emotional sense. It’s catchy and just in time for your Valentine’s Day soundtrack. Seriously, it was so refreshing to speak with Kat and talk about this single.

Kat, the Nashville pop scene is a bit different than LA or NYC. Why did you choose Nashville and how do you think being in that particular community has helped your music?

Kat Saul: I’m actually from Nashville originally and am still there working on my college degree! Growing up around great songwriting definitely contributed to my love of great music and expedited my learning of the craft from an early age. As a pop artist, I definitely feel that I pull influence from the storytelling lyricism that is rife throughout Nashville.

Tell me about the inspiration behind Middle Name.

Kat Saul: Middle Name is straight up about one of the nights I was chilling on the couch with my boyfriend when we first started dating. There’s nothing quite like that feeling of getting to know someone in that next level kind of way. There’s magic in beginnings and in those classic all night talks. It’s the little things.

What's your dream collaboration, if any?

Kat Saul: Oh golly, there are so many people I want to work with, but I’ll keep it short. If I had the opportunity to work with Gwen Stefani, Sia or Jack Antonoff I would absolutely die. Just asphyxiate and pass out right there in the studio.

Kat Saul: I don’t want to give away tooooo much, but I will say you can keep a look out for a lot more music and even some other things that involve songs and, you know… cameras!?