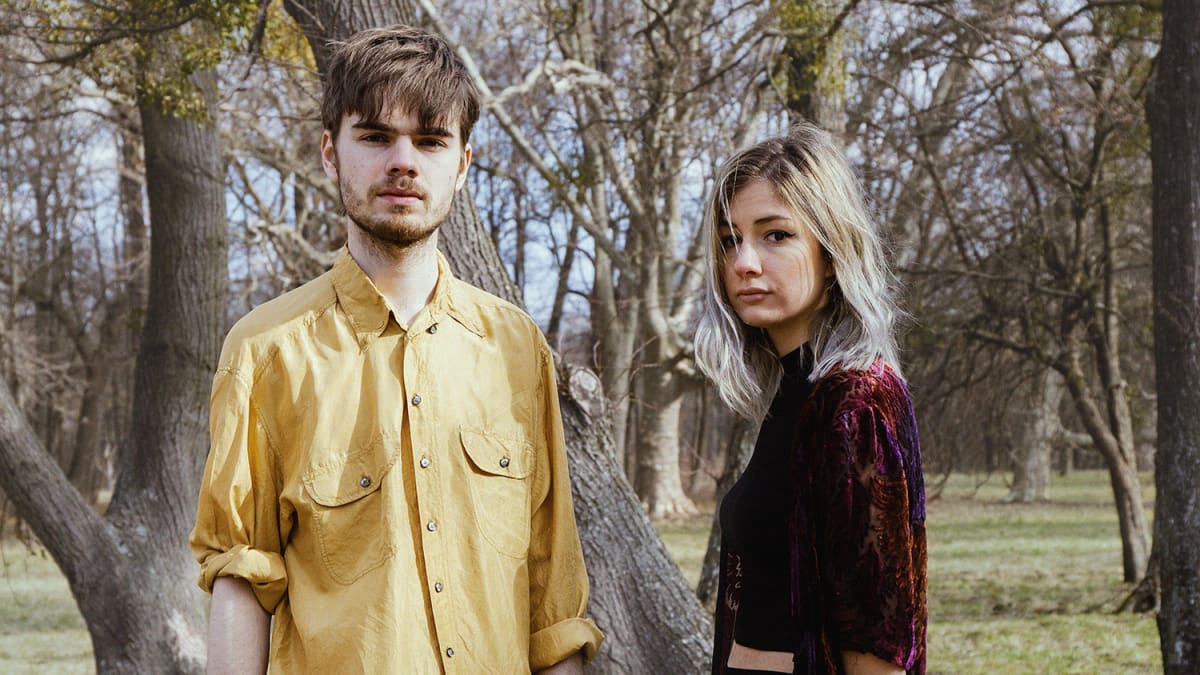 Leyya, an Austrian band you need to know, released their second album Sauna only a few months ago. Though their second addition, they’ve really found and defined their sound yet keep it playful enough to remain lighthearted. I talked to them about their process, their music videos, and tour.

To start it off, they tell me about how they met in “the same little town in Upper-Austria where it is quite hard to find someone with the same musical interests.” As luck would have it, they became friends because of their common interests through music and soon began to collaborate.

The duo says, “At one point [when] we finally found our sound, we decided to convert into a project.”

They decided on the name “Leyya” originally it was her own project but they said, "If you still don't hate the name after a few weeks you should keep it.”

As far as their sound, the duo believes “It all comes natural but we are very strict in what we put out and what we don't use.”

They want to keep their sound open enough to allow for new listeners to find their place in the music.

They’re okay with causally listening, but say, “There's a lot more to every song we write and with every time you hear it there is more and more to discover.”

Leyya wants to have fun, offer depth to their fans, and works very hard to make sure their music comes with a message. The duo says, “We postponed the album release for almost a year and worked on it more than two years…” in order to create the sound and message ratio they knew they could deliver.

Every artist and group has their own way of finding and creating music. Leyya had one experience where they couldn’t put one song together perfectly and ended up finding their way not another.

They explain, “One song that actually fell together perfectly was “In Your Head." It was on a day where we tried to finish a song (we didn't use in the end) and were very exhausted because we couldn't get it right. So we just played a note on the guitar just for fun and meditation and did a little humming to it. We liked that so much that we recorded it and finished the rest of it that day as well.”

But, they have had their troubles, as we all do when trying to perfect something. They tell me about their song “Zoo” and how that one especially took so long because they were worried about the sound.

“We struggled quite a long time with the sound … because it was so different to what we did before… we felt the pressure to somehow stay in that kind of music or at least in that area.”

However, after giving it some thought and getting to the root of the matter they realized: "That it is what comes out of us and in the end we still make music for ourselves.”

In retrospect, Leyya has been together for quite a while and at this point, it is safe to say that they’re on the same wavelength when it comes to creating music and getting into focus.

“The good thing about knowing each other for so long is, that we can be completely honest to each other and that we don't have to hide opinions an ideas.”

They also work hard at being open and dynamic as far as creating music for themselves that allows them to explore.

“We took inspirations from every kind of genre and countries and didn't limit our output in any way… in the end you end up with music you never thought you're going to make.”

Leyya also released a few music videos to accompany the album, some even before it’s release date. “There are videos for “Zoo”, “Oh Wow” and “Drumsolo” as well. But we also shot a few live videos.”

Their favorite to make was the “Zoo” video because of the style the director used to capture the video and it was a fun environment to shoot in.

“It looked really funny when we saw for the first time but in the video you don't even recognize it in the beginning.”

Lastly, they tell me that some advice they have for newcomers: “Focus and stick to the music you believe in.”

Their biggest belief is for artists to believe in themselves, no matter what others may think.

They said, “It‘s important to believe in what you‘re doing and to withstand the pressure others give you and you maybe even give yourself.”

To check out their new album Sauna, you can visit them on Spotify and watch their favorite video “Zoo” below.