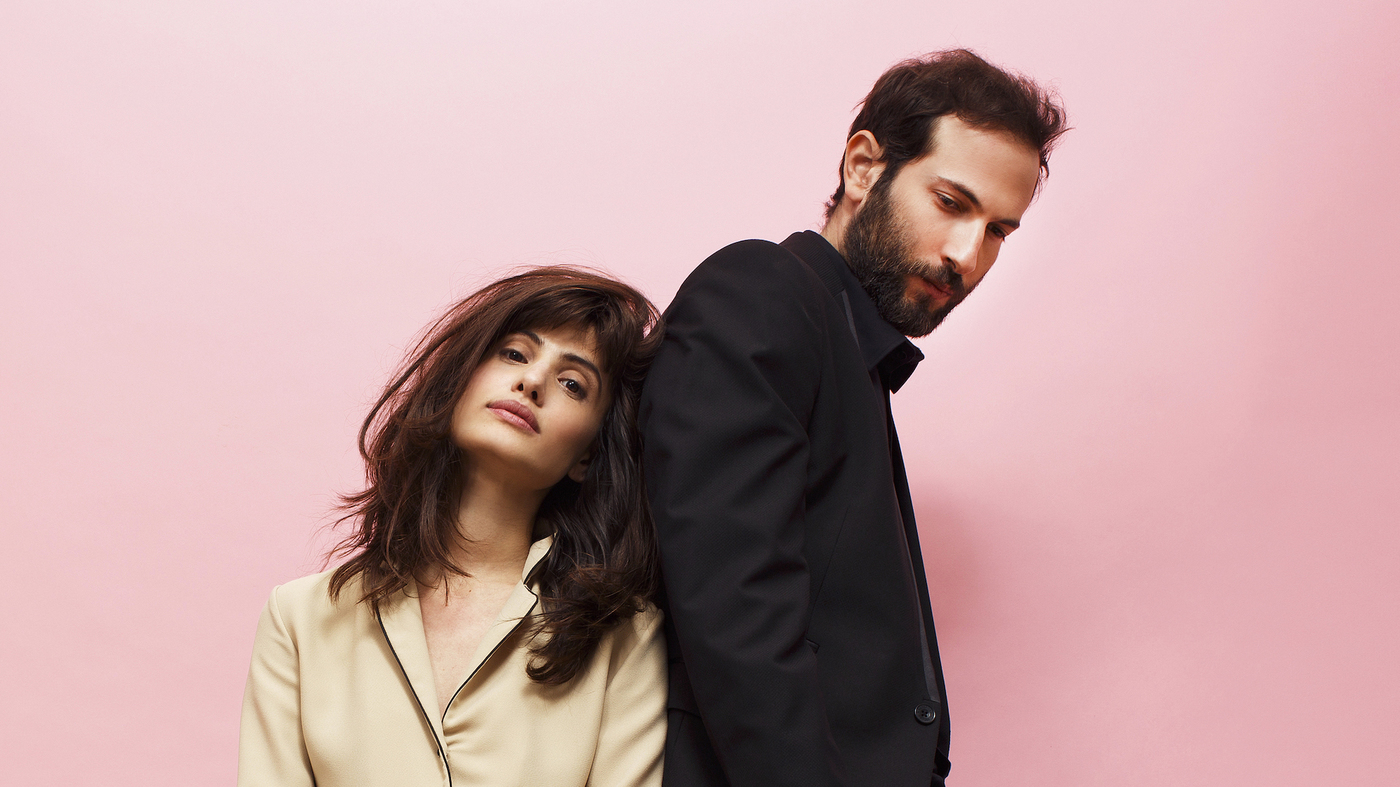 There’s a good chance you’ve heard Lola Marsh’s song “Wishing Girl” it starts with whistling and a ukulele. It’s whimsical and catchy and will be stuck in your head for days. Lola Marsh consists of Yael Shoshana Cohen andGil Landau and the duo is just as enchanting as their music. They came to Austin all the way from Israel for SXSW and we started with an intricate discussion on Texas culture. They talked about when “y’all” was appropriate to use, visiting local bar The White Horse, and Yael’s opossum sighting.

“I thought it was a big rat!” she exclaimed. “Well you know they play dead so don’t trust a dead opossum,” I told her. Yael started performing for her parents when she was very young, then she went to music school. “I moved to the big city and met all kinds of musicians...” she says. “And I was the best one,” Gil replied. Gil was playing the piano at six and the guitar at 11, he had a couple of bands before he met Yael and they both felt like it was serious.

Yael says, “We started playing on the street, next to this Greek restaurant and it was so noisy and we were trying to beat them. We did it all by ourselves.” Now they’re signed to a label and touring the country. They also recorded a live version of their song “She’s A Rainbow” at the iconic Capital Studios.

Yael says, “I saw all the pictures on the wall of these legends and it was really exciting, the crowd the people who came really paid attention and it was a really special set.”

Their songs are so charming. Yael says they’re constantly inspired by their surroundings. She says, “Everything is inspiring, we’re on your meeting amazing people and movies and places and books we read.” Gil adds, “New music, old music, we inspire each other. I listen to a new album and tell her to listen to it. We try to write together. I wrote this nice melody, I wrote some nice lyrics.”

It can be a challenge to write with a partner but Lola Marsh makes it work. Gil says, “Something about writing together, it has pros and cons. You’re working with another human being. It’s frustrating sometimes but you learn a lot. Sometimes I’ll write a melody and I won’t think it’s good but Yael will tell me ‘no keep going’ and it changes and gets bigger.”

Halfway during out chat a woman comes up to us and says, “sorry to interrupt” and begins to talk to the band in Hebrew, she was a big fan and excited to see them at SXSW. That’s the beauty of streaming services, you can take a small band from Israel and all of a sudden they have hundreds of thousands of plays on their music. They have fans internationally and they’ll be making the festival circuit this summer.

Yael says, “When we just started, you write and you don’t know what to expect and we performed around town and suddenly shows are sold out and suddenly you have a label and then you’re touring. It just happened. It’s the music and we have luck. It’s a dream come true. I love seeing the world.”

While most bands loathe touring and say it’s hard on them. Gil and Yael are excited by the opportunities and experiencing every place they stop at. Gils says, “It’s hard but the other night I was in the White Horse and we saw this country band and I felt so lucky, I wouldn’t have been there without this band.”

It's clear that they're on the write path, and they've learned to work with each other even though it can be challenging sometimes.

Yael says, "Our biggest challenge is our relationship and working together and not giving up on each other, sometimes we fight and argue and to work on it every day and we learn from it."