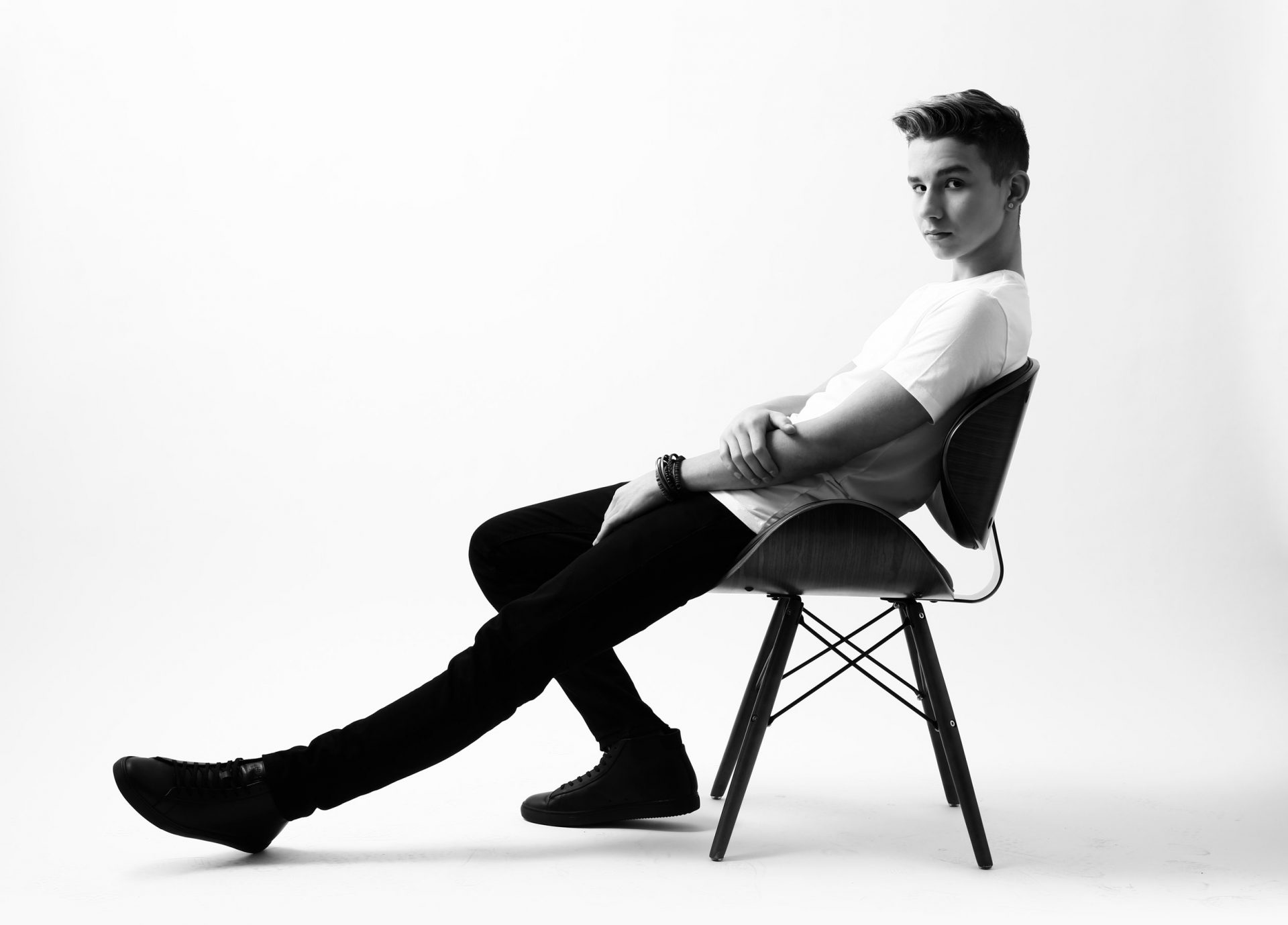 As soon as I heard “Julia” I was hooked on Finn Matthews. The song is so catchy and the video is colorful and lively.

Finn started playing piano when he was 8 and started singing shortly after. Then, in a moment of fate he met Elijah Blake, songwriter and R&B singer that’s worked with Usher, Rihanna, and Rick Ross to name a few.

Finn says, “I met him in a studio and I was just there tagging a long and hanging out, he was working with another artist, and I was singing along in the corner and he took note of it and talked to my dad. We just kept in touch and he’s kind of like a brother to me, I can go to him with anything. He’s become my mentor, he gave me a lot of music to listen to and study and he helped me shape my vocals.”

One thing that Elijah did was give Finn songs to listen to that were very strange for a 9-yr-old to listen to. He listened to a lot of gospel and R&B, artists like Kim Burell and Zacarti Cortez. These artists helped shape the way Finn would look at music and develop his voice and style. However, the one artist that remains his idol is Michael Jackson.

Finn adds, “Not only his music but his brand in general, his performances and everything that he does is so cohesive and carefully calculated.”

He says he knows everyone says this, but his favorite songs are Billie Jean and Smooth Criminal, because they’re just classics. He loves how their videos made you want to dance and he took that to his song “Julia” when he was making the video,

“I wanted the video to be really fun and lighthearted and want to dance to it. Like a lot of Michael Jackson’s’ videos they make you want to get up and dance alone. It was directed by Shawn Alexander and it was choreographed by Chris Grant,” he laughs,“I was almost starstruck, he choreographed Beyonce’s 7/11 and it was mind numbing to work with him.”

As for the subject matter, Finn tells me it’s about the very relatable experience of a crush not working out.

He says, “They may have not known that you liked them or they thought they were too good for you but either way it really hurts. A lot of people just try to cover up their sadness with anger but when you want to get over something you want o be honest with yourself and the world.”

For being so young, Finn has maturity beyond his years, he seems so knowledgeable about the music industry. I guess when you start your career at 9 you get to know the industry pretty quickly, but Finn says that comes from having a good mentor and staying true to his voice and how he feels.

He says, “You can definitely get distracted. I like to embrace criticism and suggestions but at the end of the day I like to do what I feel. If I can’t relate to a song personally I’m going to have a hard time singing it.”

He adds that his best advice to young musicians is to not give up. He says, “Just keep going and keep pushing and stay doing what you want. If you put a lot of effort into something people will notice. That’s the reason I am where I am.”