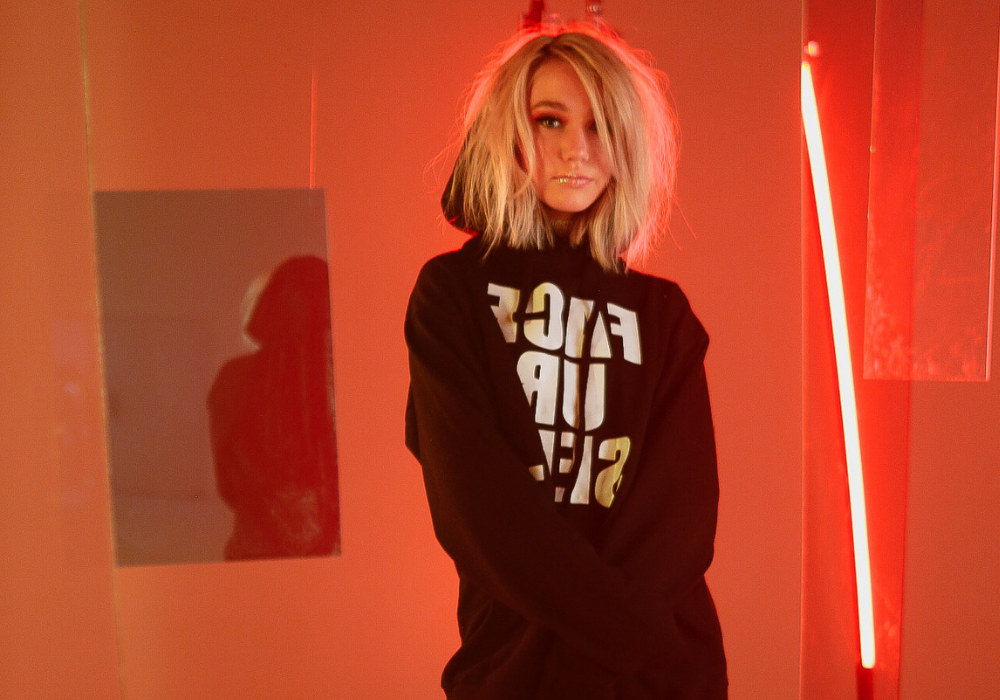 Performing and recording since she was nine, and becoming a Musical.ly Crowned Muser, Mariel Darling is no stranger to the music industry. With her new single, “No Mirrors”, Mariel aims to show her audience that true confidence is about being comfortable in your own skin.

Mariel became “completely hooked” from the first moment she began to record as a young girl, and says, “I knew I was somehow going to be a part of this industry.” She spent much of her childhood traveling and performing in charity shows for children everywhere. Then, as a Crowned Muser on Musical.ly, Mariel’s career began to truly skyrocket.

She quickly racked up more than 200 thousand followers on the platform and became a large influencer for many young girls, she says, “Learning how to broadcast on Live.ly taught me to think on my feet and interact with my fans through the platform. I have also made so many good friendships with my friends and other Crowned Musers!” Inspired by her own role model, Taylor Swift, who she says, “Always handles the drama of the media with grace and always creates amazing music from the ups and downs in her life”, Mariel is quickly becoming a huge role model herself.

Now with the release of her new single “No Mirrors”, Mariel is continuing to offer up encouragement and love for her fans. A song about being “confident on the inside”, “No Mirrors” seeks to motivate girls to be themselves and reminds them that beauty isn’t just on the outside.

Mariel says, “People, especially young girls, are always looking for external validation. I wanted to write a song to encourage everyone to stop trying to look a certain way or act a certain way to fit in.” With Mariel’s, clear, powerhouse voice and a chorus you can’t help singing along to, “No Mirrors” shows off the sound that Mariel calls “cool pop with an indie twist.” She supports “wearing [your] crown on the inside” and letting go of all the little things you let get to you. Out of all her previous singles, Mariel says that “No Mirrors” is “particularly special” to her, as she was “involved in every detail in the process of creating [the] magic.”

With her music, Mariel says, “as young women we go through so many transformations - mind, body, and soul. We need to stop trying to live up to all of the perfection.” The music video for “No Mirrors” helps to illustrate that idea.

She explains, “I start off with a pop star look, trying to be something that I think people expect to see as a female pop star performer, and go through another phase as I look in the mirror. Done with the glam, I find myself in a kind of darker place and then transition into a simple look, nude colors, to show the raw internal me.”

With the popularity of social media and of ideas of perfection, she explains, “It just makes you second guess who you are and try to ‘be like them’ to fit in”, a concept she strives and accomplishes to disprove with “No Mirrors”.

Mariel also has some words of advice for, “anyone with a passion” saying, “Don’t ever give up on your dreams. At the end of the day if you do what you feel is right for you, it makes it mean even more when the end process pays off! This is the best life lesson I can give!”

Of her past work in the music industry, Mariel says, “Everything has been a learning curve and I use my past experiences as stepping stones to my next big release.” A new release that is set to come out soon as she notes, “New music is always in the works.”