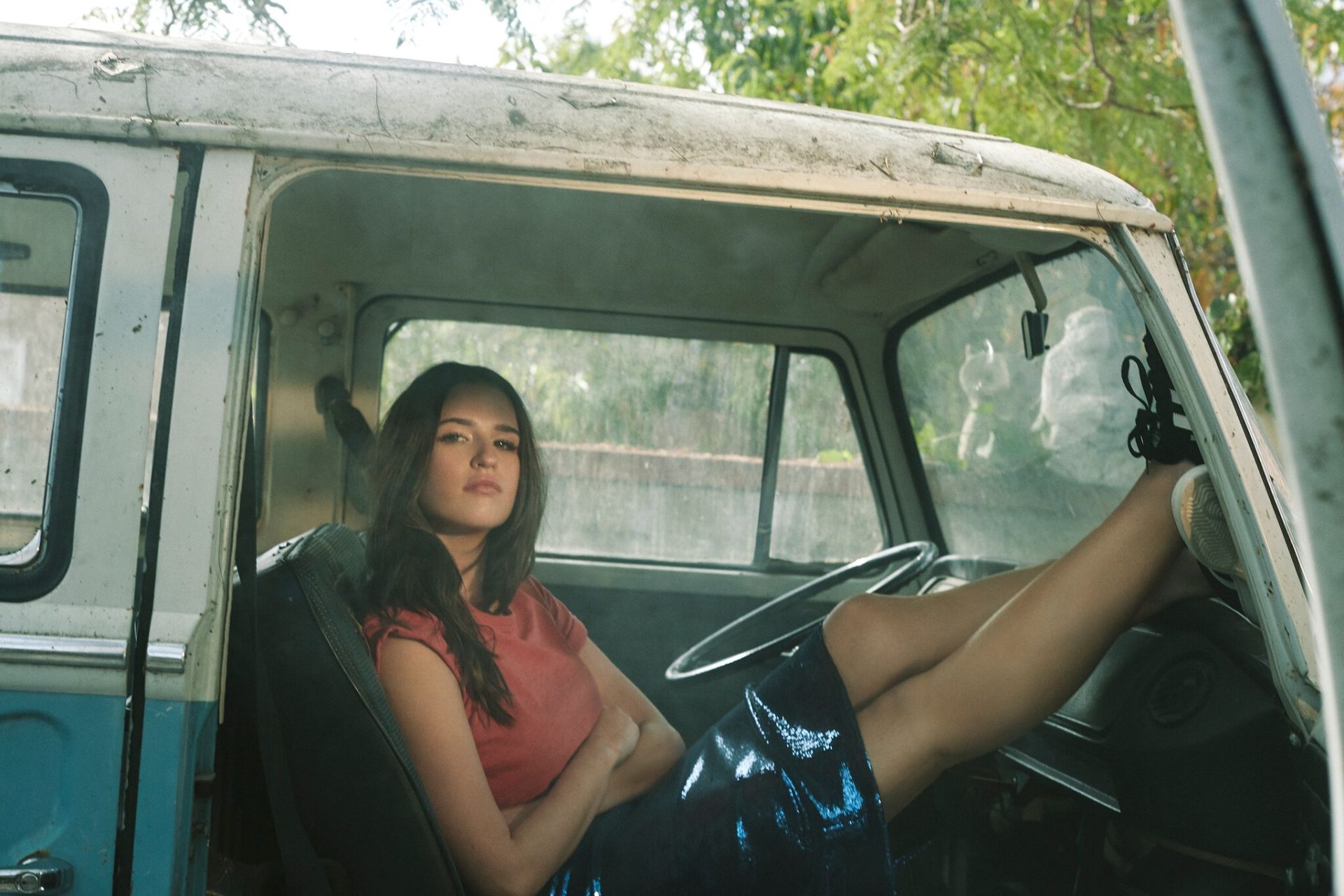 Rozzi is dynamic. She’s extremely ambitious, her voice is insanely powerful and she’s already worked with the biggest names in the business, but she started just like most kids, in one of those parent and child music classes.  “I still have flashes of sitting in a circle singing and playing different instruments,” she says, “At that time I was obsessed with the harp and the flute - two instruments I can’t play even a little bit now.” She never wanted the class to end and after singing in her first grade talent show, she knew what she wanted to do for the rest of her life.

It wasn’t all perfect from there. She was signed to Adam Levine’s record label, she was the first artist he signed and she got dropped. It was heartbreaking. She says, “I think a lot of people thought I was living a fairytale while I was signed to Adam- and I was in a lot of ways. I was touring the country opening for one of the biggest bands in the world playing at venues like Madison Square Garden - I mean it was insane.” Rozzi was still pretty young as an artist and she wasn’t really fully herself, being dropped from a major label like that can make you give up your music career, but she considers it a blessing. She says, “It forced me to get in touch with the artist within me. It forced me to take the ambition blinders off and live my life in a way I never had before. That was a huge challenge but I am so grateful for it because I couldn’t have written my new album without it.”

Now she’s more self-aware and knows the kind of artist she wants to be. She says, “I felt a lot of things I had never felt before while I was writing this album, things like being in love and feeling heartbreak, and I know myself so much better because of it. Lyrically the new songs reflect that - I’ve never been so honest or so personal before.”

She also brought back the influences that inspired her in the first place, she put a lot of soul into her new work. She was highly influenced by Amy Winehouse and Aretha Franklin. She muses, “There is a lot of live instrumentation and most of the vocals are live, single takes - we wanted it to feel organic and authentic.”

Her personal life has been leading her songwriting, like most songwriters, her songwriting comes working out her feelings. She says “When I feel something, I can’t help but write about it - I need to get it out of my head! So that usually means songs about love, heartbreak, friendship, and the state of the world.”

A perfect example of that is her song “Never Over You,” in the most relatable sense, it’s about an ex. One morning she was working at her go-to coffee shop and was thinking about the relationship and everything about it that wasn’t going right with it. She explains, “I wrote things like “I over-think” and “you over-drink” - I was just writing down all the bullshit that I was ‘over’ but what I kept coming back to was, I wasn’t over him. I used those words to start the song.”

Making those songs so personal does have some setbacks. She gets a little nervous to put her feelings out there. I can’t imagine being so vulnerable. When she performs on radio stations she definitely feels exposed. She says, “They are sooo personal and I am not used to being that open with people I don’t know well - so it’s been an adjustment. But at the same time I am really proud of how personal they are. I used to think that being vulnerable and emotional was a weakness but I’ve learned recently that it’s actually incredibly brave to be open...I feel brave sharing these songs.”

That bravery is really inspiring, it’s really important to feel like your true self when you’re writing and you can just feel how honest she’s being in her songs. Her best advice comes back to that. She says, “I would tell young women to take their time getting to know themselves - to give themselves the freedom to change and evolve as much as they want. I thought I knew who I was two years ago and then my life changed in ways I couldn’t predict and everything changed. It’s ok to become someone different than you expected, it’s ok to not know who you are or what you want yet, it’s ok to feel uncomfortable in the transition. Just stay open to new experiences - new experiences changed me in the most wonderful ways.”