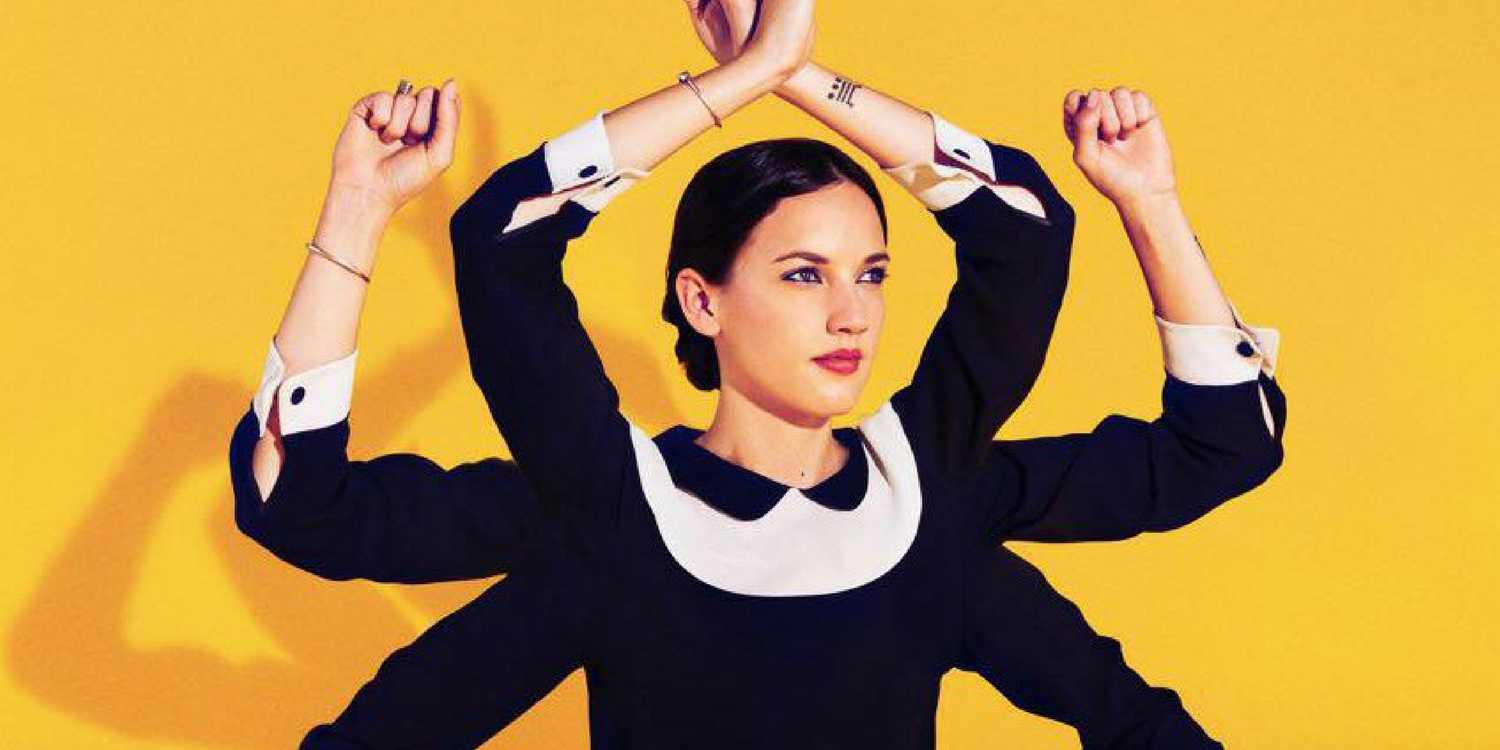 JAIN is literally devouring the internet as we speak. Her videos for “Come” and “Makeba” are so visually stunning, her music is insanely catchy and diverse, and to top it off her live performance was one of my favorite shows I saw at SXSW hands down. I’ve been listening to “Zanaka” on loop since.

This is JAIN’s debut album Zanaka, meaning childhood in Malagasy. At only twenty-four she performed “Come” at the French Grammys, Les Victoires de la Musique, to huge accolades with the song reaching No. 1 the following day, the album was certified platinum in France shortly after. Almost all of her shows touring the U.S. have sold out, did I mention this is only her first album???

From the first moment you hear her single “Come” you’re absolutely entranced. Her sweet voice lilting over mesmerizing lyrics of feeling alone in a new place and missing her friends.

“My love, I just feel so lost without you boy/ I am yours even if time has passed / take me away from this impetuous world / leaving this jail of my mind.”

JAIN’s music is born from her upbringing moving to different countries. She muses, “I think it has influenced everything because I don’t know if I had found music if i hadn’t traveled a lot.” She grew up listening to the Manu Chao, Youssou N’Dour and Miriam Makeba records her French father and half-Madagascan mother played for her. She moved to Dubai when she was nine, then to the Republic of Congo when she was 14, and then to Paris where her music was made complete.

She says, “I started the drums when i was seven. I learned how to record myself. Everytime that I went to another new country I met new people who were doing music and they would influence me I would learn new styles and new music. I tried to just give back what I was given.”

“I like to be spontaneous when I make music,” says Jain. “I begin with beats or drums, because that’s what moves me and if I find a sound that reminds me of traditional music I’ll use it, whether it’s Arabic, Indian, African or European. I like to mix styles and cultures, to get lost in a big mess of music. Then I add lyrics about whatever’s in my mind at the time.”

The idea behind one of her catchiest songs “Makeba” was to modernise Miriam Makeba so people her age would search her out. She was a very influential civil rights activist and singer. The song itself is so upbeat and catchy that I have not been able to stop listening to it.

She takes great care and artistry in the way she presents herself and in the imagery of her videos and artwork, and part of that comes from her ability to see her vision in all aspects of her music.

She said when she moved to Paris she went to art school because she wanted to make album art. She says, “I thought if I was making music I couldn’t be involved in my own image so for me it was very interesting. I tried not to be in control but be a part of everything. It’s existed for along time with Madonna and David Bowie so maybe more and more artists are realizing we have to have the whole package.”

What I love about JAIN is the way she has pursued her career with such tenacity and really has a worldly perspective on her art. She sent songs to different producers, she is mostly self-taught in how she creates, picking up various styles from different parts of the world and welding them together into her own unique style. If her first album has gotten her here I can’t wait to see her next.

Listen and watch her beautiful video for “Makeba”