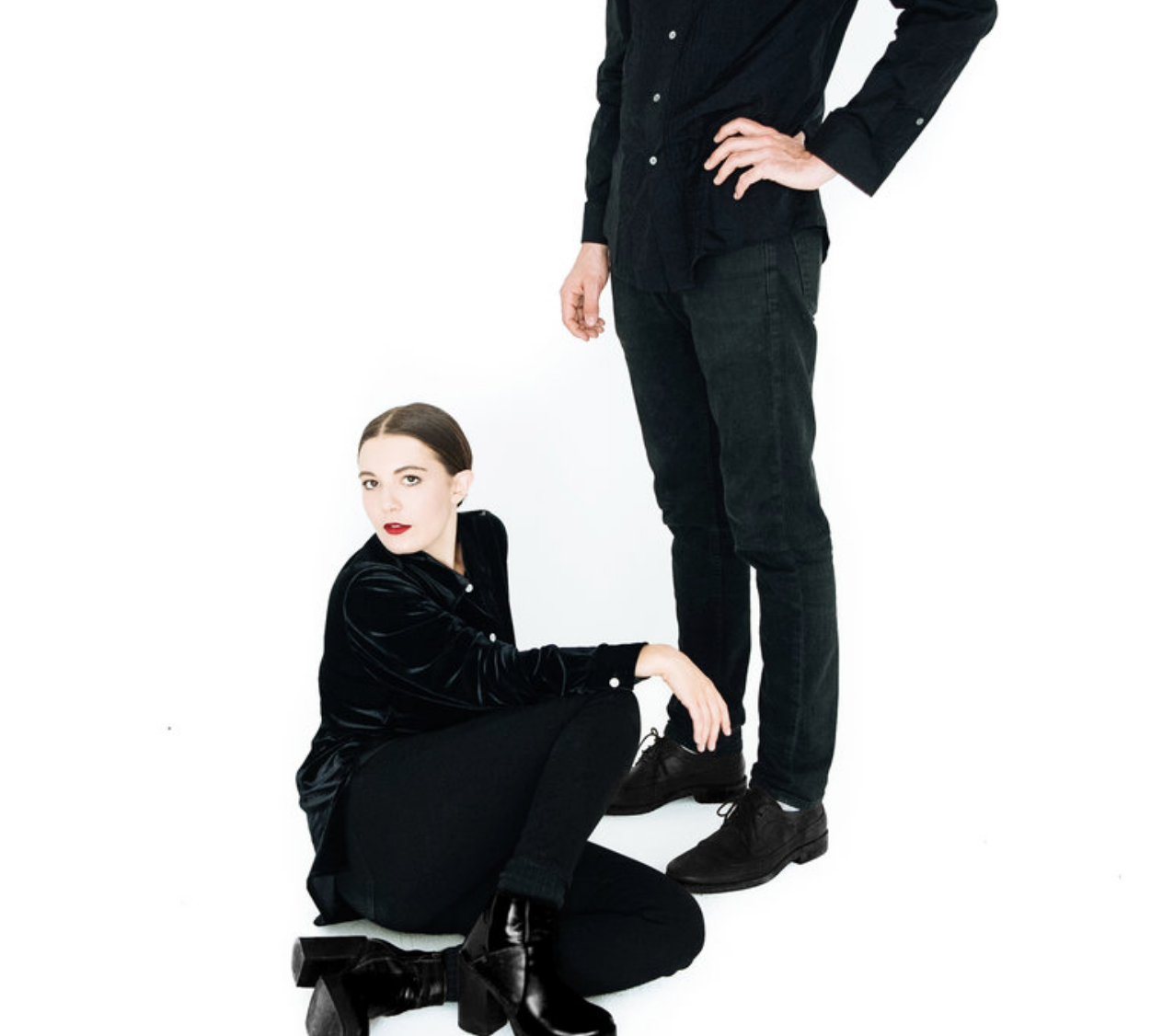 Brooklyn's self-described "dark mountain pop" duo, Misty Mtn has been busy since they released "Guess Who's Back" last October. They've built quite the following through a range of intimate to more traditional shows finding a balance between connection and performance as they test out material on live crowds. They've kept up a steady release schedule that has culminated in their debut EP "Missed Your Call."

When deciding which songs to include on the EP, Misty Mtn pulled from their live shows. Lead singer Morissa Trunzo explains, "We were eager to start writing new music and throw away the old stuff, but we thought that for our first EP we have to give people who have been coming to our shows the songs that they have been hearing since they already know all the words." They included a few old favorites, but weren't afraid to include new ones and even reworked an old song so it fits better with the rest of the songs.

"I feel strongly that even an EP should feel kind of cohesive," explained Lucas. "Missed Your Call" has a common thread of moving on, whether it be from people, places, or your own mindset. It is meant to inspire and accompany change.

"I think it is the perfect EP for someone who is going through change, whether that is going through a breakup, moving, discovering themselves. It's a great EP for growth. We tried to structure it with a beginning, middle, and end," said Morissa.

The transient nature of their debut EP is an apt reflection of the band's current state. The duo is currently prepping for a cross-continental move from New York City to Los Angeles. They've been considering the move for a while, but more as a response to adversity, "Whenever things weren't going well we would joke around and say 'maybe we should just move to LA.' Then we kept saying it and started thinking that maybe we really should. It feels like the future of Misty Mtn just makes more sense on the West Coast," said Morissa.

Though they've thrived in New York and credit the city's music scene for the plethora of opportunities to play live, they are excited to collaborate and build connections in a new place. "We never want to knock the Brooklyn music scene. It's been really good to us, and I am sure we will come back many many times. There is something that feels really exciting about the cross-pollination of genres and collaboration that is happening in the LA music scene," said Lucas.

Moving is hard, but exciting. There is something powerful about taking something that is succeeding and relocating without a guarantee that it will work in the new environment, but Morissa is optimistic; "I think there is something so exciting about starting fresh with something that already exists. It feels like we are hitting the ground running all over again."

Misty Mtng still a fairly young band, but their ability to recognize what is working and what is not has allowed them to improve and focus in on their sound quickly. They are not scared of change likely because they have a solid foundation built on respect for creativity and each other. They recently rewrote the first track "Drive" out of the ashes of an old song. With a chorus all about driving away and moving on, it is the perfect foray into the message of the EP. "It was actually Lucas's favorite song. It was one of the first demos we wrote about a year ago, and so many people kept gravitating towards it, but something wasn't working. Honestly, I think it took writing "Silver" for us to realize what we needed to change for it to work the way we wanted it to," said Morissa.

The latest single, "Silver" is also a newer addition. It's the moodiest and sexiest track on the EP. It is meant to be listened to in the dark and boasts the timely line "blame it on the moon."
"In today's day in age, if you're in a bad mood, weird things are happening, or you're feeling a certain way, nine times out of ten people are just like 'ugh! It's the moon!'" explained Morissa.

"Morissa actually wrote that line a while ago, and as we were writing 'Silver,' I remembered it and thought it would work really well. But yeah, I think we wrote it on a day where a lot of people were talking about astrology," joked Lucas.

"Guess Who's Back" and "We'll Call It Even" were the respective first and second singles for this release cycle and allowed listeners to get a taste of what the band had to offer, but I think the newest tracks showcase their ability to mature and evolve in such a short period of time.

The last track of the EP "Goodnight" is a hidden gem. It starts slow and simple as she sings, "Everybody screaming slow down /I'm just trying to have a good night/ first time in a while." It is hopeful without being false. There is a tinge of melancholy, but a power in the idea that you can push yourself to move on. It feels like it ends in the middle of a thought. It's the premonition of closure instead of the evidence of it. There is still change to come.