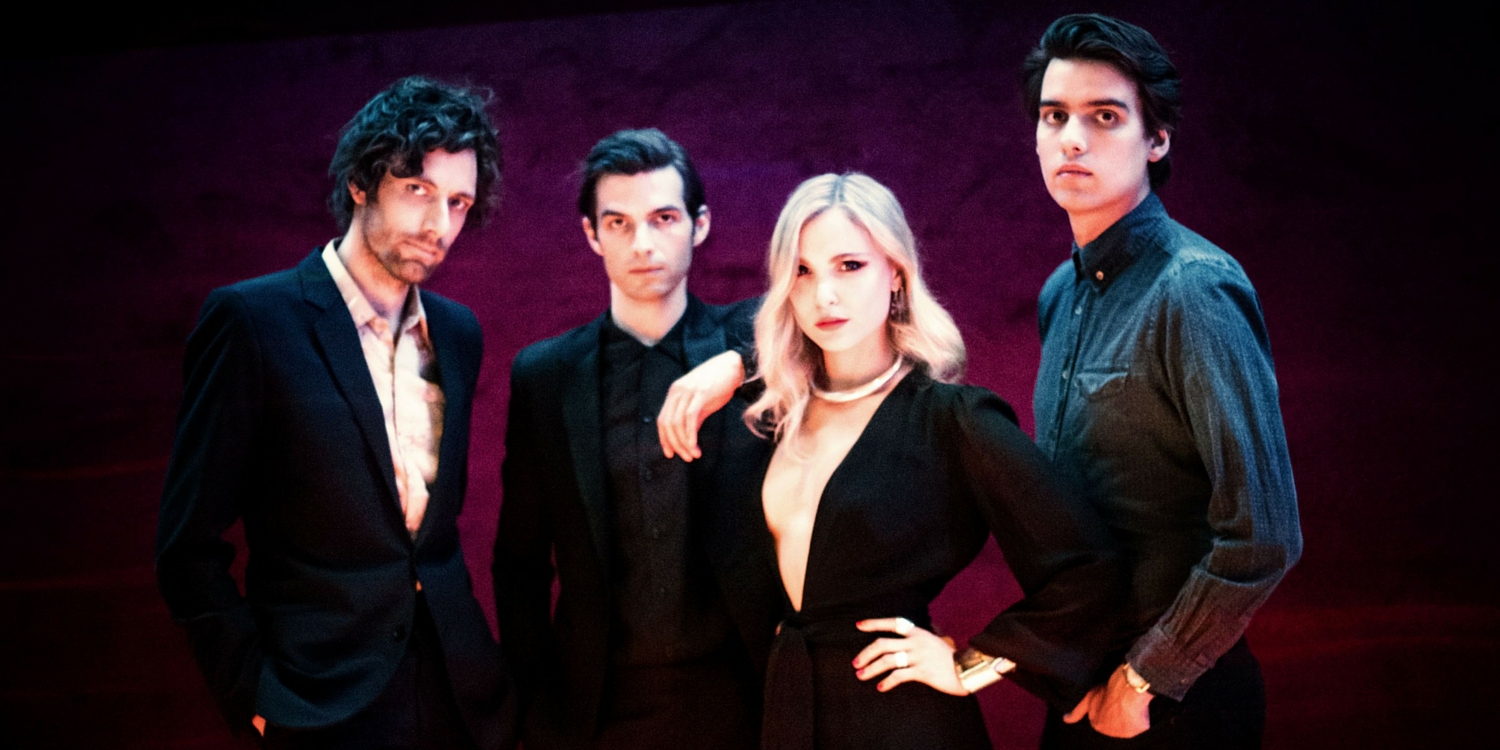 PHASES is the project of Jason Boesel, Alex Greenwald, Michael Runion, and Z Berg, but more importantly, it is the product of best friends that were brought together by the universe.

Z Berg has been doing music as long as she can remember. She says, “I was both lucky and unlucky that from the very beginning it was all I wanted to do and all I could do.” When she was in high school she would be playing shows on the weekend and touring during breaks. It became a business and it was clear that she would be in this her whole life. The group all met while in other bands but played together as a side project. They always hoped it would turn into something real and when their other projects fell apart they gave it a shot.

Z remembers how conflicted she felt. She says, “I was at a real crossroads because we’d been playing together for a long time, since it started as a side project it never felt like a real band. We didn’t know what kind of music we wanted to make.”

She considered leaving, heavily, she felt like Los Angeles was pushing her out. She wanted to move to Nashville to be a folk singer, completely change gears. Then she went through an onslaught of devastating events. “My house had been broken into, my car had been stolen, and my guitar was stolen. The universe was basically telling me to get out. I looked up at the sky and thought: Either I’m leaving or give me a reason to stay,” says Z.

She got her reason. The band was working on new songs. Songs that felt more like their style. The whole band was collaborating, a process Z swears by. She says, “Writing songs has always felt sad and arduous and here, we all write and make music together. It makes songwriting creative, joyous, and free. It’s creative in a way I’ve never felt before.”

Their music became a modern interpretation of classic dance-pop. They knew a producer at Warner Brothers Records and thought about giving it another shot. He wanted to sign them immediately after he heard the new songs. Z says, “It was just all these cosmic events that made it feel like the right thing to do. It definitely felt like I was on the right path, I was making music with my best friends.” The universe wanted her to stay.

What makes their music so magnetic is the combination of throwback influences mixed with modern technology. It doesn’t sound campy or nostalgic. Z says, “[Our] intention was to make a dance-pop record that was more literate and songwriting oriented, more than the dredge you hear a lot today. The beauty is all the technology is so modern. The perspective is modern. This record could not have been made before all this time. We wanted to take bits of things we loved and turn it around to make it our own.”

That creative spirit and collaborative process worked out. Their album was a hit, they’ve been touring with major acts, and they’re doing the festival circuit this year including a coveted Coachella slot. Z is thankful to be working with her best friends and she is especially grateful to the fans that have been there along the way. She says, “Music has been my whole life and it’s the thing I love most in the world. To be able to make it and listen to it, I hope people have that experience. I want to remind them that life is beautiful and all the pain is worth it for the moments that inspire you.”

You can see PHASES at any of their shows this summer find their tour dates here.
And watch this amazing video of their song “I’m In Love With My Life”