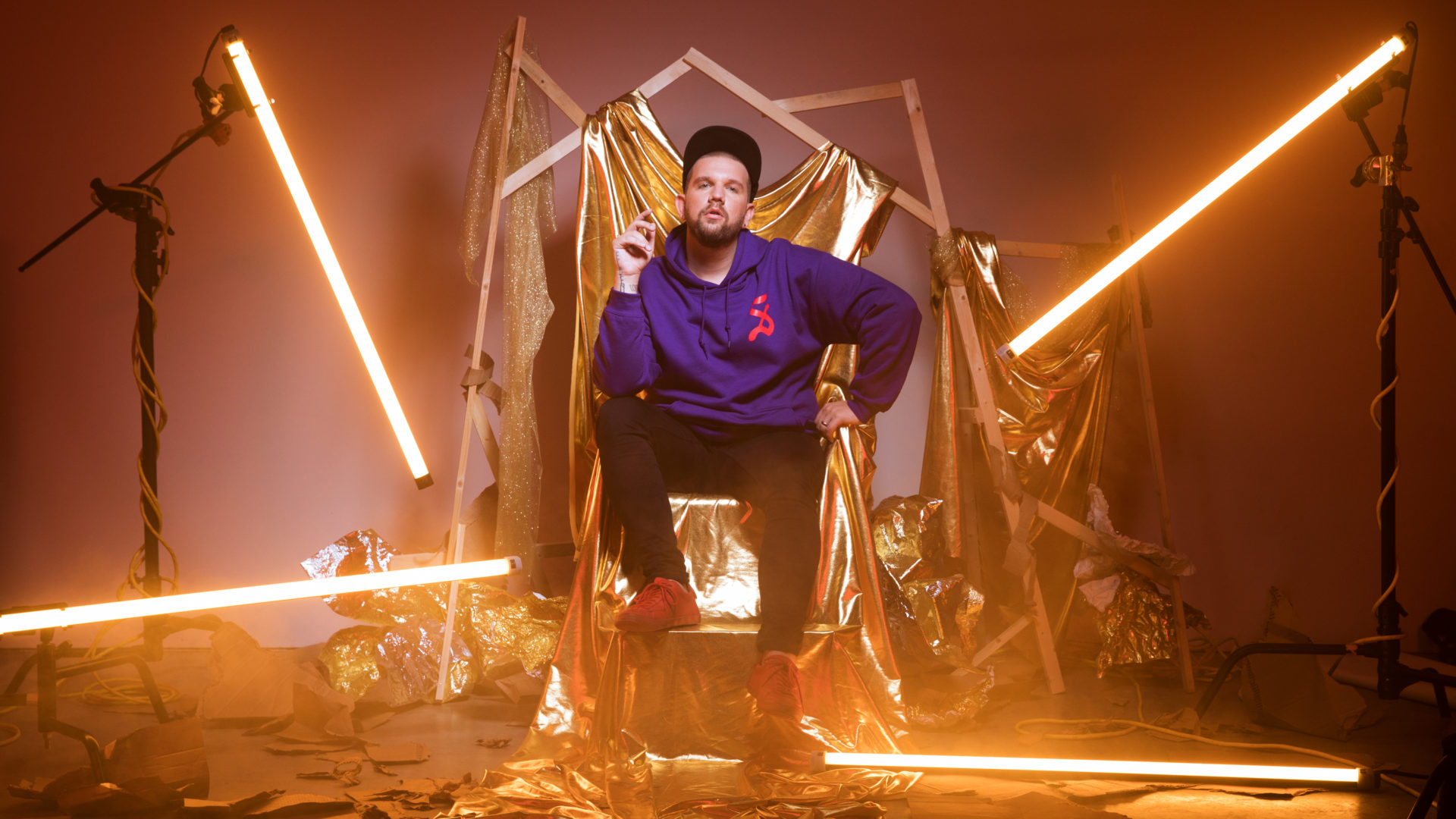 I’m constantly blown away by the artists I’ve gotten to talk to and Andreas Moss is no different. He’s bold, honest and nothing is off limits when it comes to his life or his music. I’m so thrilled to premiere his EP to the world. I haven’t stopped listening to it for the last week. I know you’ll all be just as obsessed as I am.

Andreas, I'm sure you get this a lot. How did your Christian upbringing influence your lifestyle and did you get any backlash from it?

A: Growing up in a conservative environment was difficult, especially because of my fluid sexuality. I have a lot of scars that have to be healed still from my relationship with the church, but God is still a big part of my life and I know the pain will fade in time. I receive messages on a daily basis telling me to “turn away from my sinful life,” but at some point you have to just be confident in what you know is right. People will always have a hard time understanding people that are different than them. It’s always easier to be afraid or speak death over people you don’t understand. Hopefully, me being open about these things will help progress more grace and understanding in people.

Tell me about your marriage and that journey. How did this influence you musically?

A: Like any marriage, mine has had incredible moments and very low moments. I have had a lot to write about! Haha. My emotions always flow into my music. If we are fighting or if we have just had the most amazing day ever, there is always something to write about. Regardless of anything, my wife is my person. I want to spend my life with her and we have to work on our marriage on a daily basis just like everyone else. Love is the most important factor in any relationship, and for me, that transcends all other things. I love her and she loves me beyond feelings or changing physiques That’s a wonderful place to be.

I know the album touches on sex and drug addictions. In what ways did your past get incorporated to this music?

A: Man, it’s very incorporated. Addiction has weighed heavily on me throughout my life. There has been times in my life where meaningless sex has played a big role and drugs naturally came along with that. I never really had a healthy view of sex growing up, so instead of associating with something beautiful or important, it was this shameful bad thing I wasn’t allowed to do. So I just lost myself and turned off all of my emotion and made purely selfish physical decisions. That might be fun for a while, but in the end, it starts killing you slowly but surely. I will always encourage people to connect love and sex with their partners because the latter can create a lot of unnecessary pain. I always want my music to have a deeper meaning, even if it’s pop! I always have something up my sleeve with how and why I’m saying things in a lyric.

I think it's pretty awesome and a wonderful thing you don't box yourself in musically or sexually. But in terms of music, who were your inspirations and who do you look to for inspiration?

A: I love people that make music without fear... that aren’t afraid to speak about the difficult topics. Growing up, I listened to a lot of straight-up pop. Beyoncé was a huge part growing up (Destiny’s Child) as well as Whitney Houston. I also listened to a lot of Christian music... Rachael Lampa, Stacie Orrico, etc. A lot of power vocalists influenced me. Now, my favorite artists are more message-based and creative on a musical and visual level. Stromae is a huge influence. He only sings in French, but the emotions pour through. I am Swedish, but unfortunately French is nowhere close to Swedish. Also his videos are insane! Beyoncé’s “Lemonade” had a massive impact. Jon Bellion's “The Human Condition”... All important messages with incredible visuals attached. That’s what gets me going.

Which song was your favorite to make on the album?

A: On this EP, “Dear Misery” means the most to me. I sat down and wrote that song on a piano in Atlanta in like 10 minutes. It was one of those moments where my emotions were so high that I could barely contain it. It was me doing my best to say goodbye to addiction and the result was this song.

A: Finishing up my debut, full-length album, which will most definitely have some epic visuals attached to it. I’m so excited to share it with the world. I’ve worked on it for almost two years and it feels wonderful that I get to release it soon!