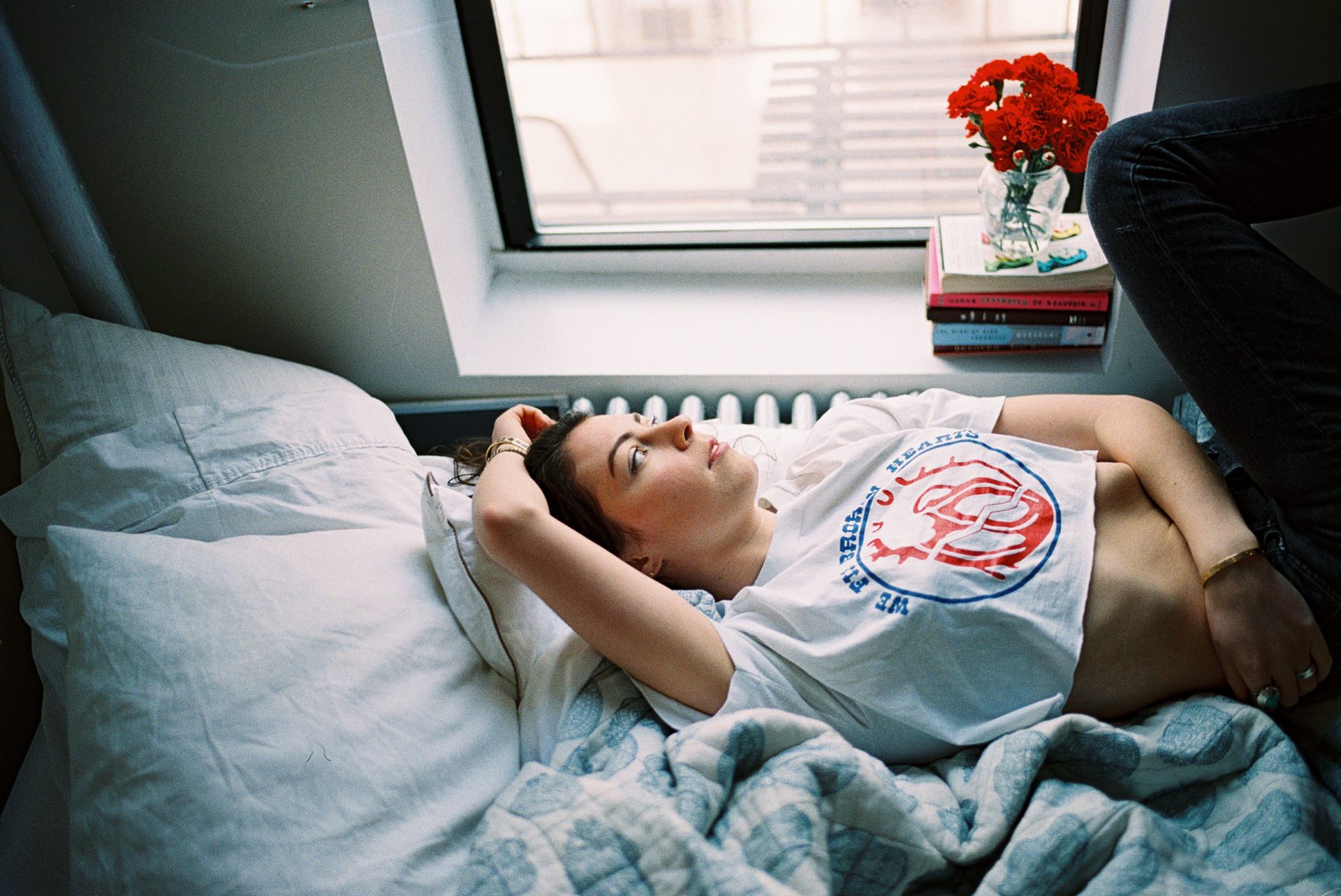 Anna Shoemaker’s break into indie pop is just what this scene needs. Her single, “What Am I Doing To Me” has racked up on streams and we are so excited to premiere  the music video today. The video is just as intimate as the track itself and it’s a cry of vulnerability and she’s just raw and honest.

Anna, how did you get started in music?

I’ve always written songs and sang and been interested in music. I think when I got really into it though was in college, I would play any coffee shop or bar that would let me and tape posters up everywhere on campus and around the college town where I lived in Boulder, CO. It was hard to get places to let me play because they usually had full bands playing and it was just me and my guitar but I think I annoyed the shit out of the booking agents with all my emails so I got a good amount of shows!

Tell us about your debut single, "What Am I Doing To Me?”

I wrote this song on my way to my friend’s studio in Brooklyn, I had to take the NJ Transit from Philly and then the subway from Penn Station so by the time I got his studio I started kind of singing what I had written and he quickly put chords under it and we finished it in a couple hours. I was in the process of moving to New York, I was signing a record deal, and just getting into a relationship so my head and my heart was really all over the place. Writing this song was really me just trying to make sense of it all.

How did you go about discovering your sound?

It took a lot of trial and error. I remember I had most of the demos done and I should’ve been happy but I was so frustrated-- I knew there was something missing but I couldn’t put my finger on it. I think a lot of that anxiety came from overthinking but I was working with a ton of different people and while that can be really great, I had just moved to New York and everyone was telling me what my sound should or shouldn’t be and I was overwhelmed. So the head of my label, Steve, suggested I go work with JT Daly, a producer in Nashville, and he really filled in all of those parts I felt were missing. We just sat and tried a bunch of different things. We weren’t talking about what is right or wrong, we just listened to a bunch of references and did our thing. A lot of what we did was taking things that are popular right now in pop music and messing with it, whether it be running it though a tape machine or whatever! Working with him felt natural and I honestly didn’t even realize how well it was coming together until Steve came down and we showed him and I saw his reaction. But with all that being said I think I’m still discovering my sound and it’s always sort of evolving.

I hear you've got more music and a video coming out soon. Can you give us a preview or tell us about it?

YEA so this music video started out as a silent film weirdly enough. I was working with Dave and Courtney of Thrice Cooked Media and we really wanted to make a video but none of my music was finished or out yet so we started on this strange little film idea. And by the time the film was finished I had just finished the first “What am I doing to me” demo and I played it over the video and it fit so perfectly, we decided to add a few performance shots and make it into a video. I loved making this with them because I picked out all my own clothes, did all my own makeup, got to get stoned, working with friends is the best because there's no pressure.

Probably getting to perform it. I have this one song on my EP (coming out in September), called East Side and every time I play it I get that same feeling I had when I wrote it.