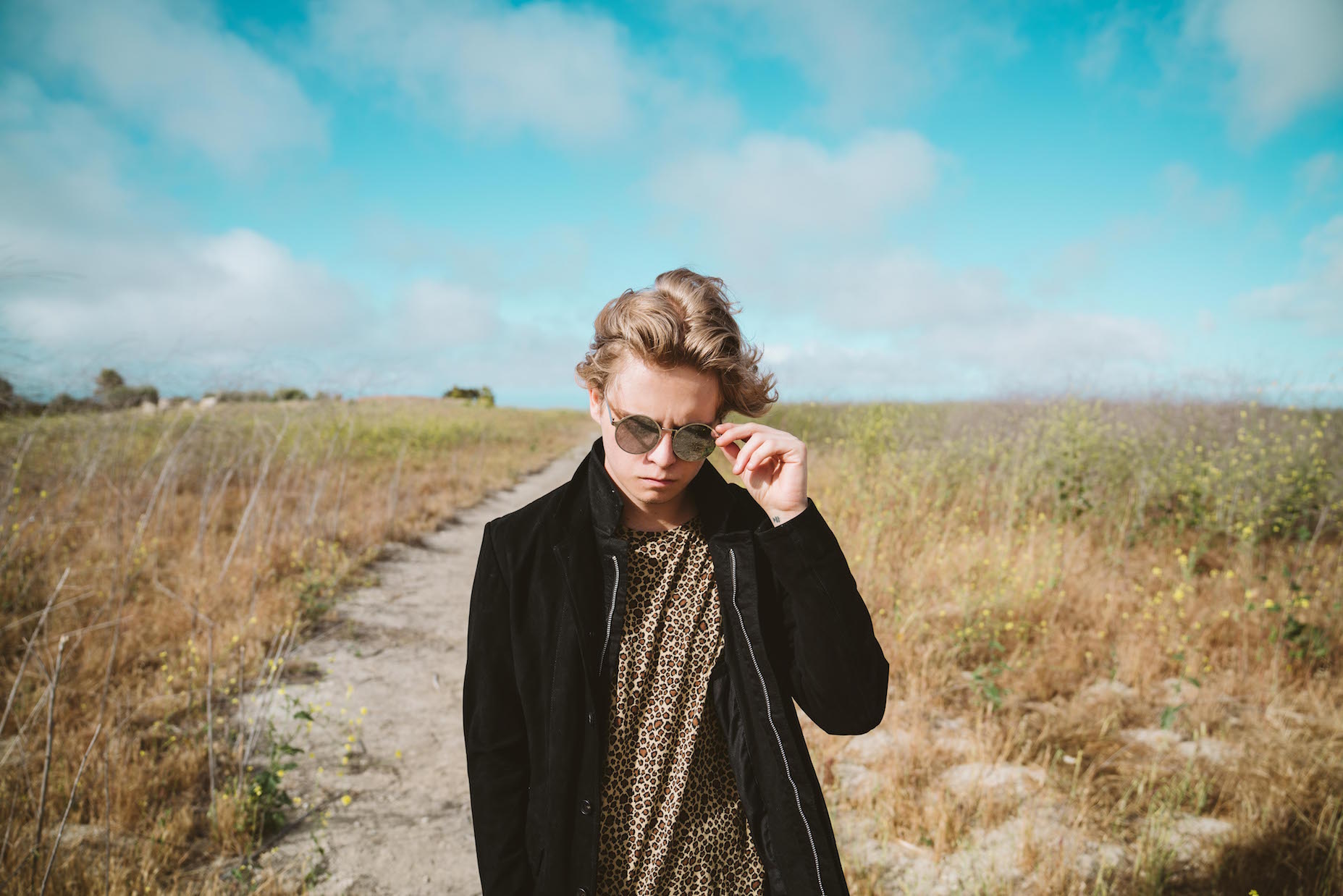 We are digging the vibes from Devin. His new song "Bad Habit" is not only super catchy but also super relatable. We all develop certain habits from the people we surround ourselves with whether they're good or bad. We talked to the upcoming artist about new music and what has been inspiring him lately.

Devin: Music has truly been a lifelong passion for me. My grandpa was a concert pianist and my dad is an accomplished film/tv music producer and mastering engineer. I have vivid memories of my dad taking me to get my first guitar when I was about 4 years old. It had really old strings on it and it hurt my hands. It was so hard to play that I picked up drums instead. I grew up playing in school curated rock-cover-bands while picking the guitar back up and learning piano. During high school I decided it was time to step up and start fronting a band, which I did for about 4 years. I wrote, recorded and released multiple pop-punk albums, co-producing with my mentor Pat Regan who’s produced artists like Kiss, Deep Purple, Mr. Big and more. Pat and I spent almost my whole high school career in the studio. He taught me the true role of a music producer, among a million other things. At the end of high school I was accepted to Berklee College of Music in Boston, which I just graduated from this year. While at Berklee I wrote, produced, and engineered for artists like James Maslow (Big Time Rush), Stone Temple Pilots, Mr. Big and more.

Tell me about your song Bad Habit, what’s the story behind it?

Devin: I think love has the potential to be our worst habit. I’ve found that in many relationships platonic or romantic, we have a tendency to adopt habits, phrases and lifestyles from each other. Many times this is a good thing because we like the people we associate with, so being more like them is not a problem. Other times we pawn off our bad habits on to the people we love, so really the love that connects is the true bad habit. In the song, I’m singing to someone who’s adopted my worst habits, hoping that they don’t notice that I’m the one pawning them off.

I wrote and produced the track at my home studio in LA.

Devin: So. Much. Music. Not only am I listening 24/7, but I’m also writing and producing every day for myself and others. I’m lucky to be surrounded with some very talented artists, writers and producers. They’re really the ones that push me to be better, sound better and write better.

Devin: My biggest challenge has been becoming my own worst critic, which I think you have to be. It’s really easy to be blinded by the fact that you created something. It’s really hard to say “hmm, maybe it’s not as good as I thought it was”. Part of growing up, being more open-minded and evolving your creativity is understanding where you are, where you’re going, and what you need to do to get there. Part of it is surrounding yourself with the right people, but an even bigger part is pushing yourself to be the best you can be.

What was one of the highlights for you?

Devin: If I HAD to choose one I think it’d be my first solo show in Los Angeles. We kept it real intimate, lots of friends and family. I got to play a lot of new songs live for the first time. It was amazing. So much love in that room, it was a very special night for me.

What’s you best piece of advice for young musicians?

Devin: This is tough because I learn something new everyday. That’s part of my advice. Be open minded, you never know who will teach you something new or game-changing. Don’t hold yourself to a genre, quality music is quality music, regardless of preference. Serve the song, go with your gut, write often, and with as many people as you can.