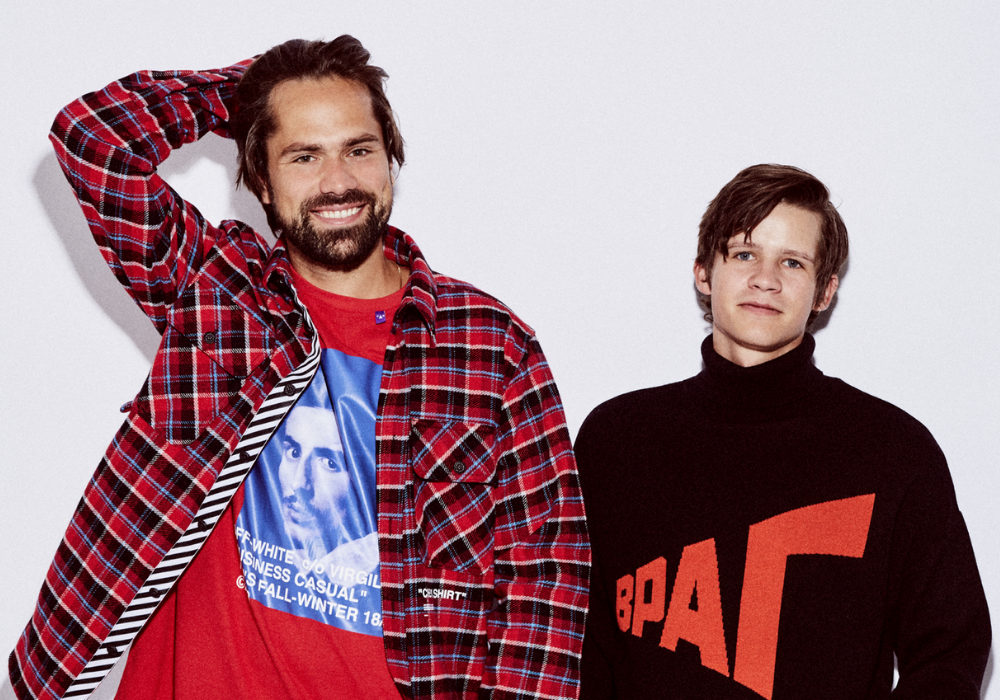 Lemaitre is comprised of Norwegian duo Ketil Jansen and Urik Denizou. Their latest, “Big” is following “Rocket Girl” with a Betty Who feature and if you know anything about me, you know I love Betty. Ketil says, “We were all on a Beatles vibe that day and wanted to try something that kind of sounded like that, but also sounded electronic and fresh. There are a lot of weird, out-of-tune sounds in the song, but big electronic drums playing the backbeat. For the outro, we played our own brass instruments (we can’t really play), to get a fun vibe going. The lyrics are about my parents’ late dogs (Ms. Big, and Mr. Small) and feelings around loss, and how someone so small can make such a big impact. It also came out of an idea that you don’t really die until you are forgotten, so if I wrote a song about them, they would kind of still be around.” We talked to Ketil about their new track and the video.

Ketil, tell me about the process behind creating, "Big."

Lemaitre: We made it when we were having a bunch of friends over for writing and hanging out. Everyone was on a 60´s pop rock vibe and wanted to do something Beatles sounding. Probably because of the mushrooms. The lyrics are about feelings around loss.

How does the video tie in with the song?

Lemaitre: It’s a Jim Jarmuschian version of a voyage to the afterlife where I will meet my dead dogs again.

How did you two form as a duo? And how did you get started in music?

Lemaitre: We met in high school and were messing around with production software and decided to take a year off before college to do music. Fortunately it started working out pretty quickly so we didn’t have to go to college. Sorry Mom!

I know you've got a few festivals lined up. Do you enjoy festival sets or smaller intimate sets?

Lemaitre: Both are nice, it really depends on the energy in crowd. Only thing that matters is that people have fun, that energy goes back to us, and then everybody ends up in a spiritual bliss.

What else can we expect from you guys this year?

Lemaitre: You can expect me to stay anxious, and Ulrik to complain about overhyped restaurants. We will also release more music throughout the year.

Anything you want your fans to know about you that you don't think they know already?

Lemaitre: Ulrik thinks now is the time to invest in crypto, and I’m really concerned about the rise in the US deficit.