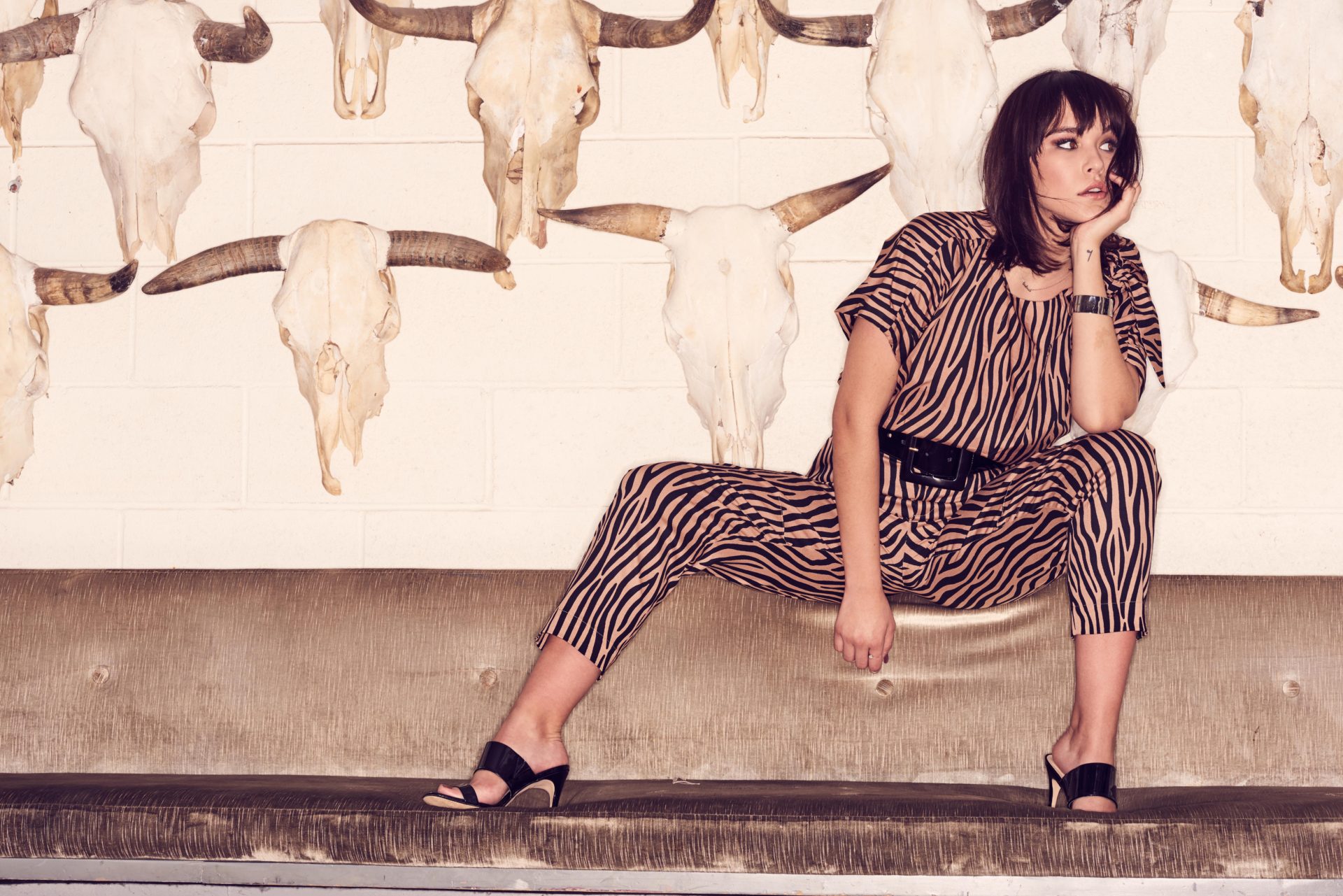 UPSAHL is one of the hottest new artists out there and her new song "The Other Team" explores something totally relatable. We talked to her about the new song and what's been inspiring her lately.

UPSAHL: I grew up in a very musical family. My dad was in punk bands all throughout my childhood, and I always had a band room in my house, so it was basically inevitable for me to be into music at such a young age. I started going to a performing arts school when I was 10, and it all sort of spiraled from there. I released a few albums and played a lot of live shows throughout high school and totally fell in love with performing. Being on stage gave me a rush that I couldn’t get from doing anything else, so I quickly realized that there was no other option for me. Music was the only thing I wanted to do. The Phoenix music scene was also so good to me, so I’m really lucky to have gotten my start there.

Tell me about your song “The Other Team”, what’s the story behind it?

UPSAHL: The day I wrote “The Other Team,” I walked into the session and said, “Let’s write a song about falling for a gay guy.”

I feel like we’ve all crushed on someone that ends up not even being into your gender, so I wanted this song to be a fun play on that. I’ll be walking down the street and see a really hot guy, and as soon as I start getting ideas, his equally as hot boyfriend walks up. Or one of my best friends who is gay will meet a hot guy and then find out that he has a girlfriend. It’s just how it goes!! Everyone is always swinging for somebody else’s “other team,” and I wanted this song to embrace that feeling.

What has been one of the highlights of your career so far?

UPSAHL: This whole year has been a dream come true for me. I got to move to LA, make music with badass writers and producers every day, travel, and I’m starting to put together a live show for touring next year. I just feel so lucky to be able to be creative and do what I love every single day. I would say 2018 has been a highlight for me so far, but I’m hoping to top it in 2019!

How do you make sure you stay true to yourself and your art?

UPSAHL: I don’t do things I don’t want to do. I was always taught to speak my mind and stand my ground, so I would say that I am  someone that is very secure with who I am and what I stand for. I’m down to try anything and am always open to new opportunities, but if something doesn’t feel natural, whether it’s in the studio, a shoot, a live show, etc, I won’t do it. The thing that makes being an artist so cool is that you get to be your most authentic version of yourself for a living, so I would never give that up.

UPSAHL: I think the most important thing to remember as women is that we are really fucking powerful, and that we need to stop comparing ourselves to other people. As an artist, it’s hard not to compare my progress to other artists, but this year I’ve been trying to get myself out of that habit. It’s way cooler to compare yourself to who/where you were a year ago because at the end of the day, that’s all that matters.