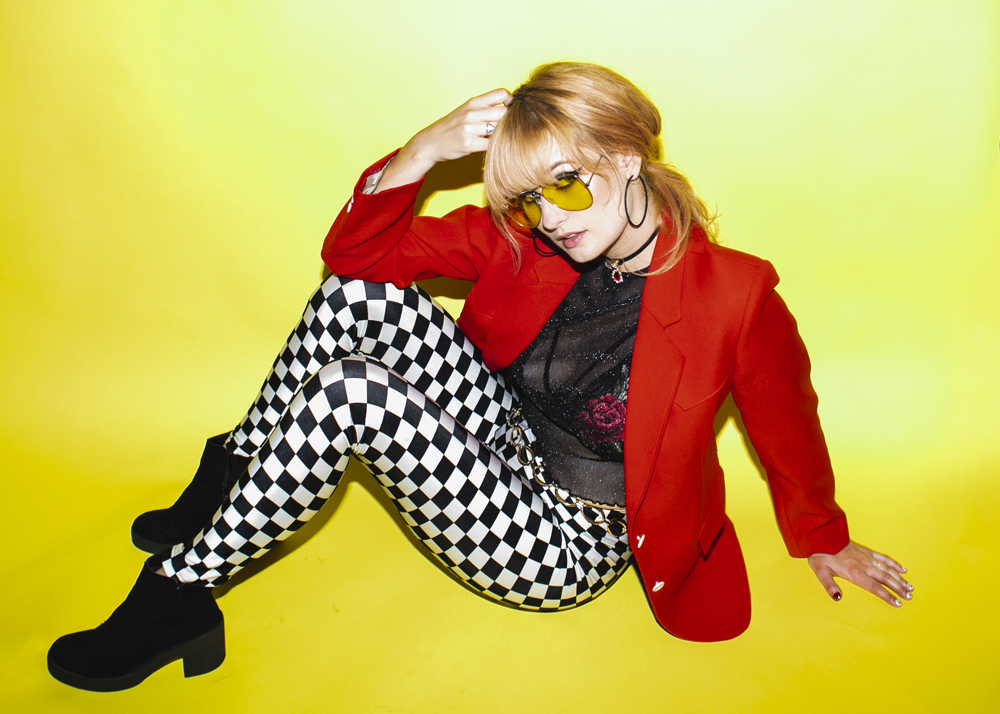 Blonde Diamond has the energy that kind of sparks a room. From the moment we met, I knew she was going to be an artist I’d add to my playlist. Her music is pretty moody with an electric pulse...think Lana del Rey mixed with Nancy Sinatra. Seriously, whatever she’s doing just works. I got to see her in LA as she prepped for her EP dropping in just a few weeks.

Blonde Diamond: Ah, the grand music bubble. I’ve been playing music since I was 6. I learned piano but I didn’t start playing in bands until I was around 20. I used to play in a dance rock band called Sex With Strangers but it was super fun and party vibes, but it wasn’t my band and what I wanted to do. After a few years, I started Youngblood and it was amazing because it was my thing.

Tell me about “Dark Place” and why you chose this for the next single?

Blonde Diamond: Basically, this song was actually written in LA last winter. I was writing a lot and going through some shit. It was written on a particularly gray, hazy January day. I was feeling lost and out of it..like I couldn’t do anything right. It was a song about me being a bit massachosistic and I will repeat bad decisions over and over until I realize the reason why I’m doing it and how to fix it.

Was there anything specific about the Vancouver music scene that helped form your sound?

Blonde Diamond: The Vancouver music scene is pretty diverse. There’s a lot of different punk and folk and pop bands that run in their own niche scenes. Because it is a small city, there’s a lot of crossover. There’s a lot of indie/alt-pop bands coming out of the scene now. Some of my favorites are Peach Pit and Little Destroyer who are both kind of our scene where we’re both dreamy and kind of aggressive.

Tell me about the EP, Fantasy Love.

Blonde Diamond: The EP encompases scenarios where I tend to overthink things a lot more than necessary. It’s a running theme. The first single, “Better When You’re Close” is overcomplicating a scenario with a crush. Fantasy love is an exploration of over-complicating things and being in my head a lot. It comes from the Andy Warhol quote, “Fantasy love is better than reality love,” where the idea is normally better than the actual thing. Sometimes you can meet in the middle, but sometimes your imagination can run wild but create something even more fantastical.

Stream her single “Dark Place” now until her EP drops next month!