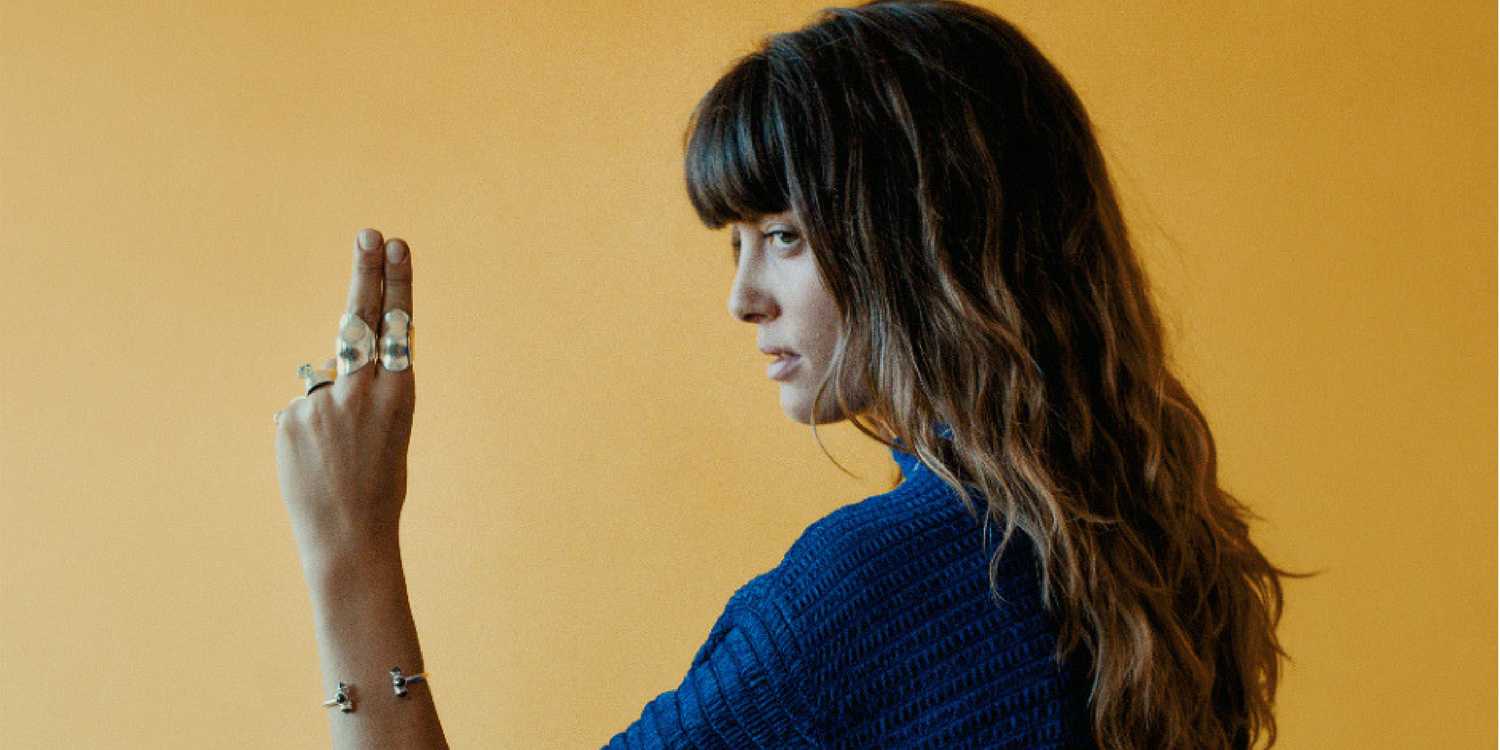 Noga Erez is hard to explain. Take one look at her ‘Pity’ video and you can see why. She’s not for everyone but I don’t think she wants to be. It’s an acquired taste but one that would follow in the paths of M.I.A. and Bjork. She makes a statement and her music stays with you. It’s entrancing and dangerous.

Her album “Off The Radar” is due for June 2nd and based on her two singles “Dance While You Shoot” and “Pity” it’s a masterpiece in the making. Her sound is so distinctive.

“The song ‘Pity’ was influenced by a sexual assault case that happened a few years ago,” Erez explains. “What made it even more alarming and upsetting for me was the fact that it was documented by several different people who were there when it happened. People stood by and willingly chose to film on their smartphones and then upload the videos and share them online. The presence of cameras and the violation of the victim’s rights and respect was completely disregarded beyond measure.”

Noga and her partner, Ori Rousso, are constantly discovering their sound. Their sound is born of conflict. It’s the push between different genres and different worlds of music and it’s constantly adapting and changing. She adds, “We don’t feel like we have found our own unique sound just yet, but searching for it is interesting and fun.”

The video for “Dance While You Shoot” is absolutely stunning and unforgettable. I can replay it in my mind even now. She explains, “We wanted to give the video an uncontrolled, bad-ass vibe while also presenting moments that felt real and genuine, and at other times felt almost fake and self convincing.”

“We wanted to create a dystopian world that shows different situations reflecting violence and desperation but giving it a touch of something beautiful and naive. Something that will express “dance” and “shoot” at the same time… choosing the color pink to express violence was inspired by Richard Mosse’s ‘Infra’ series. It’s a series that shows soldiers in the Republic Of Congo shot through an infrared film. The disturbing images in the series are colored with different shades of pink which softens them and make them really artistic and spectacular. We’ve tried to give a similar feeling to the video.”

Especially today, musicians can feel discouraged from expressing politics in their music. Erez thinks that concept is changing. She says, “It’s a positive thing that more musicians find that their music is a place to express their thoughts and opinions which can even, hopefully, create change. But, I believe that this also has to do with the fact that the world is becoming an extreme and scary place to live in. I suppose we all feel a sense of urgency and need to express that with our art.”

Their music makes the listener actually feel almost uncertain, a little shaky, it’s not calming. It’s startling and cerebral. Finding the style of music she wanted to make was one of her biggest challenges.

She says, “For a long time every new album that I would hear made me think to myself…’this is the music I want to make’. So, for a period of time everything I did was a bit all-over-the-place, which is not necessarily bad. But, I couldn’t find anything that would keep me focused and challenge me to dig deeper into a more specific style. It took me a long time to acquire the tools I needed in order to be independent and trust my own instincts and taste.”

Noga’s music reflects how she’s learned to live. As she puts it, “I have this idea of giving people moments of thought and inspiration, and at the same time offering escapism and fun.”

Noga Erez will be performing at SXSW this year and her new video for “Pity” is out today, and it’s beautiful and strange and I can’t wait to see her perform.