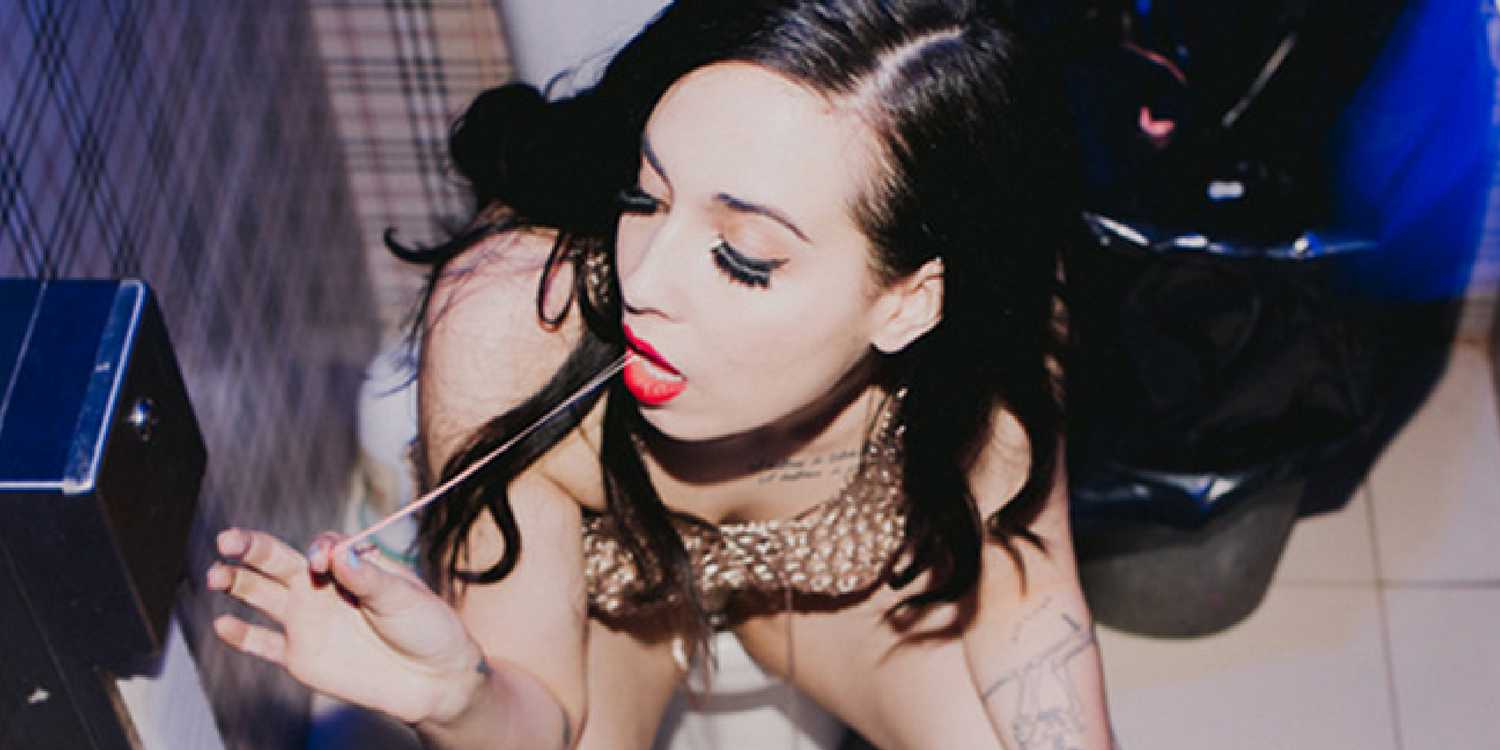 Sizzy Rocket is from another world. Her changing hair colors, her latex bodysuits, and her unapologetic lyrics make her one-of-a-kind. She grew up in Vegas and started out performing in a kids performance group. That’s where she knew that performing was where she belonged. Asides from her incredible persona Sizzy, she writes for countless other musicians, and you can always tell when there’s a Sizzy lyric, it’s just her personality.

Her infamous song “Bestie” recounts her experience of hooking up with her best friend, the song at face-value is campy and fun, but if you dig deeper it’s about a young woman accepting her sexuality intertwined with darker themes.

Sizzy says, “It’s about this night I had with my best friend, but it was a little bit darker. We were both in relationships and super young, we were both twenty, and there were drugs involved. I went in with Scott Hoffman from Scissor Sisters the next day to write and I was telling him about it and he was like “Oh scandalous, we should write about that” so it came out as this parody. I kind of wanted to make light of a darker situation.” 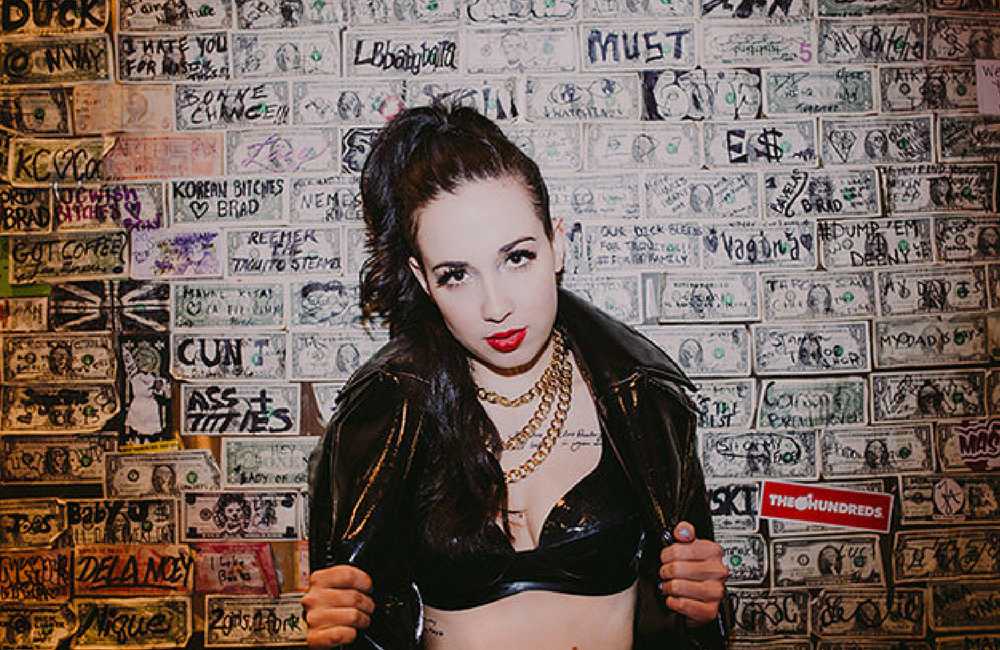 Sizzy’s message isn’t just for entertainment value, the campy lyrics of “Bestie” have been inspiring girls to come out of the closet, it’s allowed them to know that it’s okay. Her sexuality is definitely a main component of her music. She uses it as a tool for self-expression and empowerment. There is a double-standard in music for sexuality.

She says, “I get told all the time that I’m seen as this man-eater super sexually aggressive person, but I feel like men can be aggressive and it’s not a negative thing. My persona is emulating rock stars from the 70s like Freddie mercury, David Bowie, Iggy pop and they have their shirts off and they’re grinding and it’s seen as iconic but Courtney Love does it and we villainize her and we’re like she’s gross.”

Sexuality isn’t something women should have to repress, especially as performers. Sizzy’s fans have been nothing but supportive, They have a special bond with her that goes far past the stage. She calls them “the cult” and she’s their cult-leader. It’s based on the underground aesthetic of cult-classics. 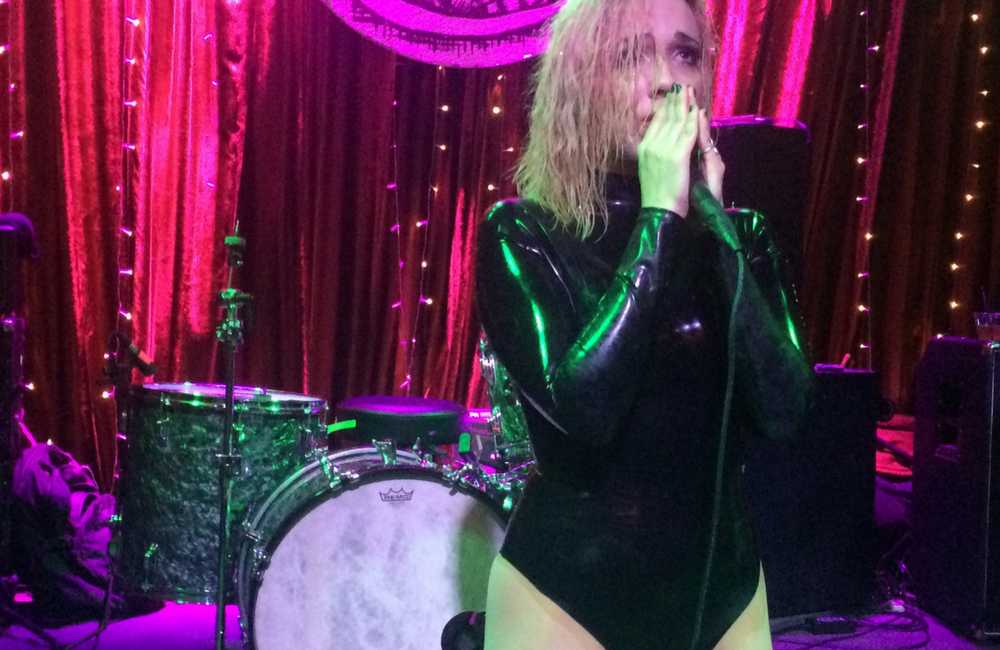 She says, “We’re always exchanging these political feminist ideas and sharing selfies and talking about standards of beauty. These kids are really informed for 16/15 year olds. They trust me. They’ll message me about their parents or ask me for relationship advice or what birth control they should be on. It’s beyond the music. That’s a huge part of it they’ll be like ‘I cried to “Champagne Room” in the shower and I love you so much and what should I do these kids are bullying me at school’ and I’ll talk to them. I feel like they can come to me with that because I don’t judge and I tell them what I think and they trust me. It’s a very unique relationship.”

The cult couldn’t ask for a better leader than Sizzy. She knows what her fans are going through and she knows how to help them. She feels like her role models were so inaccessible, and she wants to change that. When she had an age limit at her she tweeted to them saying she’d meet with anyone under age outside of the show. She genuinely cares. Often you see musicians avoiding their fans, being too-cool for them. Sizzy is more than an artist to them, she’s their friend. She doesn’t hide out after shows. You can always see her talking intently with a fan.

Sizzy’s advice to her cult: “I would say it’s okay to feel things really deeply. A lot of times—I can’t tell you how many times—girls talk to me about depression or they say “this boy doesn’t like me because I was too emotional”, or anxiety, and I just want to say it’s okay. All of that is totally fine. Just find a way to get it out, make zines, do your art, or music, or ballet or make movies on your phone. It’s okay.

Follow Sizzy on Twitter to keep up with her and her cult, and watch her video for Thrills.