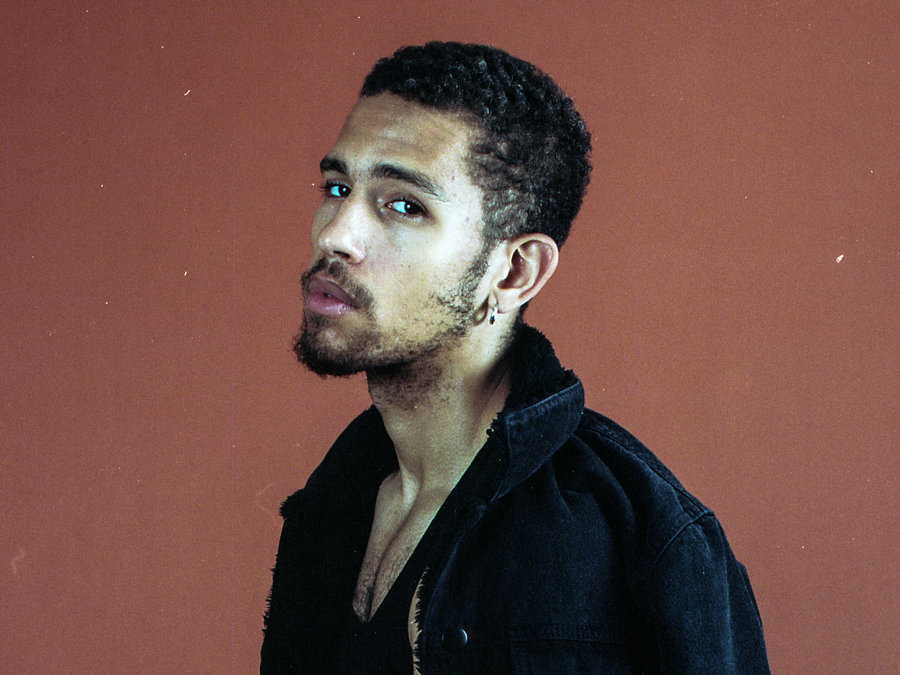 NoMBe has been on the rise. He's caught the attention of everyone from Pharrell to Kylie Jenner and his music is so gorgeous it's easy to see why. We talked to him about upcoming projects and what's been inspiring him lately.

I've been making music since I was five or six and started back in Germany with piano lessons. Then when I was a teenager, I started producing music, and I was really into making beats, and I was obsessed with hip-hop and house music.

What would you consider the turning point in your career?

Probably coming to LA, releasing music, making myself more accessible for my managers and labels. Then playing shows and putting out more original music.

Can you tell me about your upcoming project?

And can you tell me at all what's been inspiring you lately?

I've been listening to a lot of scores again, Japanese scores actually, like anime. So, when I was a kid, I liked anime a lot. There's something really special about Japanese composers, I think. And what else? I mean, in my home, I listen to a lot of psychedelic rock stuff, Brazilian music, and all kinds of things.

And what has been kind of one of the biggest challenges you've faced in your career?

Just maneuvering the industry and politics, that's always a challenge. But I think originally it's just like you try to find a sound, and you try to convey to people what vision you have and it's hard to get people to help you at first when you don't really have any track record.

I read that you have an all-female backing band. Why was that important to you?

Well, the last album was dedicated to women and about women in my life. I was going to hire a new band for the live show and I had to let go of some dudes that I was playing with before and I thought, "Why not try to hire some girls?" And then my manager was like, "You should do an all female band."  So there was this kind of-- a lot of things came together, you know? And then we gave it a shot. I knew a couple of the players before and I knew they were really good players.

Do you feel like kind of male artists need to work on lifting the female musicians as well?

I definitely think so. I think it's a lot of things that come together. I think overall there are realities also that there are fewer female players because I think it's not so much encouraged by parents. I think it's very rare that somebody buys their five-year-old daughter an electric guitar.  I think a lot of males they have like this presence and an arrogance about things and my players, the girls, they're very professional. They take notes, they take them home, they're prepared and I really like that.

What is the main take away you want your fans to get from your music?

I want to make people feel good. So I want to make people think and get into a place, like a world, that they can escape too. And I think it's their personal story and obviously, you kind of have to also care about what I'm saying but I hope people can find themselves within that.

That makes sense. And what would be your best piece of advice to a young musician?

To do the most with what you have.That's the most important thing. Because a lot of musicians they're like, "Oh, I can't afford a mixer. That's why I'm not successful" or "I can't afford this" or "I'm not a good piano player", but it's like everybody who has ever been successful, all they did was make the most of what they've got in any given situation. Whether it's network, whether it's your words, whether it's being clever with marketing or knowing a few people in certain areas. There's always a way to go and be creative.