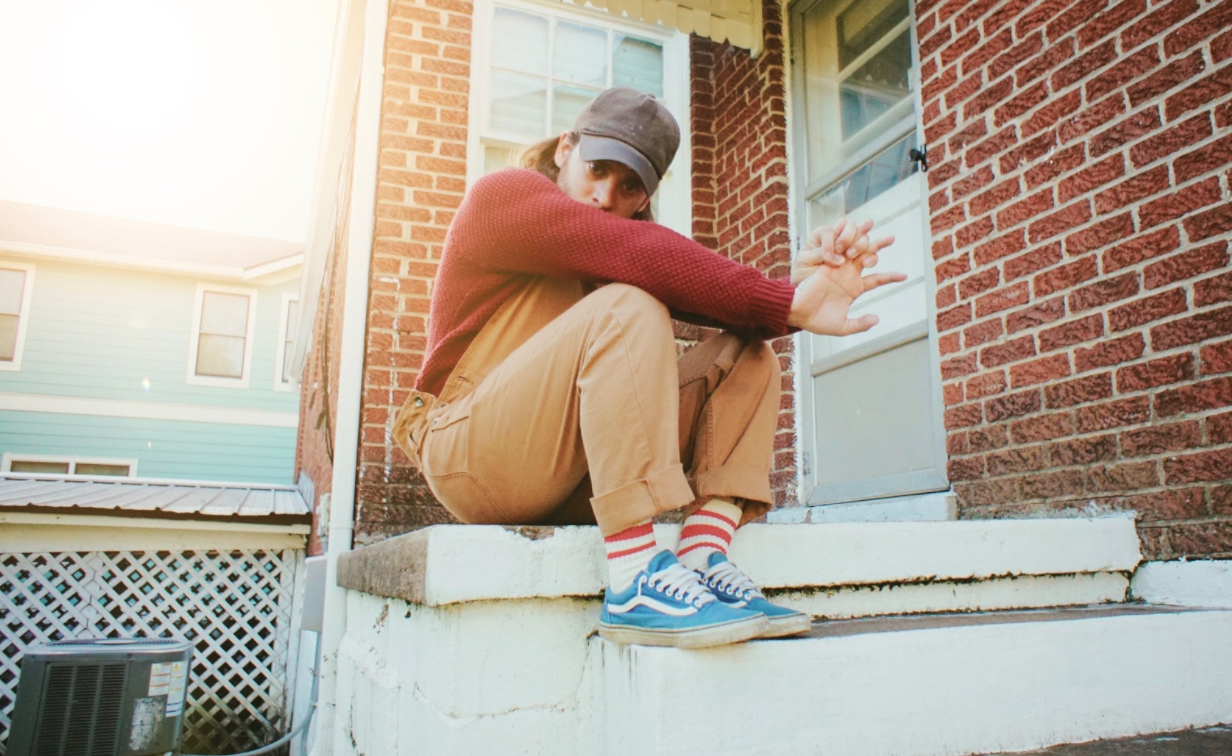 I’ve known Jake for years and seeing and hearing him transform has been so incredible. From the first time I heard “Cul de Sac” play, I’ve been anticipating a full-length project from him. This album is everything you expect from his moniker, PHANGS. It tells a story from front to back, and it’s exactly how you should listen to it. What started out as a project for the fans has become much bigger and this was worth the wait.

I know he’s worked extremely hard on his debut album so naturally we officially met and discussed it via FaceTime to talk about it.  It’s out now so if you haven’t streamed it yet, get to it.

I know you’ve worked on this for months! But I know one track stands out the most because of the collaboration with Bonnie McKee. Tell me about that!

PHANGS: I got to work with Bonnie McKee who is an idol to me. We wrote “When I’m All Alone” together and she is a legend to me. I went to her house and we talked about the dislikes of LA and she was just going through a breakup so this was just a song to feel good about and listen to when you’re alone. It’s just empowering sometimes to be alone and deal with your shit. We created this last summer so this wasn’t intended to become a quarantine song at all, it just worked out that way. I actually wrote this about my wife and having that alone time when I’m touring to talk to her and just catch up.

Because this was your first album, was it hard to narrow down the song choices?

PHANGS: So prior to the album, I was signed to a label for a year and they suggested I create a full-length album. I remember writing the songs and recording and listening and realizing my fans expected a certain sound from me and this wasn’t it. I knew they would hear the album and know that it wasn’t me being authentic so I scraped the album and restarted the whole process.

Who would you say are some of your inspirations?

PHANGS: My mom and I would listen to Michael Jackson, Prince, Janet Jackson and TLC; and I still love those artists today. These are artists that were the reason I fell in love with music in the first place.

What do you want listeners to feel when they listen to your album?

PHANGS: When I created this album, I flashbacked to my 8th-grade year where I was most impressionable and I remember I would buy a CD, go to my bedroom and shut the door, and play it front to back. I’d study the liner notes, read the credits.  I wanted to create an album that should be listened from front to back for my fans. For me, it’s an album of going into your room, dealing with your shit and going on about your life.

What song are you most proud of? Which ones stand out the most?

PHANGS: I love them all. I worked with Danny G in Nashville on “Powerline.” This song came very quickly. Danny is older so he understands authentic 80’s music so he played me this progression and I was mumbling lyrics into my phone and I told him I was finished. He didn’t believe me, so he played the music and I sang for him and once that was over, we went to record. “Can’t Wait To Tell You” is special to me. I wrote it about my son and “Good, Now” is about my now wife.

You’re so consistent with the fan interactions and engagement. What’s something you want to credit to your fans?

PHANGS: Haha, honestly, all of this is their fault. PHANGS was supposed to never be this. I made the moniker because my real name is Jake Germany and I wanted to just do a publishing deal and create songs for other people. I didn’t want to tour, I thought if I wrote the songs, I’d be able to stay at home and chill with my family. I created an Instagram and put three songs out, but people resonated with them and they demanded shows, demanded merch. I played a slot at SXSW and I remember this kid coming up to me and he told me he was from Oregon and he bought a badge just to see me perform. He asked me to sign his badge before I went on stage and after the set, he rolled up his sleeve to show me his PHANGS logo tattoo. After that, I was so emotional, I went to get the teeth tattooed on me, too.

But, yeah, I care about the fans a lot. The fans mean more to them than me and It’s a collaborative effort between us. When I write a song, I’m always asking myself which part they would sing. I am very lucky. I didn’t ask for this, but I’m glad I have it.

I saw you went to the Black Lives Matter march in Nashville. What do you have to say to having the status that you do have and using your voice to stand up for others?

I think being an ally, in general, is crucial. Whether it’s for people of color, sexual orientation, whatever because at the end of the day we’re just people. We’re humans and I know I have fans of different backgrounds. I have people from the queer community tell me that they’ve used “Good, Now” to come out to their parents, and I wrote this about my wife. I know that my music means so many different things to various fans. Now, as a dad, I realize my voice is more important than me being an artist. I want my kids to be whoever they’re supposed to be and that they should support everyone and learn from others. My wife, Hope, was a little nervous just because our kids are so young, but she was overcome by George Floyd calling out to his mom and she immediately said she had to do this. My kids don’t face this right now and I know they may never will, but I want them to look back on this and see that we set an example as a family. They need to know that their voice matters and I want to set a great example for them.