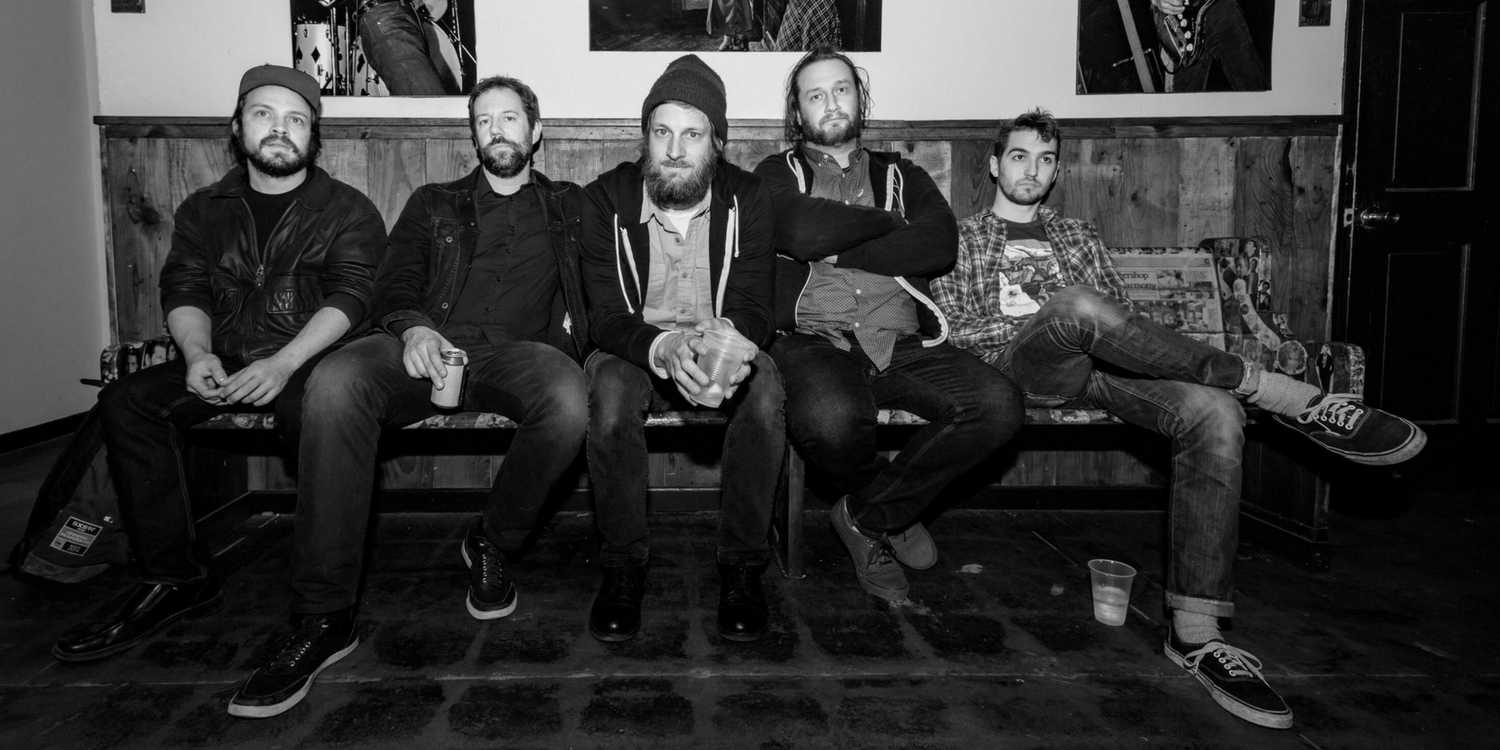 Last year I saw Quiet Company for the first time at SXSW and I was so mesmerized by their powerful performance and perfect alchemy of melancholy and anger. I thought it only best to catch up with them again this year. I sat down at Shady Grove with Taylor Muse and Bill Gryta after their third SXSW show to talk about the direction of the Austin live music scene and their new songs.

Part of Taylor’s charm as a frontman and artist is his unfiltered honesty which is reflected in both his songwriting and his opinions on the music scene.

While most artists gushed about the opportunities that SXSW gave them. Taylor says, “I don’t know, anything can happen and there’s a lot of important people here this week. We’ve had years where we had these amazing shows and years where we thought we sucked and both of those situations come to the same end. Nothing really changes, for us anyway.”

That validation is key, it keeps you relevant and even if you’re playing in smaller rooms for smaller crowds, it means you’re still important. Especially for local Austin musicians, SXSW serves as the perfect backdrop for a week of shows, where the industry is right at your doorstep. However, Bill agrees that comfort can kill the ambition in the Austin music scene.

He says, “Partly I think it’s because in a way it’s a comfortable lifestyle. It’s not like Lady Gaga moved to New York and her dad said she had a year and then he wasn’t paying her rent anymore. It’s not like that here. You can live comfortably, the cost of living is cheap and the community is supportive. You’re not really forced to break out.”

Quiet Company has made Austin their home but that doesn’t mean they aren’t adjusting to the changes in the industry. They have a new EP out now ‘It’s Not Attractive and It Changes Nothing,’ and they plan to continue a series of small releases in order to keep up with Spotify trends and streaming. Taylor adds, “The goal is to put out a new record every two or three months in the next year. It’s ambitious to a fault.”

They’re going into the studio with Frenchie Smith to produce a five song EP. This is also a solid time in the band’s lineup, which has been in flux for a while.

Taylor says, “A lot of things were up in the air at the time. Who’s a hired gun? Who’s a band member? I personally was very burned out and I needed to creatively recharge. It’s my favorite lineup that we’ve ever had. I feel like this is the lineup, this is it. I don’t want to restaff Quiet Company. I’m bored with doing that, but we’re all creatively on the same page. I’m ready to make a baller rock record together.”

Using the Release Radar and the Discovery features on Spotify is actually a game-changer. It’s something that a lot of fresh acts do, that’s why you’ll see artists releasing singles for a year before they ever do a full album, it’s all about building hype. It’s refreshing to see bands playing into the current that way. Especially more established acts like Quiet Company.

Bill says, “I’ve thought about this from an artistic standpoint. I was a fan of this band for like 8 years before I joined it. It makes a lot of sense because your songwriting is about your life and experiences. Without going through [Taylor’s] personal life in this interview, If you go through a bunch of drastic changes and developments in your personal life. Why not as you write them, as you feel them, it’s an impressionist sort of thing. As we process these things artistically we release them.”

Essentially it’s like being able to process events and the artist’s life as they’re experiencing things, it’s more timely and interesting.

Bill adds, “Well the first records are about being young and in love and the new records are…they’re about…” and Taylor cuts in, “being old and the opposite of that.”

When I asked Taylor if he was seeking more commercial success by adapting to musical trends, he responded with a quick and solid “No” before I even finished my sentence. Bill laughs,“You mean for commercial success? Then yah, but we’re not doing that. We’re just stubborn.”

Their new music is that amount of stubbornness, it catches on to the maturity of ‘Transgressor’. It’s catchy, it’s angsty, it’s a little harder. Musically, it’s so well done. Lovely horn arrangements in “On Single Moms” and a thrashing energy to “Get Beside Me Satan.”

I ask them if they have to find a happy medium between music that sells and staying true to themselves.

Bill says, “You want it to be something that reaches people…if you write some insanely obscure avant garde piece about the human condition and know one gets it then you’ve failed.”

He adds, “You can’t will things to be popular, if the market is not there it’s not there. I think it just means it requires more sacrifice to look for it. That’s one thing Spotify does really well, those discover weekly playlists, they’re pretty consistently good. I think that aspect of it is big.”

Bill says, “For better or for worse [Spotify] is the king of the castle now. As far as artists making a living it presents a challenge. We have Stockholm syndrome now, we love our captor.”

Stream or buy their new EP, and follow them on Spotify to get updates on their new releases.