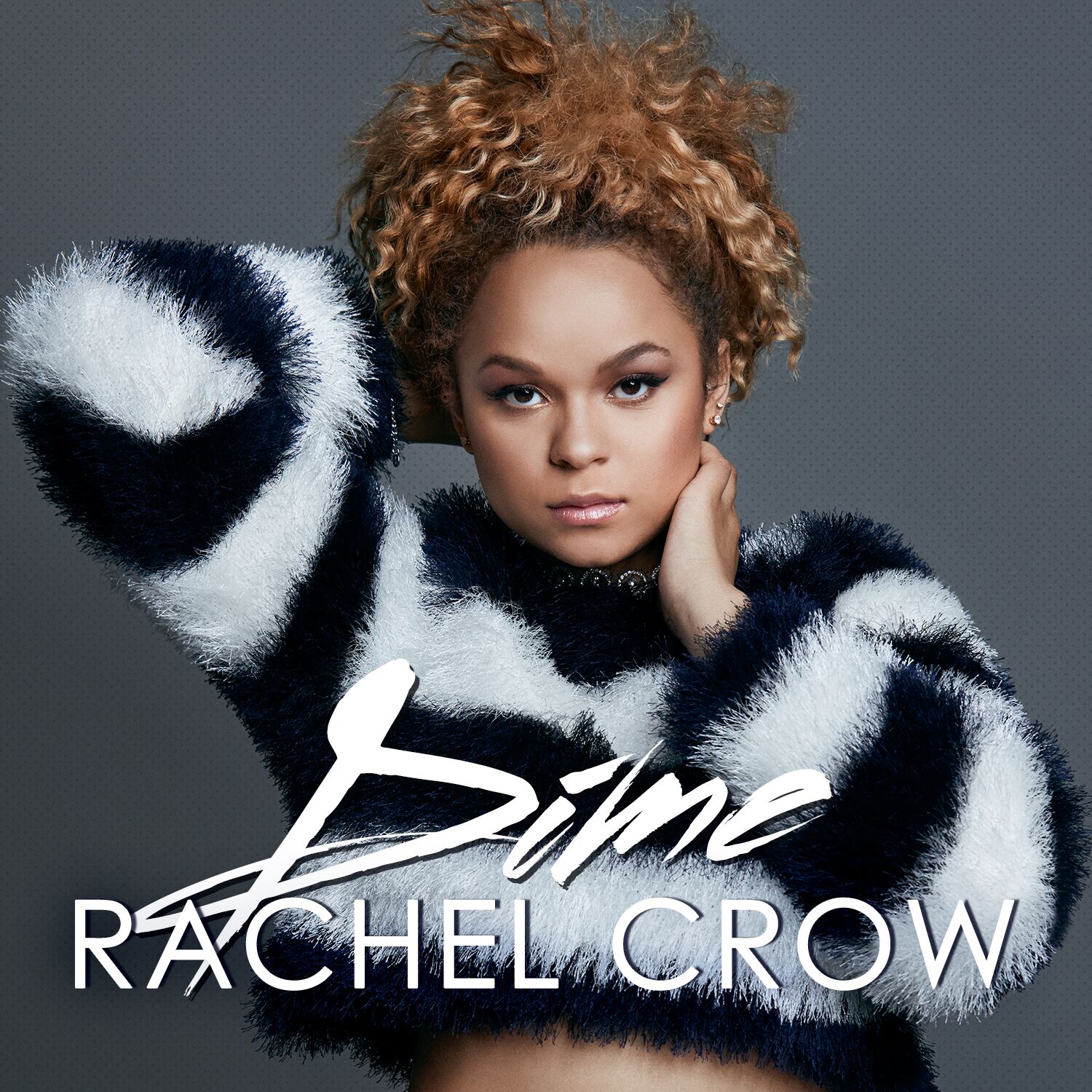 Rachel Crow is a woman of many talents. Her incredible song “Dime” has been stuck in our head nonstop and she stars in the critically acclaimed movie “Deidra and Laney Rob A Train.”

Rachel got her first step into the music world through the X Factor. Now, I don’t usually watch the X Factor but look up her audition of “If I Were A Boy” and tell me that doesn’t bring you to tears. Seriously, can you imagine being 13, having that voice and having to face Simon Cowell. I couldn’t.

She says, “It’s hard to be that young and be on a reality television show, actually any age on a reality show, that was so significant and it was rough but at the same it was a really good experience for me. I learned a lot and I grew a lot.”

What a lot of people don’t realize is that those reality shows aren’t a ticket to success, it’s rare that even the winners make a large impact in the music world. It doesn’t just take talent. It takes originality, perseverance, and a knack for business.

Rachel says, “I put out a five song EP when I was 14 and it was hard for me, especially now, to come back as a new artist. What I’ve worked on for the past years was building a team of people who I love and have my best interests in heart and are working toward what we envision for my career in the long run.I think it’s important that they understand the work. I’ve been figuring out who I am now.”

She’s grown up so much since that EP and as you can tell from her incredible single “Dime” she’s really come into her own sound and style.

She laughs, “It’s different because I’ve grown up so much! Obviously when you’re 14 you can sing about heartbreak but you don’t know much about it. In every aspect of my life whether I’m having a great day or a bad day, it’s me pulling from my experience. I’m living my life and learning. Also, I just love to read, I read so many poetry books and it’s really influenced me and it’s what I want to show people. Sometimes you don’t get to see the depth of a person as an artist and I want people to know they’re really getting a look at life.”

Asides from being an incredible singer, Rachel is also an actress, she was in the highly acclaimed Netflix movie “Deidra and Laney Rob A Train.” Which if you haven’t watched, it’s about two young girls who rob a train to pay for college. It’s highly original and a beautiful story.

Rachel says, “It is the most beautiful and important film because it’s about this town in America that is full of different types of people and that’s what makes the movie so good. It’s iconic to me. We went to Sundance and we got up stage and talked about how important it was. The two lead roles are African American women. Nobody has said [the movie] is just okay, they truly love the film and they tell me their favorite parts. So much love, blood, sweat, and tears went into it.”

Of course, there’s a lot of difficulty being a singer and an actress. Rachel says she has an incredible team to help with that and she jokes that her manager just tells her where to go, but she tells me that overall it’s so fulfilling and overwhelming, especially when she gets to be a part of a film as interesting as Deidra and Laney.

One thing that Rachel is passionate about is supporting women. Especially in the entertainment industry where women are almost groomed to knock each other down, she says it’s more important than ever to build each other up and be supportive.

She explains, “I think life is so difficult for every single person in every single way. Women forget that we go through the same things, maybe in different ways and in different magnitudes. We’re all so unique and different and we need to come together and build each other up. It takes so much more energy to be a jerk than to be nice.”

She’s learned a lot along the way and we can’t wait to hear her new music, and having started in music at such a young age she already has the maturity and wisdom of someone twice her age. Her best to other young women is to just follow your heart and listen to your gut.

She says, “This sounds like a cliche, but it’s not, follow your heart, because you’re going to have millions of people telling you what you should do; what your body should look like, what your mind feels like, how you come across, but at the end of the day you go to sleep with yourself and wake up with yourself. You’re the one who has to deal with how you feel. Following your gut is the best way. I ask people for help all the time but at the end of the day it’s you, and if you believe in something and believe that you’re right, you can’t be wrong.”

Rachel is already such a powerhouse we can’t wait to hear her new music! Listen to Dime if you haven’t yet, follow her on Spotify, Twitter, and Instagram: @iamrachelcrow